The twinning of the Kinder Morgan Trans Mountain pipeline, the Trans Mountain Expansion Project, has generated considered discussion and debate. You’ve probably seen your fair share of handwringing, whether about the project or the delays it has encountered. Much of it has, unfortunately, been premised on a poor understanding of the risks as they stand. All-too-frequently, opponents of the TMEP fan fear by pointing to concerns about oil tanker safety that are at odds with what the experts say or misrepresent the probability of risk. Now’s the time to clear some facts up.

Marine safety must always be considered in the context of any proposal to transport oil & gas products by tanker. What’s clear is that it has been. The National Energy Board subjected the project to careful review, as did the Province of British Columbia (met after due diligence by the previous provincial government).

The TMEP stands to deliver for Canadians and our economy on a large scale, to the tune of $46.7 billion of combined impact of government revenue from construction and the first 20 years of expanded pipeline operation. Here are five reasons that we can be confident about the safety record and the risks of marine transport to get Canadian oil to global markets. 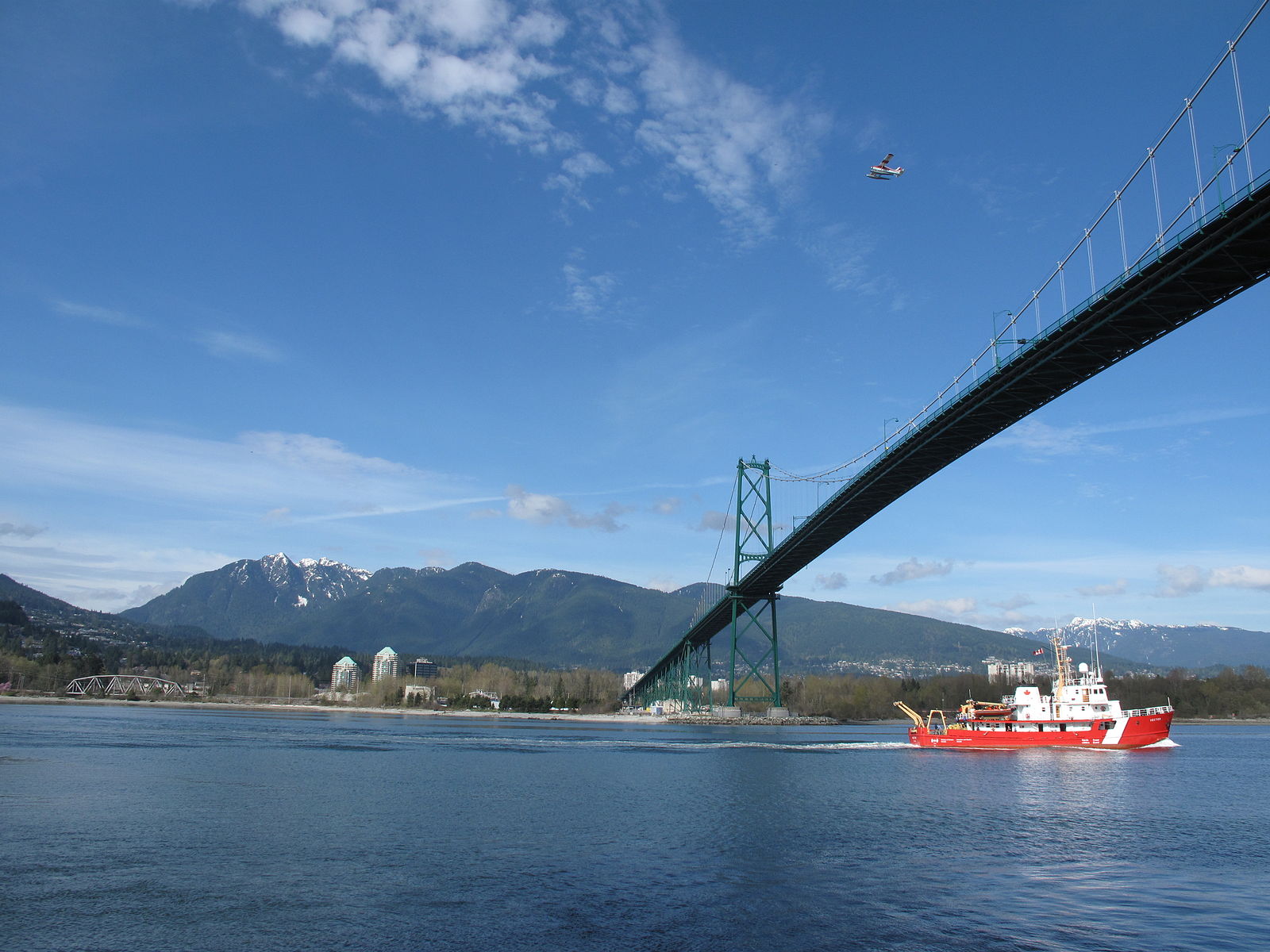 1. The existing pipeline has been operating since 1953 without a drop of oil being spilled by a tanker visiting its terminal.

At times, opponents equate the risk of spills occurring on land with the risk of a spill on water. It is inaccurate to conflate them. As safe as land transportation via pipeline is, tanker transport is subject to even more rigorous safety requirements, which are internationally regulated.

In fact, at no point since 1953 has oil been spilled by a tanker visiting the Westridge Marine Terminal.

2. There is already a substantial amount of tanker traffic in the region.

The risk of a cargo oil spill already exists, at a manageable level, in the region. The probability of a spill from cargo oil for the entire study area would remain similar to the existing level after additional marine safety measures have been implemented.

Indeed, these measures are going to be considerable.

3. All reasonable measures to prevent spills are being taken.

- Expansion of the use of tugs that will now provide laden tankers with tug escort for the entire passage through Canadian waters between Westridge Marine Terminal and the Pacific Ocean,

- Increased local pilot use to navigate vessels, and

4. With all required risk-reducing measures put into place, it is conservatively estimated that a credible worst-case oil spill from a tanker transporting crude oil from the project could occur once in every 2,841 years.

In addition to a tanker accident being extremely unlikely to happen in the first place, there is no credible reason to believe the entire contents of a full tanker could be lost in a spill incident – standards put in place over the years have made it incredibly improbable.

The type of tankers slated for use yield a dozen separated compartments. Even in a worst-case scenario spill, at most two compartments could be lost, experts indicate. 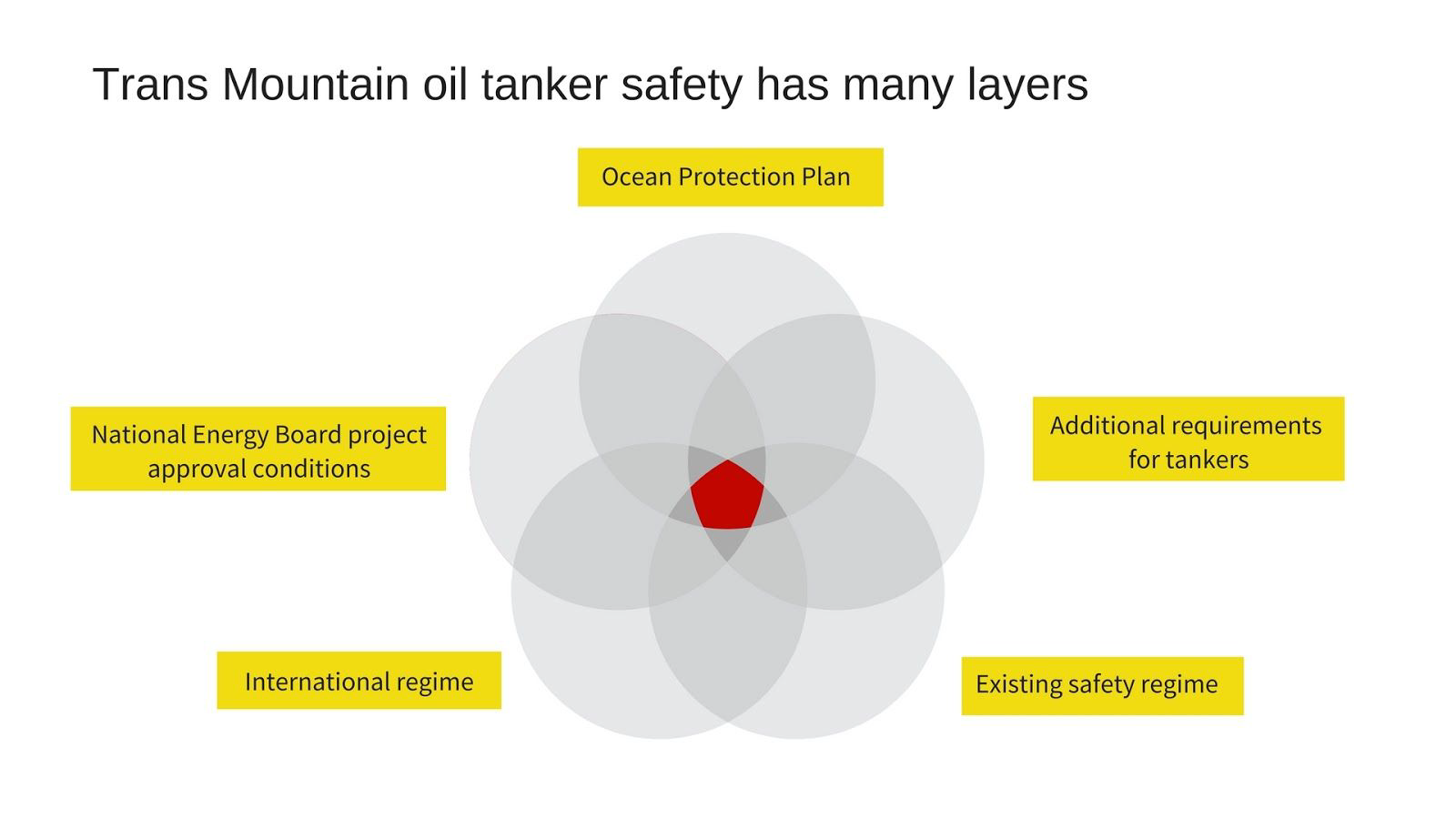 There will always be those for whom nothing in the tanker and spill response measures will mitigate other concerns they may have. It is worth working to separate those concerns from what is actually happening in Canadian waters to improve shipping safety. No maritime safety program, no matter how complete, will satisfy those for whom safety is a proxy issue for other concerns. But British Columbians can rest assured that from a technical standpoint, we can be confident in the safety of marine transport for any products carried by the twinned Trans Mountain pipeline.

To learn more about the safety check out our comprehensive Citizens’ Guide to Tanker Safety & Spill Response on British Columbia’s South Coast.