Another century, another pipeline

In 1956, the Liberal government of Louis St. Laurent was tasked with defending the decision to establish a Crown Corporation in order to build the Trans-Canada Pipeline. Sound familiar?

The pipeline controversies of 2020 are nothing new. Sixty-four years ago, the Canadian Parliament was in embroiled in a scandal about the financing of the Trans-Canada Pipeline. The private sector wouldn't invest in the costly project to carry natural gas from Alberta to the East, and a great debate erupted when St. Laurent's government created a Crown Corporation to get the pipeline built. Considerable opposition from the Progressive Conservatives and the CCF threatened to delay construction, and the Liberals moved to limit debate. That decision would cost the Liberals their government.

Thanks to these measures, the bill passed and the pipeline was eventually completed in 1958 -- a real technological accomplishment for the time. But its political consequences were considerable. By 1957, the resulting brouhaha had contributed to the Liberals defeat. 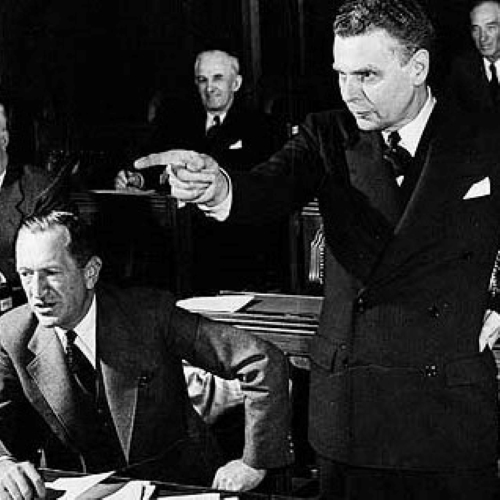 The former Minister of Finance, the Hon. Walter Harris, spoke in defense of the project frequently. Once hailed as a potential successor to Prime Minister St. Laurent, his part in the Pipeline Debate contributed to him losing his seat in the '57 election. John Diefenbaker (pictured above) became Prime Minister.

Tomorrow, the Federal Court of Appeal is due to release its decision on the Trans Mountain Expansion Project. Although a final avenue for appeal remains, regardless of whom the Court sides with, other outstanding challenges to the project have already been dismissed by the courts, including the one by the Province of British Columbia.

Seemingly no less controversial than the one in 1956, construction for this inter-provincial pipeline is nevertheless well underway. (Even BC Premier John Horgan has conceded that it will be built.)

Below is the abridged text of the Honourable Walter Harris' remarks from a radio broadcast on Friday, June 15, 1956. (Published by the National Liberal Federation - Ottawa, Canada. Archival materials courtesy of BC Women's Liberal Commission, 2020.)

Parliament and the Pipeline

After a stormy passage through Parliament, the Pipe Line Bill became law a week ago. In spite of all the reports in the newspapers and on the radio, many people I meet do not yet seem to know what the Bill was all about.

Here are the facts: the Pipe Line Bill established a Crown Company to do two things. The first is to lend up to $80 million to a Canadian company called Trans-Canada Pipe Lines. This is estimated to be 90 per cent of the cost of building a natural gas pipe line across the prairies from Alberta to Winnipeg.

The pipe line is to be started at once and completed to Winnipeg by the end of the year, and the Company has to pay back the loan with interest at 5 per cent by the beginning of April next year. If the Company fails to pay - the Government can get the pipe line for 90 per cent of its cost. If the Company pays off the loan, the Crown Corporation will use the $80 million to help build another section of the pipe line across northern Ontario,

The pipe line is northern Ontario will be built in partnership with the Conservative government of Ontario and will be rented to Trans-Canada Pipe Lines at a good rental. The Ontario Government have agreed to put up $35 million of the cost of this section, which might run to $130 million.

If it is a good thing to have a natural gas pipe line from Alberta to Ontario and Quebec - and we in the government believe it is - the Canadians taxpayers cannot possibly lose on this deal.

For the prairie section of the line, the Government will either get back the money with good interest or we could get a pipe line at a bargain price. The Opposition has added together the $80 million loan for the prairies and the $130 million cost of the line in northern Ontario and pretended the Government was going to help out a private company to the extent of $200 million.

The truth is that if Trans-Canada does not repay the $80 million, they won't have the pipe line, and the northern Ontario section will certainly not be leased to them. Our contract allows us to take over the prairie pipe line - and we would not have agreed to a loan except on those terms.

The Future Belongs To Us

Under these circumstances the sooner the job was started the better. The time has gone by when Canada can afford to wait; the future belongs to us and any government which hesitates to take steps to keep our expansion growing would not be doing its duty to the Canadian people. To sum up -- wait another year -- perhaps longer -- or get on with the job. We think getting on with the job is the Canadian way.

(see below for more) 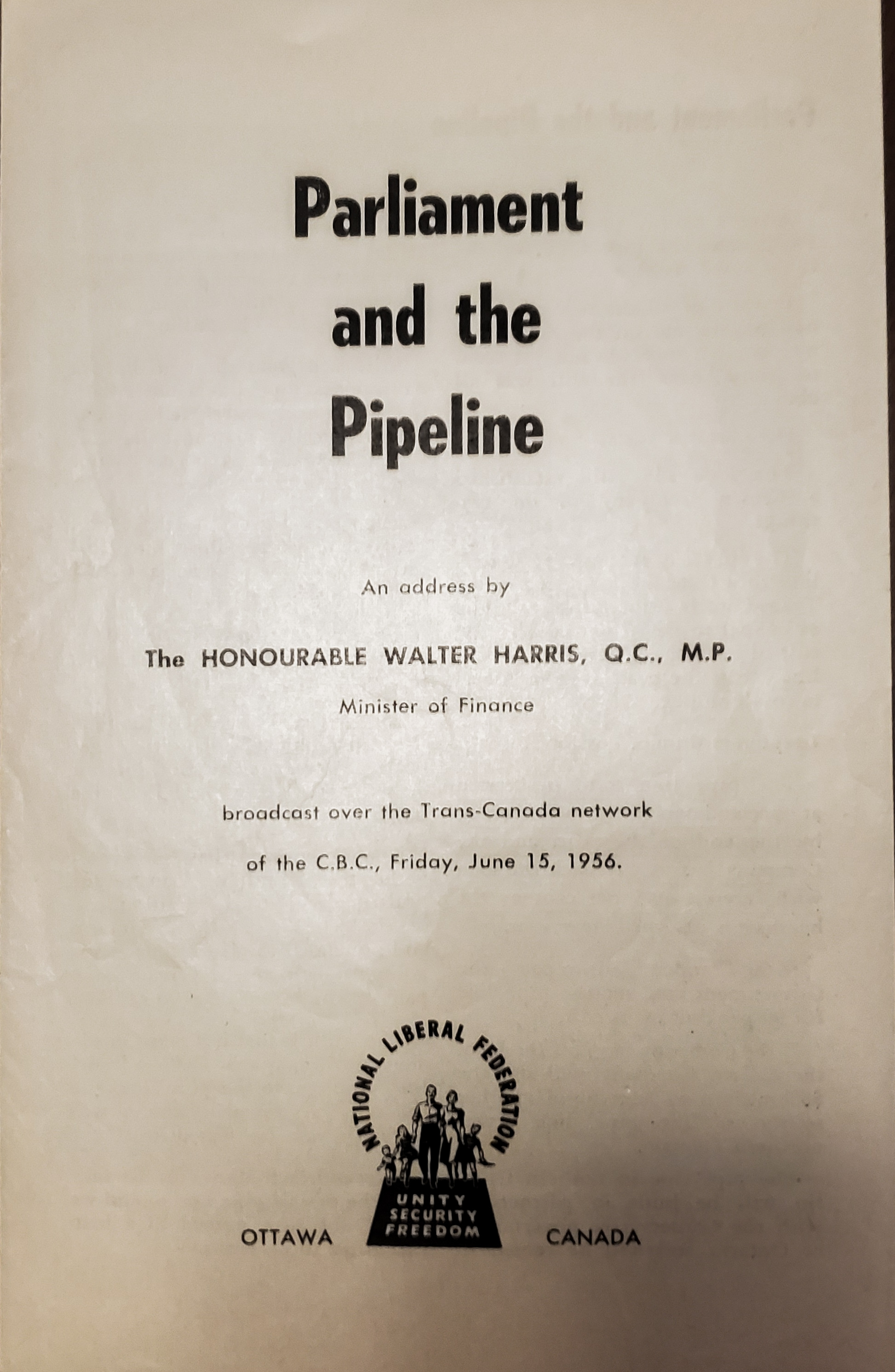 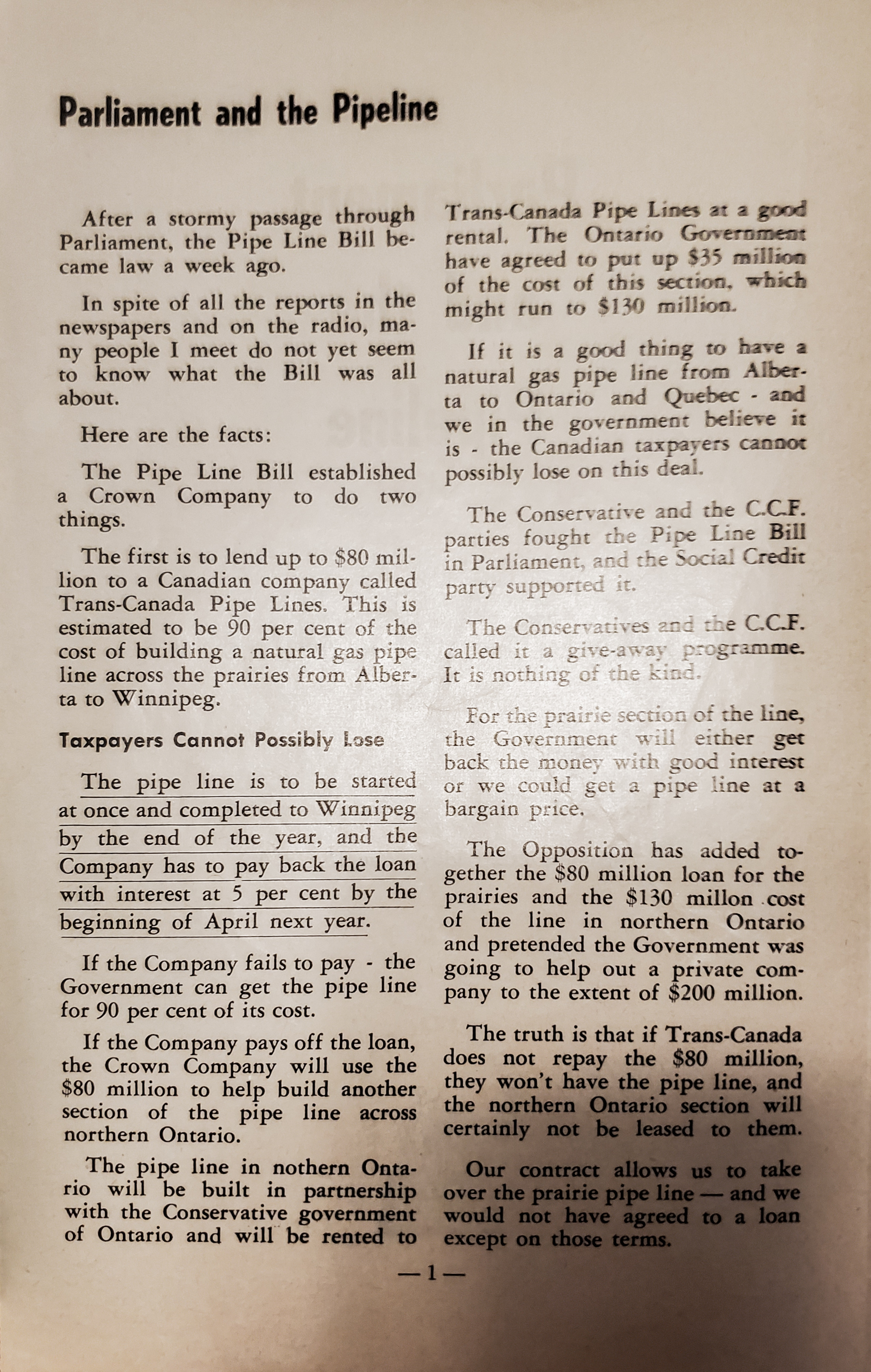 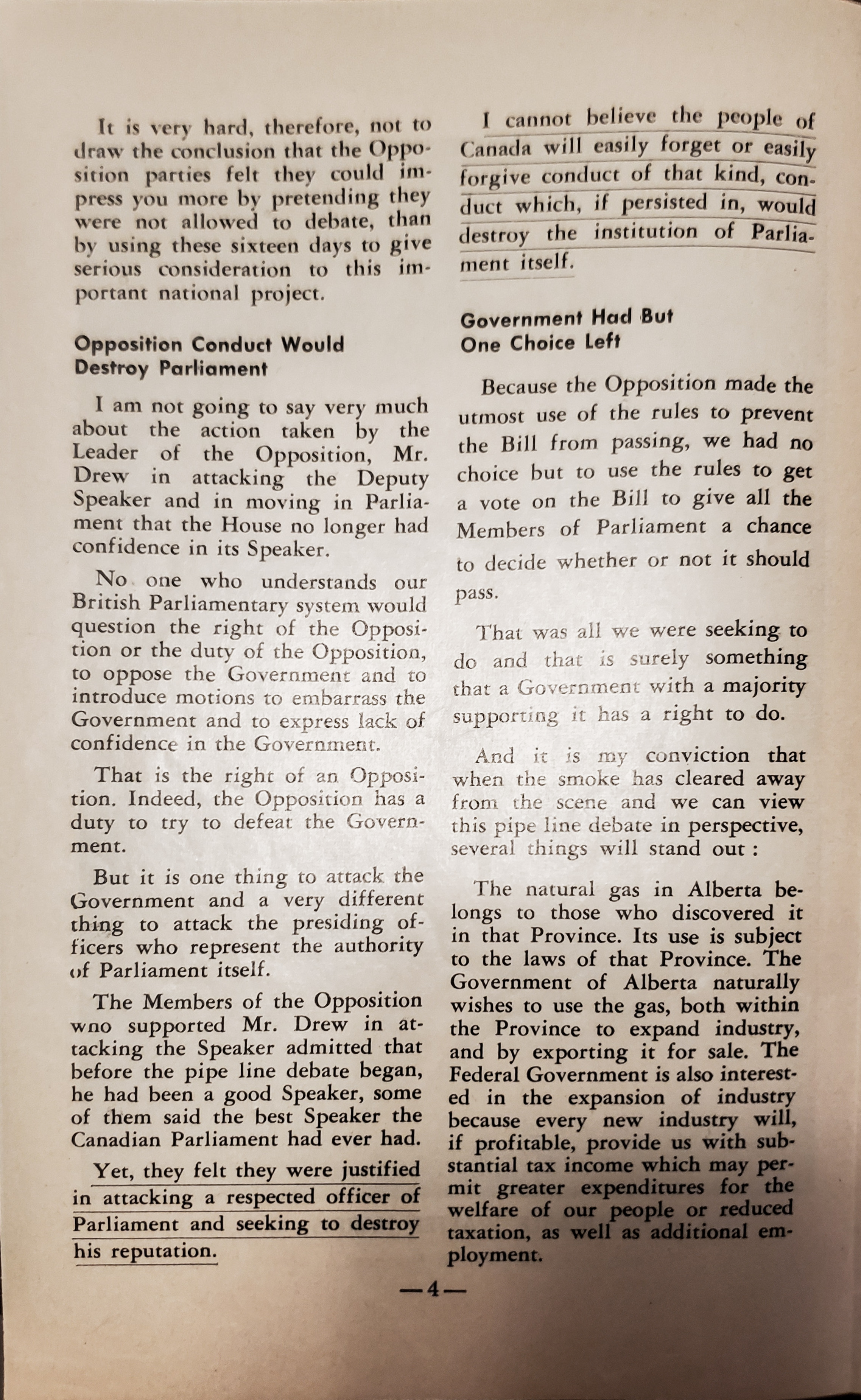 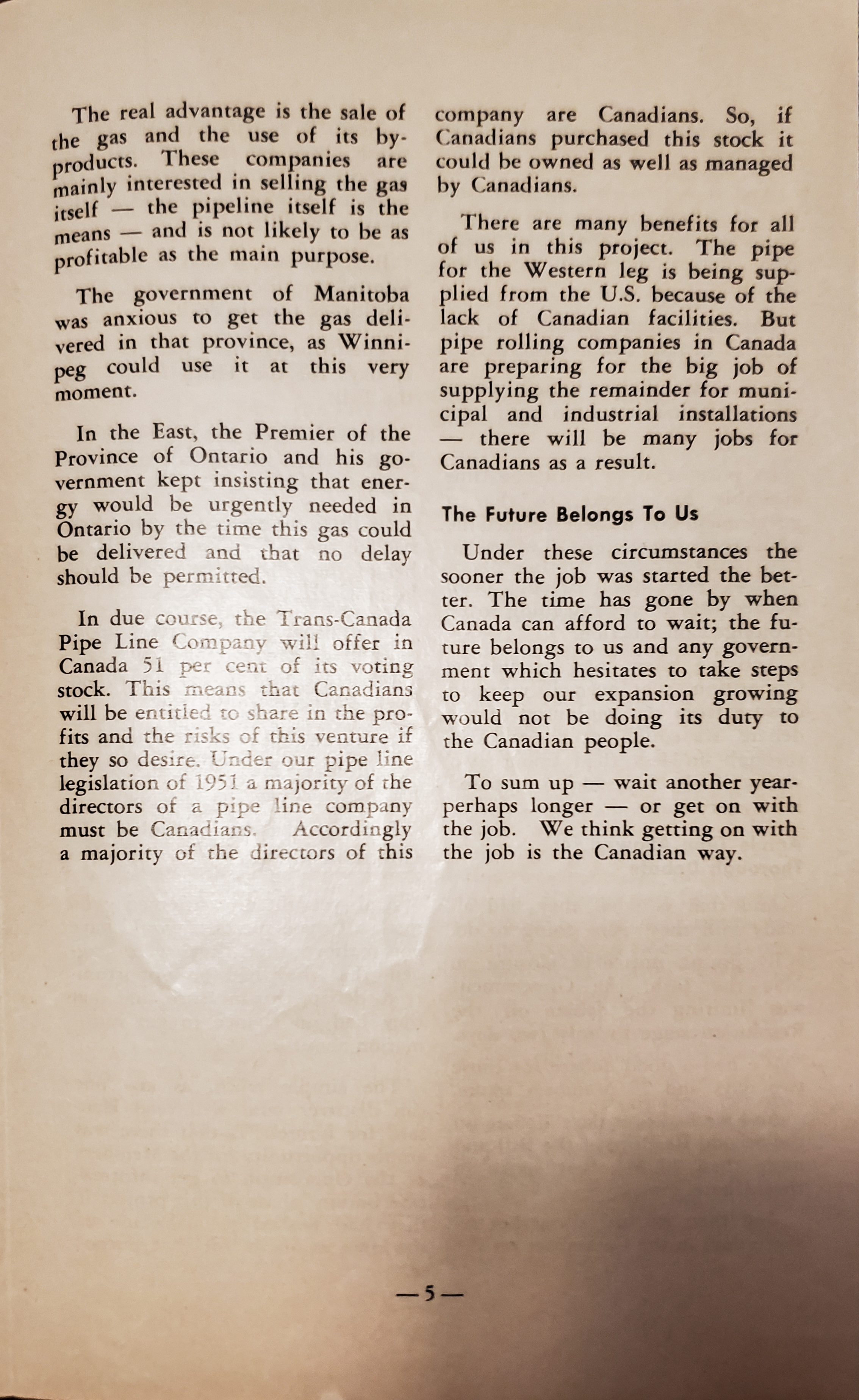 Margareta Dovgal is the Director of Research at Resource Works.