Why do you get more attention calling for a ban than for better understanding?

At change.org, an online petition platform favoured by groups seeking to build grassroots support, a search on the word “ban” comes up with 5,772 hits.

There are even campaigns to ban bans themselves (though it seems that the only people seeking anti-ban bans are doing so in support of assault rifles and pit bulls).

Campaigning for a ban with the megaphone of social media has become a staple element of the modern activism toolbox. Those pursuing the clarity of a ban may be well aware that nuanced understanding is often the first thing out the window - followed by other things that responsible professionals seek: collaboration, negotiation and evidence-based decision making.

A slew of ban campaigns dominates the natural resources agenda in Canada today:

If all of these things were banned, the cost to Canada’s economy would be staggering. Sadly, in a system that should be based on knowledge and collaboration, it’s entirely possible that some of these ban quests could be successful.

Media coverage tends to go to the perceived underdog. Last week, for example, a rare show of unity brought together 13 mayors and councillors from smaller communities across north western and north eastern B.C. and the Interior, and also including the Fraser Valley (Abbotsford) and Vancouver Island (Campbell River). They drew an audience of 150-200 people to the steps of the legislature in Victoria.

Their message – that the province's resource economy is worth supporting – was passionate, fresh and determined, and definitely one not heard often enough in that location. It was clearly a refreshing change for a number of press gallery members who turned out, though the event did not get much news coverage.

The following day, also during UBCM, three mayors from south west B.C. staged a thinly attended news conference to highlight their opposition to the twinning of the Kinder Morgan Pipeline. One member of the media present seemed chagrined they had nothing new to say, but that did not stop the story from getting wider pickup than the resource-positive mayors event.

Press gallery veteran Keith Baldrey has neatly dissected the dynamic in this column about a "great divide" in the province's political discourse. 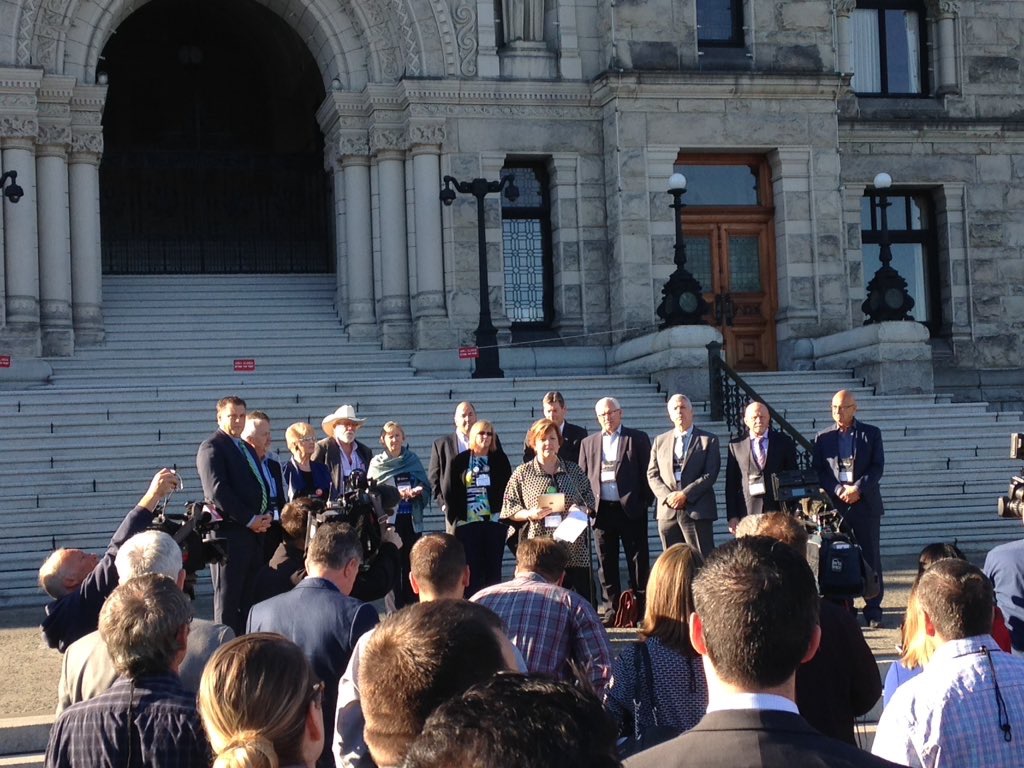 The mayors above called for responsible resource development, attracting 150-200 people for a rarely articulated point of view (watch this brief video of lead speaker, Mayor Lori Ackerman of Fort St. John). A much smaller group calling for a ban on crude oil shipping had little trouble reaching news media despite the lack of actual news. 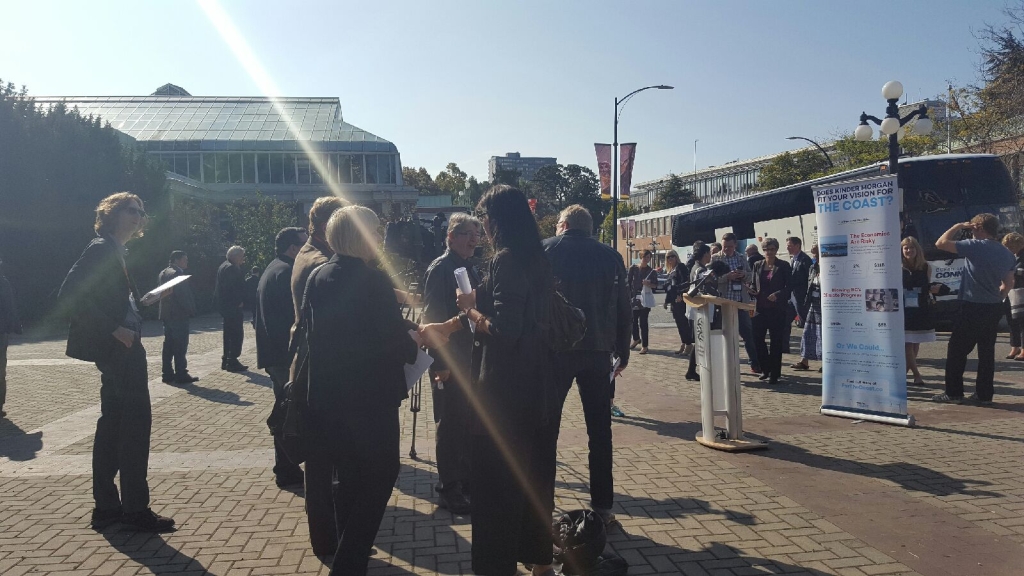 As for bans, they will continue to be an appealing tactic. It is very easy to explain a ban. A ban provides the illusion of clarity in a complex situation, suggesting as it does the existence of a blindingly obvious solution missed by the experts with their fancy degrees.

Furthermore, we are saddled by journalistic habits that favour coverage of the "ban it" variety. A prevailing style of news reporting pursues balance by ensuring that no quotation is offered that is not contradicted by another speaker – a style lately derided, now that we are living through its full Trumpian consequences – as "he said, she said" journalism.

The National Energy Board hearings fiasco in Montreal is another recent example of ban-it crusaders exploiting a dated and one-size-fits-all journalistic mode, with devastating consequences for Canadian energy security. The various bans affecting British Columbia natural resources all bear the imprint of this same trend.

Let's be cautious about assigning blame to a particular group like journalists for broader social trends that are beyond their control. It's encouraging to see there are forward-thinking journalists seeking to build audience by thinking about how to analyse and explain the world, not just widen its fractures. They are swimming against strong currents.

If Canada can't get its goods to market, it will lose out on prosperity and equality

As a nation, Canada has become a petitioning culture with a highly bureaucratized system for enabling and channeling citizen complaints. The semi-annual report from the federal Commissioner of the Environment and Sustainable Development has just been tabled, giving fascinating insight into how our culture of complaint has been institutionalized. The section on environmental petitions is especially interesting reading.

The value of a system that empowers citizens and keeps elites in check is not hard to see. Yet, at the same time, it's plain to anyone that non-governmental organizations have perfected methods of exploiting these rights through campaigns of manufactured dissent.

Some, like the B.C. mayors who stood on the steps of the legislature last week, clearly recognize the challenges of navigating local complexity. The courage of these folks to stand up and be counted like that should not be underestimated. They seem to feel drawn into speaking up for broad economic stability far beyond the borders of their own jurisdictions. For these leaders, lines at the town food bank say as much about local-global connections as the lines on a chart. Telling this side of the story is often a frustrating job. These mayors need all the help they can get to keep spreading the word. (Check out the Resource Works Community Conversations series for ideas on how to find a path to positive engagement. Another source is this workshop paper that came out of a process Resource Works contributed to.)

Stewart Muir is founding executive director of Resource Works, which speaks up for the men and women who work responsibly in the Canadian energy and natural resource industries. Vancouver-based Resource Works is one of Canada's most influential think tanks in social media.

Sign up here for our newsletter and you'll be part of a movement for a better Canada. 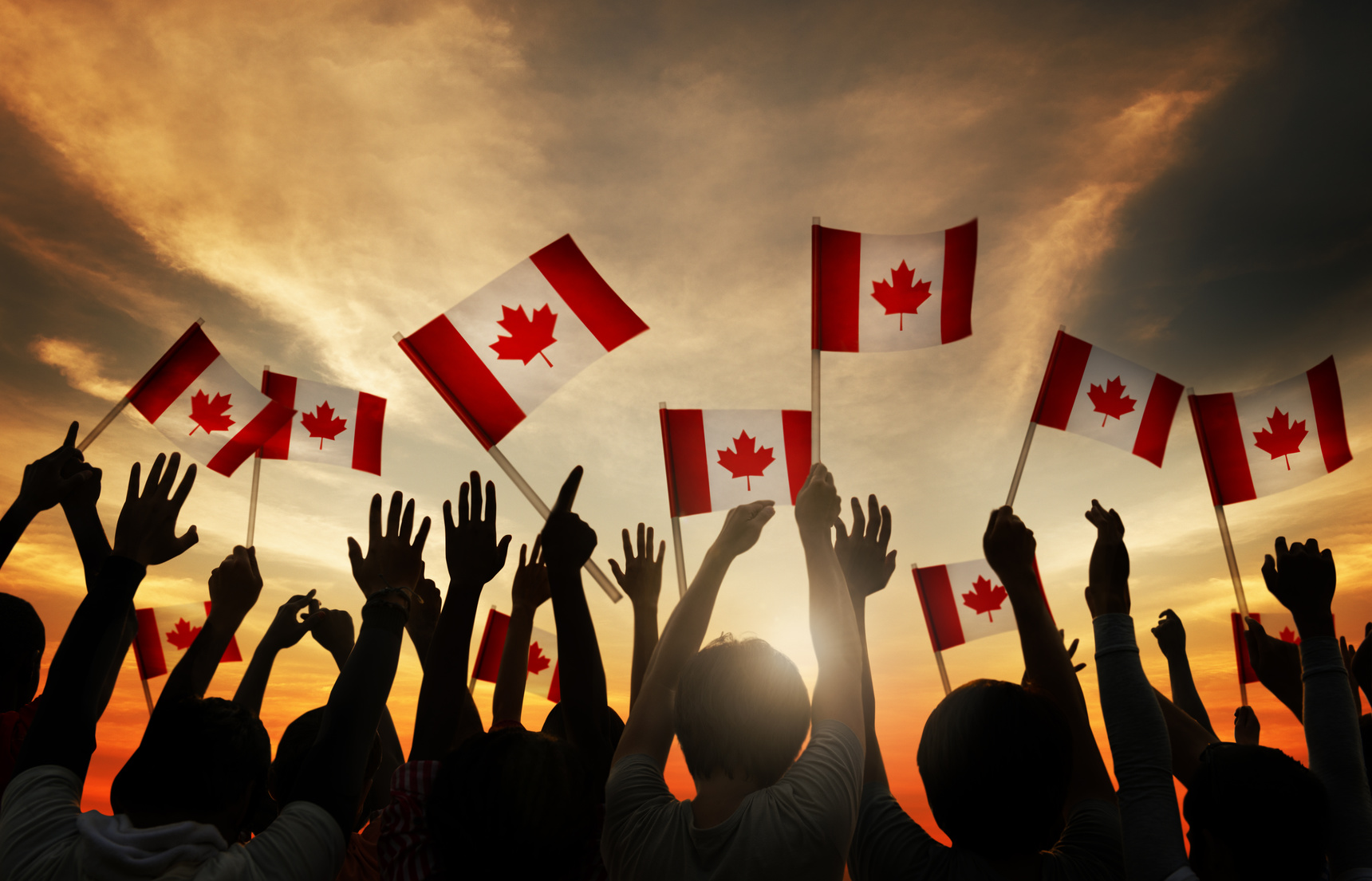