Alice Palmer: We need to change not only how we log but also how we listen to each other. 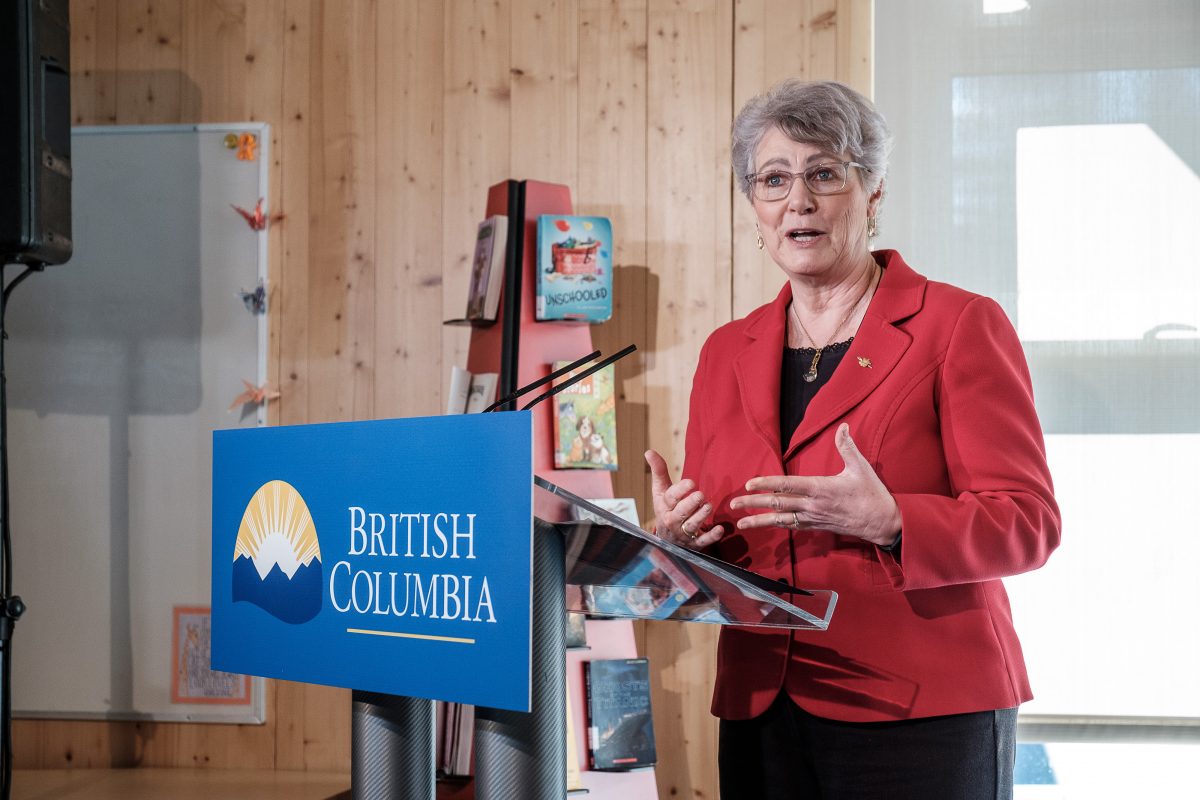 BC Forestry minister Katrine Conroy. Photo from the BC Government.

In the early 2000s, I had the opportunity to sit in on a discussion between local forest industry, union, Indigenous and civic leaders over the future of logging in the small Northwest B.C. community where I was living at the time. I’ll never forget the interchange between the elected leader of the local First Nation and a senior industry representative from Vancouver.

The First Nations leader asked for more say in how the forests in the Nation’s territory are managed, to which the industry representative offered a financial partnership instead.

“We don’t want your money; we want our land,” responded the First Nations leader.

To me, the First Nation’s message was clear. Please listen to what we want and stop trying to convince us to accept what you want.

BC Forest Policy Is Evolving to Better Recognize Indigenous Interests

A lot has changed since the 2000s. A 2014 landmark court decision ruled that the Tsilhqot'in First Nation has a claim of Aboriginal title to its traditional territory, meaning it must be consulted about its use. Then, in 2019, B.C. passed the Declaration Act, implementing the United Nations Declaration on the Rights of Indigenous Peoples (UNDRIP).

In the fall of 2020, BC published its old growth strategic review A New Future for Old Forests. The report called for a transition from a primarily timber-based approach to old growth management to an ecosystem-focused approach. Such a transformation (or “paradigm shift”) would not only require changes to how forests are harvested but also demand more Indigenous involvement, better public information and strengthened forest governance.

A New Future for Old Forests laid out a three-year timeline for transitioning to the new forest management policies. One of the first steps in implementing the report’s recommendations was to be the identification of 2.6 million hectares (26,000 km2) of old growth forests with high ecosystem values to be set aside from logging (or “deferred”) until new forest management policies are worked out.

In November 2021, the province released a report identifying its proposed deferral areas and asked for input from the First Nations within whose traditional territories these areas were situated. They were given 30 days to say “yes,” “no” or “we’d like more time to decide,” to the sweeping changes being proposed.

With the “go / no go” decision on old growth deferrals now at the hands of First Nations, conservation groups’ messaging evolved to include more attention to economic considerations – although mostly for Indigenous communities. For example, the groups’ jointly released, semi-annual “old growth report card” called for $300 million to help First Nations make the choice to discontinue old-growth logging, pointing out that a funding shortfall would make the planned deferrals “virtually impossible to achieve.”

Following Union of BC Indian Chiefs’ (UBCIC) June 2022 resolution on old growth, the conservation groups’ September report card upped the ante, calling for not only a total halt to old growth logging but for “full compensation to any affected First Nations to ensure that logging is deferred in all at-risk old growth forests.” The accompanying news release states that without an increase in funding to First Nations, “progress will remain stalled and irreplaceable ancient forests will continue to fall.”

Given that the province estimates its changing old growth logging policies will result in 14-20 sawmill closures, 2 pulp mill closures, and up to 4,500 job losses, I cannot argue with demands for an economic adjustment fund. Indeed, the provincial government has set aside $185 million “to provide co-ordinated and comprehensive supports for forestry workers, industry, communities and First Nations who may be affected by new restrictions on old growth logging.”

However, offering support to affected workers is not the same thing as offering money to incentivize First Nations to disallow logging in their territories. As I see it, there is little difference between offering wads of cash to entice First Nations not to log and offering money to allow logging. The underlying message is “we know what’s best, so we’re going to do whatever it takes to convince you to do what we want.”

What Do First Nations Say?

Given that several First Nations are economically dependent on logging, I was surprised to read media reports that the Union of BC Indian Chiefs (UBCIC) had apparently endorsed the conservationists’ “payment for agreement” stance. However, on reading the UBCIC’s resolution more carefully, I have come to believe that their position is more nuanced. My understanding is that while the resolution’s signatories do support the logging deferrals in general, and they are asking for financial support, they are not offering to sell off their right to make decisions about logging. At present, old growth logging is one of the few economic opportunities available to their communities. Although the UBCIC would like to have other options, they would need external funding to achieve this.

Some First Nations have even objected to the proposed deferrals in their territories. For example, the Huu-ay-aht First Nations have agreed to 96% of the proposed deferrals on their traditional territory, but plan to allow logging on the remaining 4%. Their reasoning is that deferring logging in this particular area would disrupt 65% of the planned harvest over the next two years, resulting in significant financial hardship to the surrounding communities.

In the context of First Nations like the Huu-ay-aht, the idea that government funding could replace the hole left in the local community’s economy if old growth logging were to suddenly stop is laughable. Indeed, the whole idea of “paying them to do it our way” represents a type of thinking best left in the past century.

Whether we are environmentalists, industry, First Nations, or unions, we are all used to making our demands heard. However, we are still not very good at listening to or understanding each other’s viewpoints.

It’s time to stop arguing for what we want, and start listening to what they want – whoever “we” and “they” are. Only then will we build the trust needed to develop robust forest policies together.

Alice Palmer is a freelance writer, researcher, and consultant who investigates how natural resource companies adapt to change. She has a PhD in forestry, an MBA, and over 20 years of experience in the Canadian forest industry. This article was originally published on her substack.