There is something really special about building stuff in an economy. Just think of all the activities involved. You need plans, materials, equipment, machines, transportation, workers, inspectors … the list goes on.

And it all starts somewhere. At some point someone has to decide to put down some cash to get something built, kicking off the whole process and creating jobs all the way down the line. And thanks to Statistics Canada, we can actually see where those decisions are made.

What we’re looking at here is called capital and repair spending, which covers a range of activities related to building and maintaining physical assets. This includes structures, such as houses, and goods and equipment, such as computers and machinery.

When it comes to capital spending in BC, two sectors dominate: the housing sector and the resource sector. It’s probably no surprise that housing is high on the list. It’s not hard to imagine all the thousands of designers, planners, workers and other specialists who are employed building and maintaining houses in BC. But here’s something you maybe didn't imagine: the resource sector is almost as important a source of capital spending in BC as the housing sector.

Housing accounted for 30 percent of BC’s capital spending in 2012, and natural resources accounted for 28 percent. The public sector comes in at number three at a mere 8 percent. Check out what that looks like in the chart below: 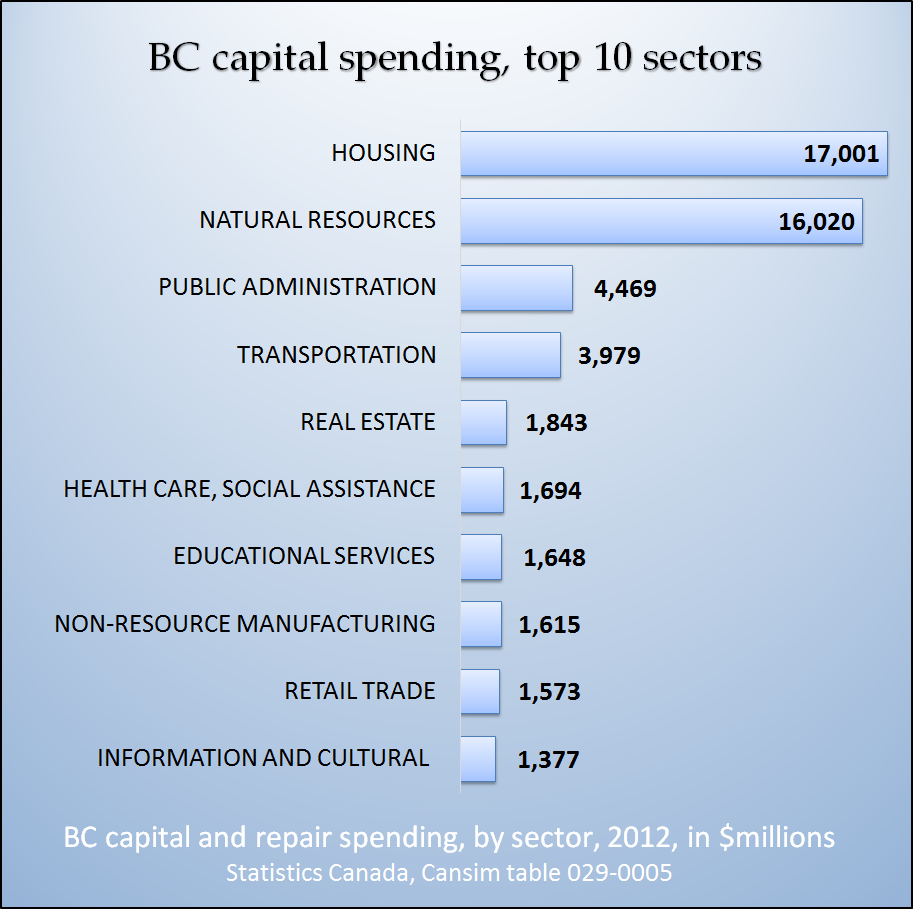 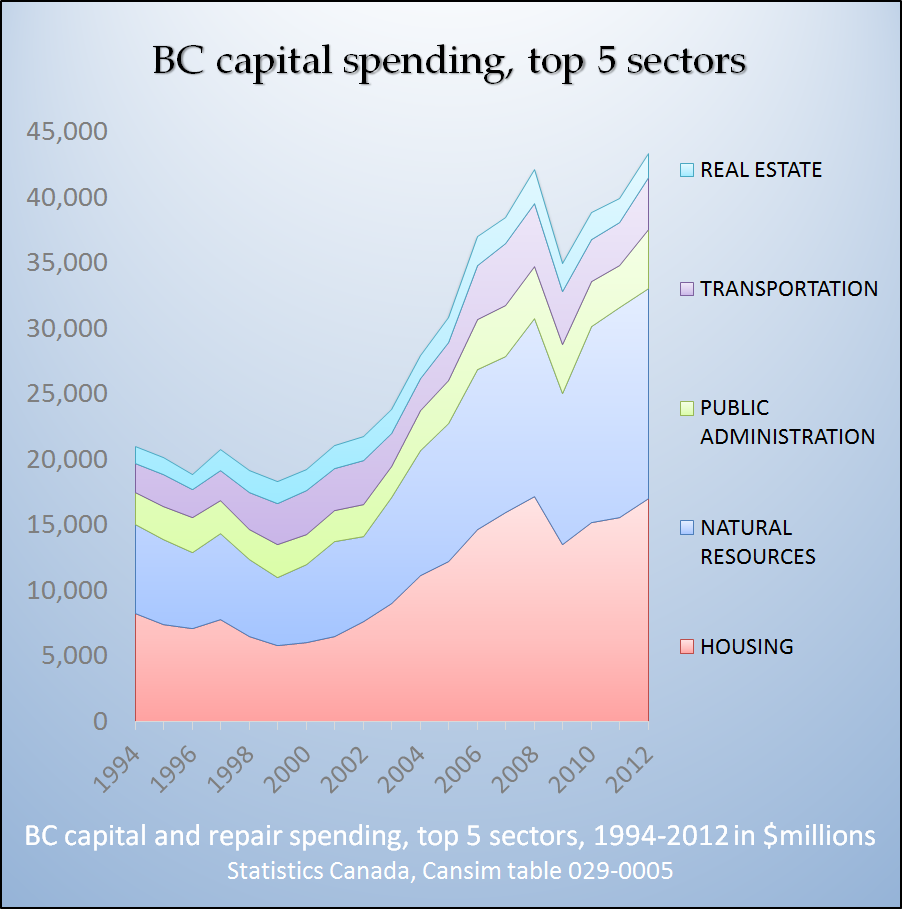 The important work of building and maintaining stuff

It can be difficult to really get a good feel for dry terms like “capital spending.” We probably need a better term for it. I particularly like “building and maintaining stuff," which makes it easier to picture what’s involved: builders, workers, planners, designers, and on and on. That’s what’s really behind these numbers.

And as you can see in the charts above, the resource sector makes a huge difference for all these people in BC, being close to tied with housing as BC’s most important source of “build stuff” money. And that’s something to take serious, because there’s another thing you might have noticed in the charts: There is no third sector in that list ready to contribute anything close to this level of capital spending.