Peter Hall is the vice-president and chief economist of Export Development Canada. As such, he’s a pretty smart guy who knows a thing or two about exports. He recently asked a very good question: What’s British Columbia’s secret?

Hall is exploring the current upheaval in the Canadian economy. With the recent drop in oil prices, Canada’s oil-producing provinces have taken a hit. The big manufacturing provinces, on the other hand, are supposed to be getting a boost thanks to cheaper energy and a lower dollar. But that's been slow in coming. Then there’s BC.

“Currently,” Hall writes, “it is British Columbia that stands almost entirely alone with a projected surplus in the current fiscal year.”

BC has been enjoying a strong housing market, good employment and “respectable” gains in business investment for the last few years, Hall writes. While he acknowledges that there are multiple factors at work that help describe these outcomes, he focuses on one particular topic: trade diversity.

BC’s trade flows have changed dramatically since 2000, as we can illustrate in the chart below. 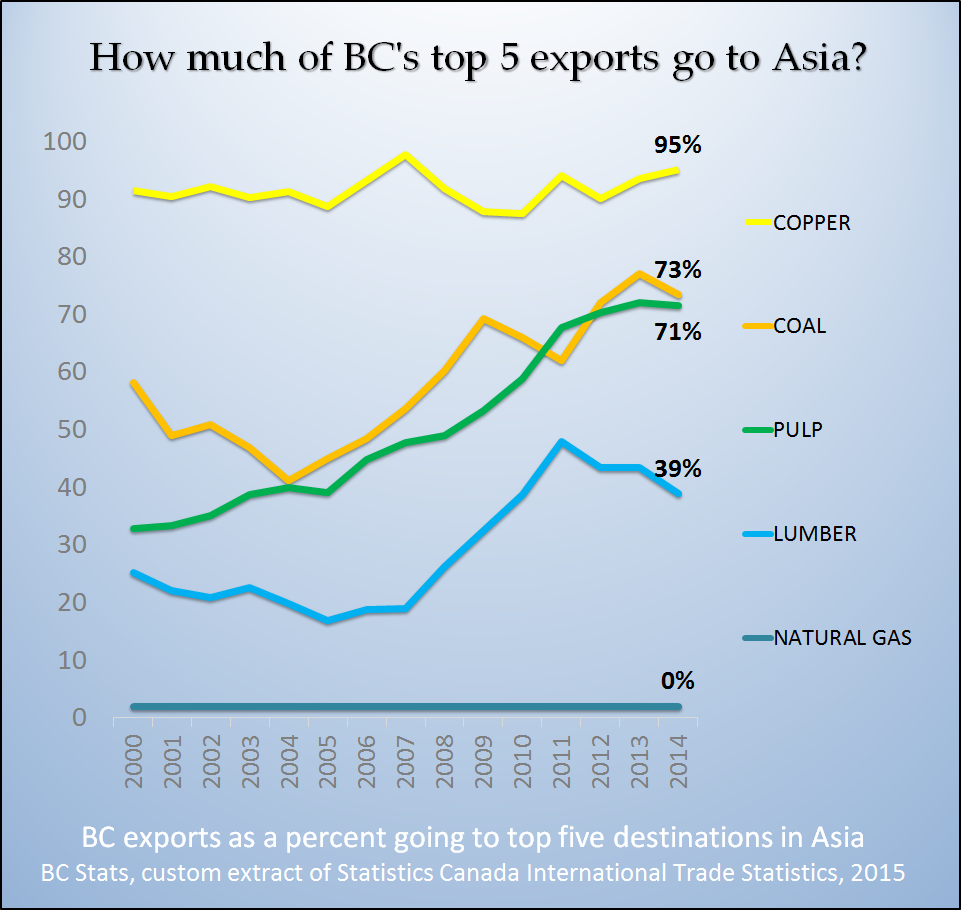 Getting behind the numbers

While it’s useful to see what’s been happening with BC’s exports, Hall’s comments add something really valuable. What he’s saying is that our ability to export a diverse range of products (mostly natural resources) to a broad range of customers around the world is a key reason why we have enjoyed strong economic conditions. It’s worth letting that sink in.

It’s also worth noting that our trade diversification has only occurred in some, but not all, of our resource commodities. You’ll notice in the chart above that there’s one item that flatlines at 0%. That’s natural gas. It’s one of our top five exports, but not a puff of it gets to our Asian trading partners.

One of the potential benefits of BC’s LNG industry is that this commodity too will now be able to be exported to a wide range of sources, and - as Hall points out - this has a real impact on the health of our economy.

“British Columbia’s current record stands apart from the rest of the provinces,” Hall writes. “And among other things, the attention it has paid to trade diversification seems set to continue paying dividends for years to come.”