So supporters of a big shift to "green" are putting heat on our federal government to turn Canada into a shiny world leader for renewable energy, now that “oil is dead.” They promote it to Ottawa as a part of the new normal they want to follow the COVID-19 pandemic. But does this logic make sense? 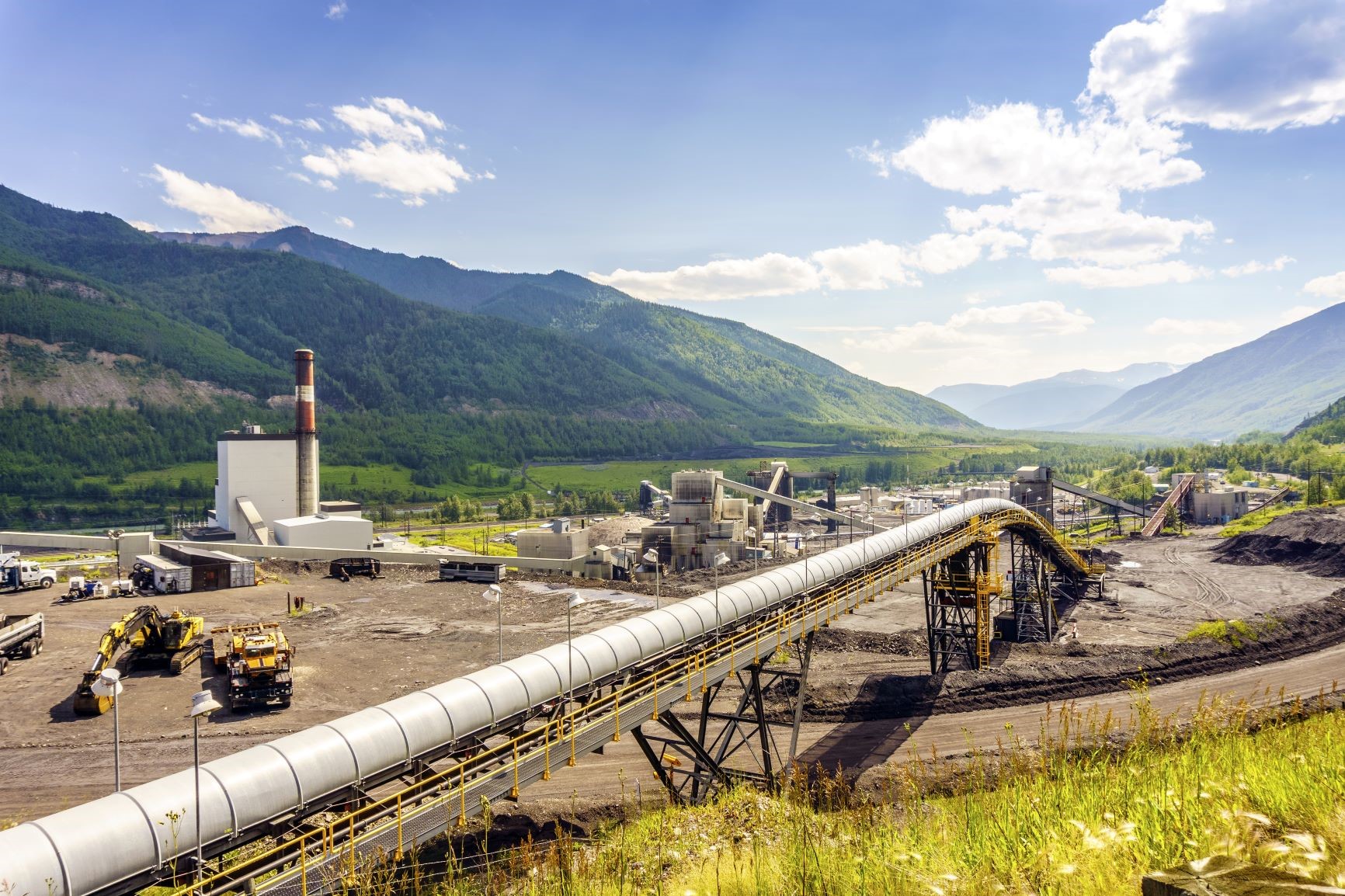 Not a surprising strategy, given that five Cabinet Ministers, and any number of ministerial advisers and staff, have environmental or environmentalist backgrounds.  The anti-oil pressure groups know who they are — and how to get to them.

All this in the name of reducing Canada’s emissions, which amount to around 1.6% of the world’s total. As many experts have noted, if you shut down Canada’s greenhouse-gas emissions to zero, the increasing use of energy in the remainder of the world would make up for that in a matter of months.

Last September, the Prime Minister insisted we were “on track” to deliver that, but then unveiled a new target: Net-zero carbon neutrality by 2050. (Two months later, by the way, the United Nations declared that Canada was indeed not going to make its initial Paris target of 30% by 2030.) And then, of course, the US simply pulled out of the Paris pact.

So, these days, Ottawa pushes this revised goal of net-zero carbon pollution by 2050. How it would work, and how it would affect Canadians and their economy, has yet to be detailed and explained by the federal government.

In the same speech, the feds also promised to “work just as hard to get Canadian resources to new markets." We’re still waiting to hear how that will work, too.

Enter some sanity from the Canada West Foundation. In a new report it looks at the drop in emissions that came as the COVID-19 pandemic brought quick cutbacks in travel and transportation. The Foundation offers these conclusions:

And it goes on to make a key point about the renewables being pushed quite heavily by green advocates:

“The true potential of different renewable options has to be weighed – objectively and honestly. Renewable energy has limits. As energy historian Vaclav Smil makes clear, all energy types have adverse consequences, renewables included. It is not helpful to stampede from one type of energy production to another if the solution is only marginally better, or perhaps only differently bad, than the problem we are trying to leave behind.”

As of 2019, renewable energy provided about 17.3% of Canada's primary energy supply and about 67% of its electricity production. For that, thank hydro-electricity, not wind and solar; hydro provides 60% of our electricity.

That’s all a good start, but clearly not fast enough for some – though they are always quick to point out the falling price of big renewables. And, true, prices have been notably coming down. Last year alone, solar PV and onshore wind costs dropped by 13%. That’s good news.

But when we discuss big renewable projects, invariably someone will talk in terms of capacity, the amount of power a renewable site could theoretically provide if it were producing flat out, 100% of the time.

For example, there's the assertion that Canada is No. 8 in the world for wind energy, because Canada has enough wind-energy capacity to power approximately 3.4 million homes.

In fact, you’re lucky in practice to get around 30% of the power that a project can theoretically deliver. This is the intermittency issue that continues to throttle the real-world applicability of renewable technologies.

So reduce that estimate of 3.4 million homes to more like 1.2 million. Nice, but unfortunately not as impressive as claimed.

While there are indeed clear positives about renewables (fewer emissions, cleaner air, etc.) there are negatives too.

The storage problem, for example: If a renewable site produces more power than users are demanding at a particular time, where does the surplus power go? Some kind of storage, ideally. Sure, there are big battery projects, and such things as pumped-hydro storage, but big-battery technology really isn’t there yet. And the storage costs money that the biggest supporters of green technology don't like to acknowledge.

If the renewables in a region produce less power than needed, the region needs to call on that expensive storage — or, depending on the region, to switch to an alternative such as electricity generated by burning natural gas.

Then you have to get the power from the renewable project to where the users want to use it. So you need transmission towers and transmission lines and rights of way. More money — and more impact on the land.

Most BC electricity is already zero-carbon because it comes from hydro dams. Good. But to get to 100% renewables, we at Resource Works have calculated that we’d need to replicate the 54 largest generation stations in BC. (But some of those 54 are powered by natural gas, and they would have to eliminated, so we are talking about needing an even greater number of renewable installations.)

Then there’s the subsidy issue. While the world’s energy majors are all investing in renewables, their efforts are decried as not nearly big enough or fast enough. So we hear calls for governments to use your money to subsidize renewables in a big way.

Critics of oil & gas claim, of course, that Canada heavily subsidizes fossil fuels. Oil and gas do get tax relief, agreed, but nowhere near as much as is claimed. And many of the so-called subsidies are nothing more than conventional tax incentives offered to all industries, including the capital-cost allowance (CCA) and the Scientific Research and Experimental Development (SR&ED) Tax Credit.

And we already do subsidize solar and wind energy and electric vehicles, through literally hundreds of government programs. Realistic estimates of the cost of these green subsidies are simply not available, but we do know that they are only growing.

It's funny, too, how tax relief for an oil company is seen by green activists as “corporate welfare,” while a subsidy for a green project is called “targeted incentivization.”

There are lessons for Canada from Germany. Germany wanted to be, and became, a leader in renewable energy, and applied massive public subsidies to the objective. Over the past five years alone, the Energiewende program has cost Germany US$36 billion annually.

German peoples’ electricity bills have climbed to record levels, up by 46% from 2007 for the average household. Some 35% of Germany’s electricity now comes from renewables — but half of that is from burning biomass, which creates its own pollution. And Germany is still not meeting its climate targets.

There are lessons to be learned as well from Ontario, which instituted its own Energiewende-like plan through its Green Energy Act.

Power bills soared by 70% from 2008 to 2016, becoming the highest in North America and punishing companies, homeowners, and tenants. In 2016, for every $100 that appeared on your power bill, $23 was for the actual electricity cost; the other $77 was for Ontario’s “Global Adjustment Fee”. That fee paid for some green government programs — but mostly, and generously, subsidized “green” energy producers.

Further, studies in Germany (and in the UK and Spain) show that, for every job created in the subsidized renewables industry, two to three are lost in other industries because of higher energy costs.

Back to “oil is dead.”  In 2018, oil accounted for 40% of the world’s primary energy consumption (and natural gas 22%). Certainly world oil demand is expected to drop this year because of COVID-19 containment measures in 187 countries and territories. But most forecasters see demand continuing firmly thereafter, although the rate of increase may begin to flatten in 2030.

Like it or not, oil powers 97% of transportation: planes, trains, and automobiles; and the ships and trucks that move materials, food, goods, people, and oil and gas. So oil and gas are not dead, and won't be for many decades.

In those 2018 figures, the latest available, we also see coal providing 24% of world energy, hydroelectricity 6%, nuclear 4%, and renewables 4%. Not quite the picture climate activists like to put on their protest signs.

It seems that thermal coal used to generate electricity isn’t dead yet, either. Japan closed some of its coal plants last winter, to fight pollution. But Japan now plans to build as many as 22 new coal-burning power plants; and those would emit almost as much carbon dioxide annually as all the passenger cars sold each year in the US. At the same time, Japan is funding coal plants in other countries. China is also doing all of these things, only more so.

Sure, renewables will undoubtedly play a bigger — and welcome — role in Canada and elsewhere.

But how long will it realistically take? How much are you willing to pay for them?

And why should Canada be the only major energy exporter to bow out while demand for oil & gas continues in earnest? We certainly don't anticipate that Saudi Arabia, Norway, Malaysia, or Venezuela will gracefully exit stage left while markets for their products still exist.

Nor do we think that being the "first mover" would offer any clear advantage for Canada or the climate. But at least for one glorious moment the latte-slurping pipeline haters could pat themselves on the back, and we would all just take the economic hit in stride — or so the story goes.