A surprising shift in the relative importance of resource companies

Research by a Simon Fraser University marketing professor shows how natural resource companies moved to the fore of the Canadian economy. 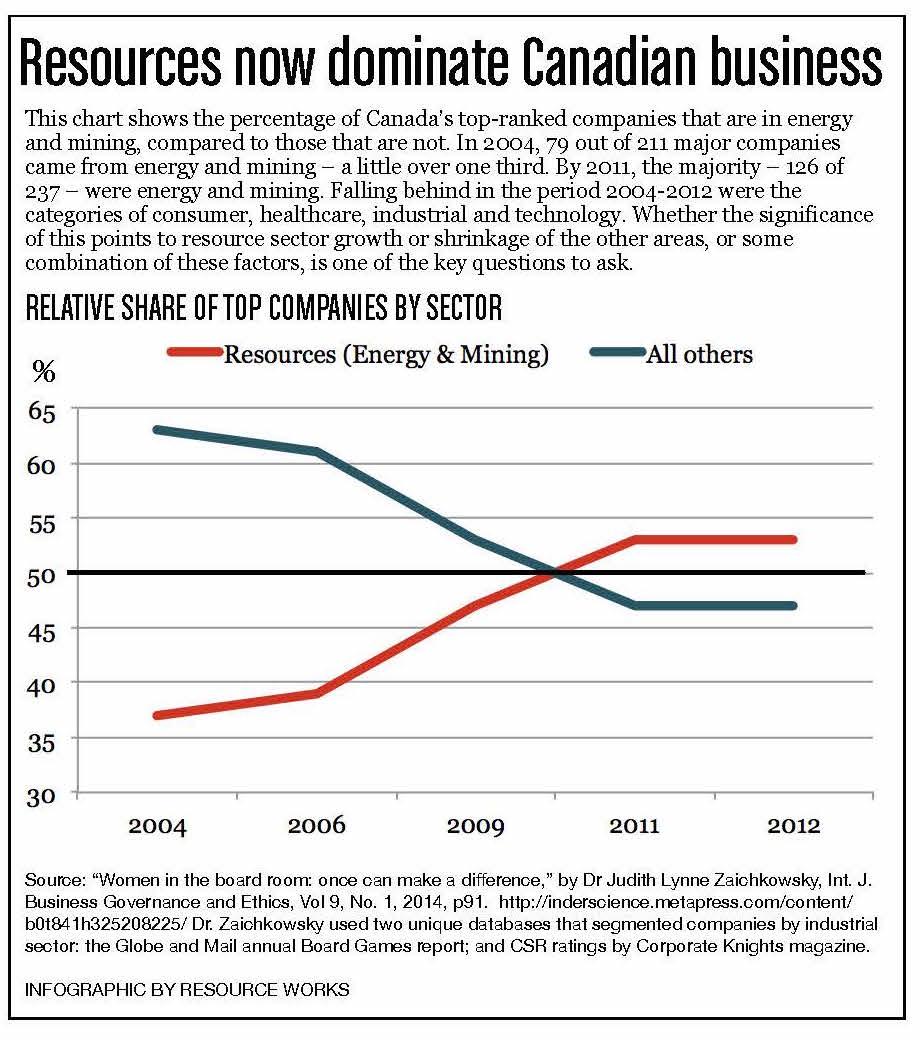 Since the 1960s, Canadians have fancied that being a modern country means shaking off the old ways and embracing modernity. Escaping our reputation as a “hewer of wood and drawer of water” was seen by many as an essential part of moving forward.
How wrong that was. High tech dreaming and disillusionment from the Avro Arrow to Blackberry and Nortel have made it clear Canada will never challenge Apple, IBM and Microsoft.
That the nation will do best what it can do best is reflected in new evidence showing our increasing reliance on the natural resource sector as the key economic driver.
Between 2004 and 2012, according to data collected by marketing professor Judith Zaichkowskyof Simon Fraser University’s Beedie School of Business.
As manufacturing industries hit challenge, the relative weight of resource companies soared in that time period.
Resource companies are driving nearly $700 billion in new project proposals across Canada right now. If these projects move forward they will create generational benefits for the whole population, at a time when the relative importance of other industries is receding in a highly competitive global marketplace.
Understanding the potential of the resource eomy, as well as the vulnerabilities of other sectors, is a key element as these projects seek to gain social license. If Canadians make decisions that thwart resource investment, it is important that they understand the consequences for their own long-term prosperity. It's a new era.

CHARTS: A timely reminder of what natural resources do for Canada