Thanks to a founding Advisory Council member

Soon to retire as CEO of the Pacific Salmon Foundation (PSF), Dr. Brian Riddell was also among the community leaders who answered the call from Resource Works in 2014 to be part of our Advisory Council. 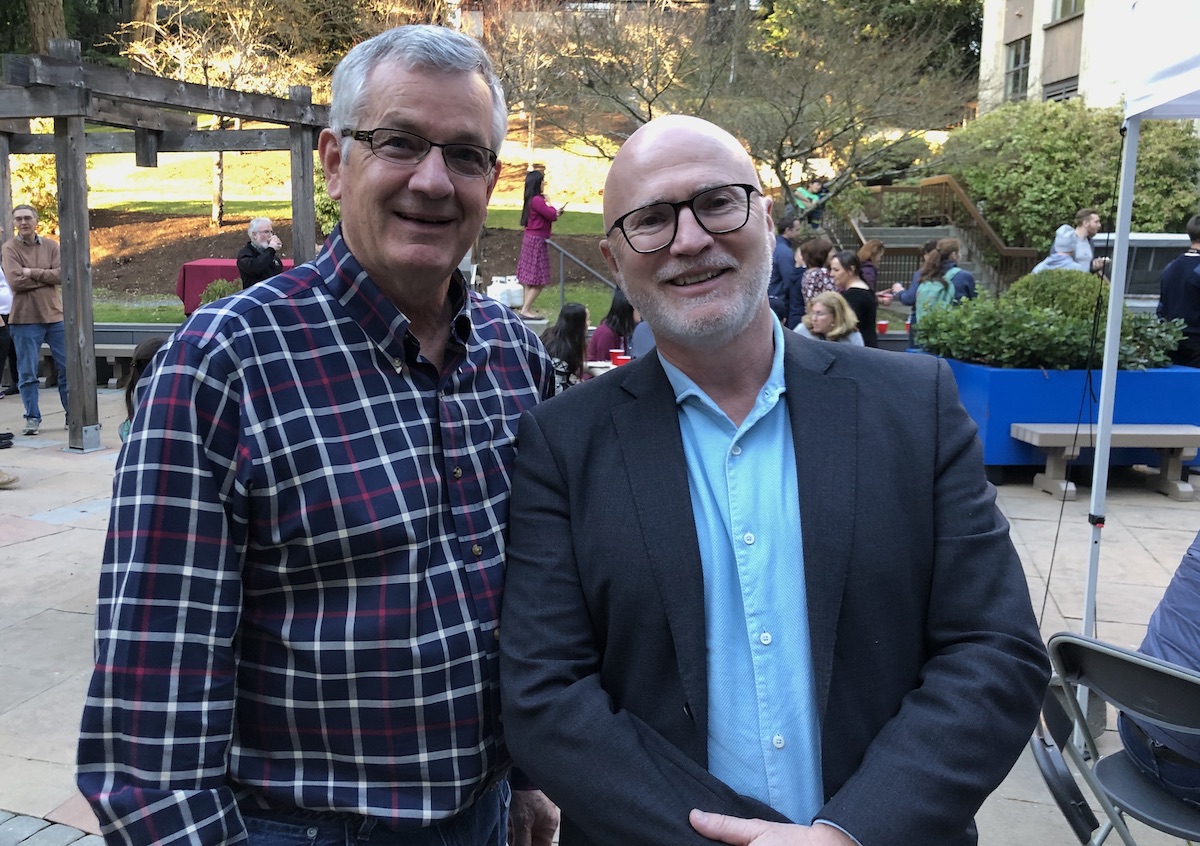 Dr. Riddell (pictured, left, with Stewart Muir of Resource Works) is leaving the PSF having recently landed a record catch for the benefit of salmon on the west coast: $5 million in federal funding for the Pacific Salmon Endowment Fund. The commitment is in addition to a federal-provincial B.C. Salmon Restoration and Innovation Fund worth $143 million aimed at tackling the challenges facing British Columbia’s iconic fish species.

Brian devoted time to Resource Works as its foundational strategies took shape, helping to ensure that our approach to the quest for environmental and economic balance was grounded in responsible science and policy.

He has served as a member of the Royal Society of Canada’s Expert Panel on Ocean Climate Change and Marine Biodiversity; he is currently a Canadian Commissioner to the Pacific Salmon Commission; was a member of the Province of BC’s Minister of Agriculture’s Advisory Council on Finfish Aquaculture (2018), and mostly joined the Board of Directors for the new Salish Sea Institute, Western Washington University.