Canadian resource people have been preoccupied with two pieces of controversial legislation in Bills C-48 and C-69. In a surprise twist, a third federal bill would increase emissions by placing unexpected new constraints on hydroelectric power.

Turns out that the bills to ban tankers on the British Columbia north coast (C-48) and overhaul Canada's regulatory review process (C-69) have been hogging all the limelight, while a third relatively unnoticed piece of legislation could make it impossible to add a new hydroelectric dam anywhere in the country.

That's an alarming prospect when you consider the energy implications of current policy directions at all levels of government. One report from UBC stated that if the City of Vancouver followed its plan to achieve 100 per cent renewable energy by 2050, electricity consumption will nearly double. (Note 1)

It has long been assumed that hydro would be a big part of the nation's energy transition story. Recently, however, a number of credible experts have been telling the Senate committee on fisheries that it could become impossible to develop new projects, or even continue using existing ones without major changes.

This state of affairs arose not because of the initial intent of Bill C-68's drafters, but rather because of a surprise amendment introduced by MP Elizabeth May, the Green Party leader, that redefines the seemingly innocuous concept of water flow.

Hydropower is a major source of electricity generation in Canada, and most provinces have the potential to develop new hydropower plants as they deliver a reliable supply of low carbon electricity. A February 2018 study by the Canadian Energy Research Institute included this map of potential sites for hydropower generation: 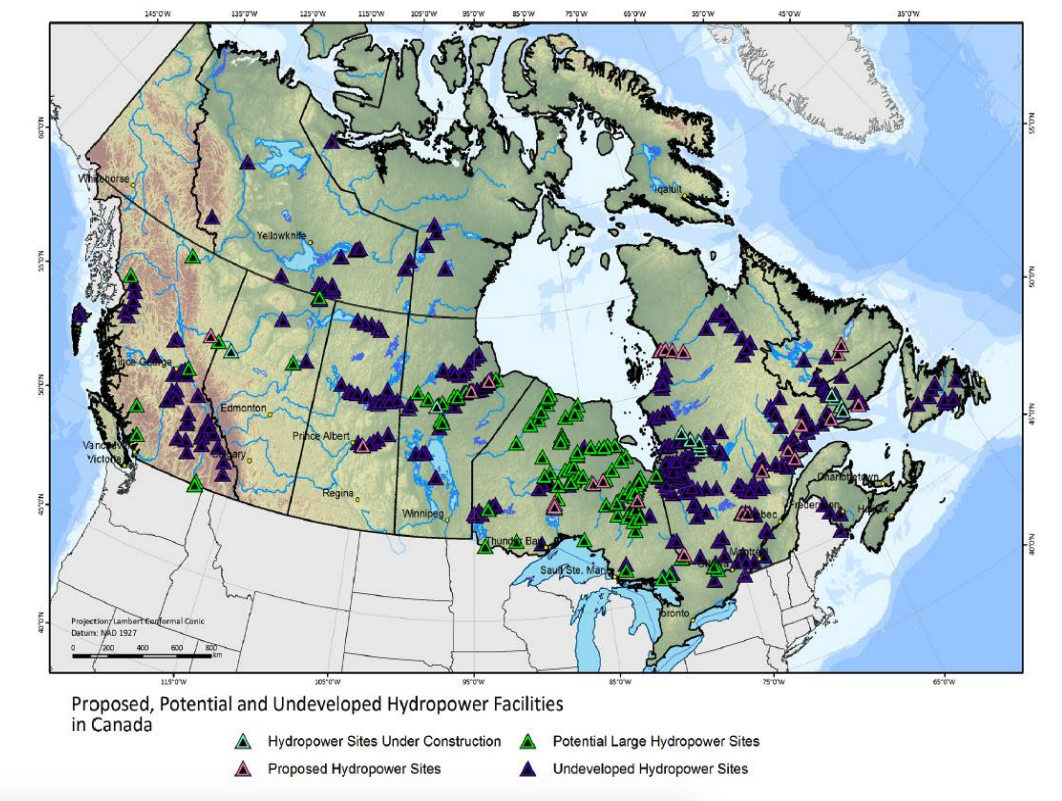 The greatest hydro potential, at least in a theoretical sense, lies in the provinces of British Columbia and Quebec, according to the CERI study: 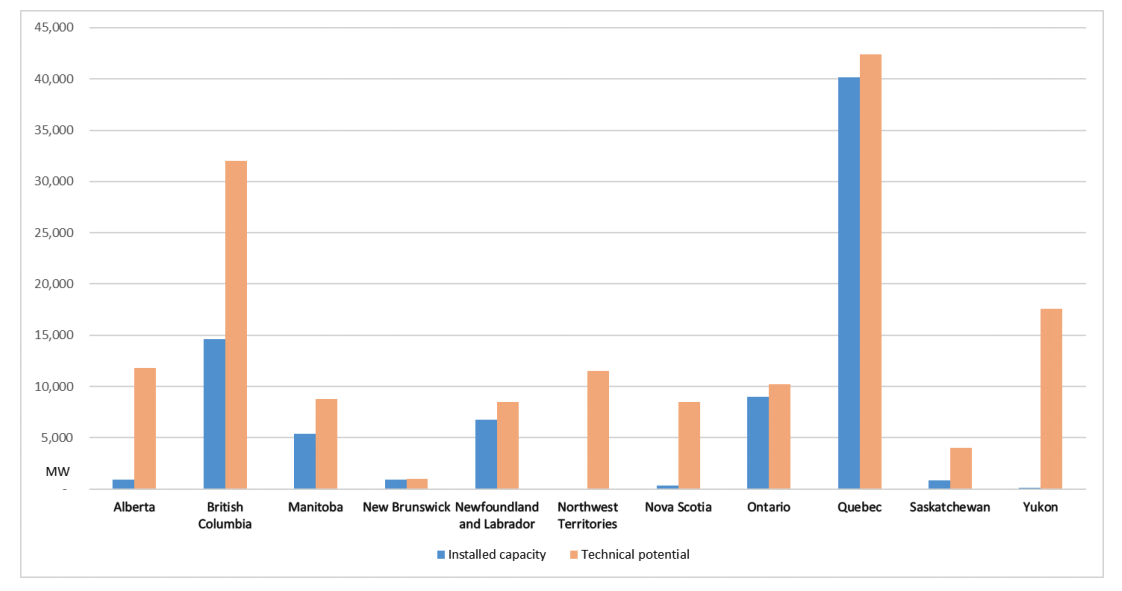 Therefore those are the provinces most likely to lose out because of Green Party amendment.

What might be the strongest statement made to the Senate committee came on April 11 from Anne-Raphaëlle Audouin, president of WaterPower Canada, who stated: "If Bill C-68 is passed in its current form, its impact on the ability of our industry to operate the existing power stations could be catastrophic."

Terry Toner, Director, Environmental Services, Nova Scotia Power and a representative of the Canadian Electricity Association (CEA), made a point reinforced by others: losing hydro capacity will not only remove a source of green power, it will also mean that intermittent renewables including wind and solar will have to be backed up by natural gas or coal generations.

C-68 appears to mean that Canada's status as the second largest clean/renewable generator in the world, with one of the cleanest grids in the world, would be jeopardized. Given the challenges of decarbonization, it's would certainly be a strange and unexpected twist to add hydro to the list of low-carbon electricity options that the federal government isn't comfortable talking about (nuclear being the other).

While it may appear the industry is looking to dilute the Act, Channa Perera, Vice-President, Policy Development at CEA pointed out that while the industry has been advocating for targeted amendments since the Bill was introduced in the House of Commons (HoC), it hasn’t pushed back on any “major” provisions such as the restoration of the previous prohibition against harmful alteration, disruption or destruction of fish habitat (HADD).

However, the last minute amendment introduced by the Green Party linking water flow as being, in and of itself, fish habitat remains a major concern for hydro producers, says Perera. Water flow is already addressed in the proposed Act, regulated by provincial authorities as well as being embedded in some of the international treaties, thus making the Green Party amendment unnecessary and duplicative.

It's not at all clear that anyone in the Department of Fisheries and Oceans (DFO), or in the government, had any prior knowledge of the Green Party changes nor indeed their implications.

Meanwhile, if Bill C-68 does pass with the Elizabeth May changes intact, utilities with investments in natural gas and coal generation might have cause for celebration.