With Biden blocking Keystone, the Trans Mountain Pipeline Expansion Project is more important than ever. 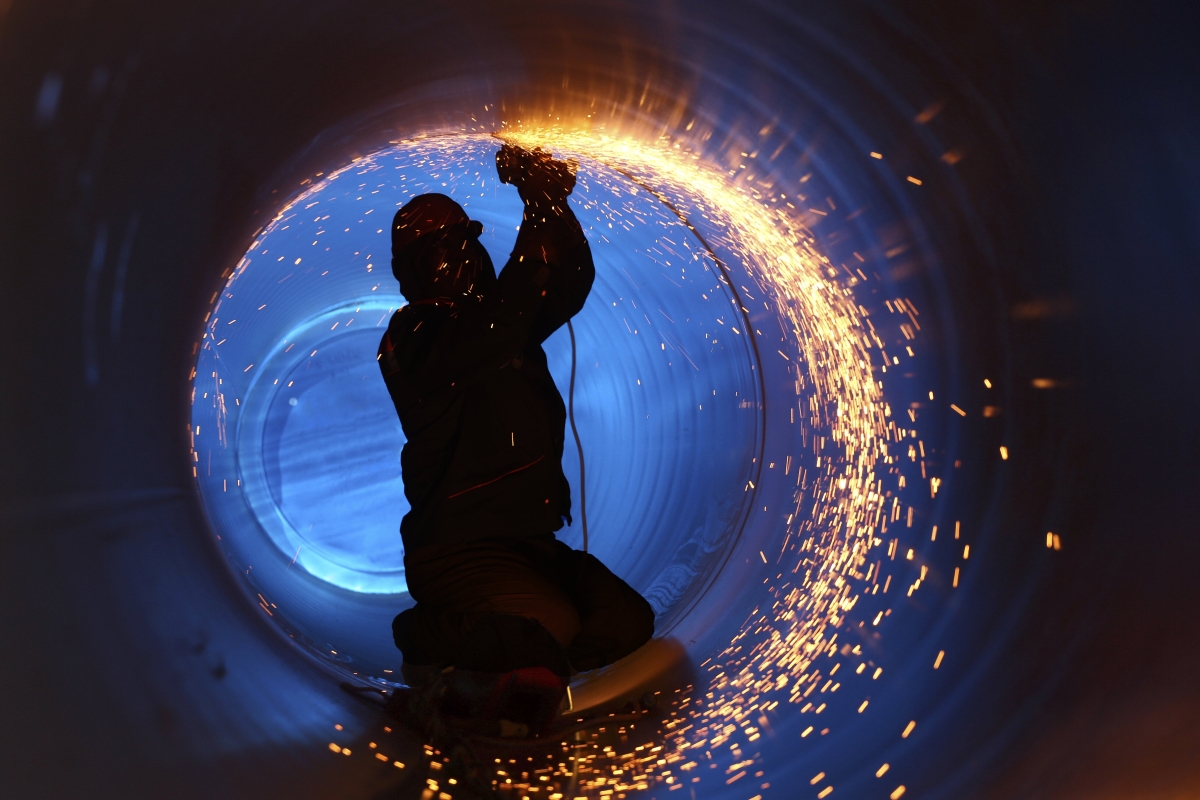 After a heated First Ministers' conference call, provincial aides reported that "Some premiers want to go to war" with the U.S. because of President Joe Biden's torpedoing of the Keystone XK pipeline.

Saskatchewan and Ontario were vociferous. Ontario Premier Doug Ford called Biden "a bully," and a furious Alberta premier Jason Kenney declared that he wants Ottawa to threaten the US with retaliation through trade sanctions.

True, Ottawa came up with eye-for-an-eye tariffs in 2018 on a range of US aluminum goods after Donald Trump imposed punitive measures on U.S. imports of Canadian aluminum.

But to threaten the US today recalls a 1959 movie starring comedian Peter Sellers, The Mouse that Roared.

In it, the tiny nation of Grand Fenwick finds its only export, a gourmet wine, being produced by competitors in California. The economy collapses. The prime minister proposes that Grand Fenwick invade the US, promptly surrender, and claim war reparations. The Grand Fenwick army (25 men) then launches its invasion with hilarious results.

But Prime Minister Justin Trudeau did talk with Biden for 30 minutes on January 22, in the new president’s first chat with a foreign leader. Trudeau again "expressed disappointment" with Biden's KXL decision.

In turn, an official said Biden acknowledged the hardship it would create in Canada but defended his decision by saying he was making good on a campaign promise and restoring a decision made by the past Obama administration.

Canada had previously and frequently made its case through diplomatic and political contacts for months, following Biden’s statement last May that: "I've been against Keystone from the beginning. It is tarsands that we don't need."

The costs of the cancellation for Canada are indeed hefty. Alberta, for example, invested US$1.1 billion of taxpayer money in the project. TC Energy and its contractors will be out even more billions. Thousands of Canadian jobs are lost. Participating First Nations also lose. On the US side, unions say it means lost jobs for more than 8,000 workers in three states and US$900 million in wages.

We can hope that Biden might change his mind down the road if Canada and Alberta can push the benefits of KXL and make it even greener. Keystone's case would be bolstered if US unions can hammer Biden with his promise that he's "a union guy," and US Gulf Coast refineries can make the case that they need Alberta's heavy oil, and a pipeline is the best way to get it.

Canada's oil exports are expected to rise over the next few years through current pipelines and expansions as well as by train.

But, all in all, US demand for imported oil is slowly lessening. As of now, scrapping KXL is an easy decision for the Biden Administration:

Note that Biden hasn't said the US will stop exporting oil. If its shale sector revives, the US can become the world's top oil exporter. Biden has no issue with this. Last year, US oil went to 190 countries, fetching global prices (some of it was our oil that went to the Gulf Coast at a discount and was re-exported at a profit by the US)

Predictably, green groups promptly demanded that Biden follow up his KXL decision by cancelling even more pipeline projects, including Enbridge's Line 5, which feeds Western Canadian oil to refineries in Michigan and Ohio and on to Sarnia ON.

Here at home, we saw the same groups redouble their attempt to convince Ottawa to kill its Trans Mountain TMX pipeline expansion project.

But without TMX, Canada loses massive investments in clean-energy transformation. The government lacks unlimited ways of getting money. Crude oil exports are our single most important way of getting it.

For decades, almost all Canadian oil exports have gone to one country, the US, and a significant discount from world prices. We are, at least in oil-market terms, an economic colony of the United States.

Is Biden happy with this? He should be: The US economy benefits from steeply discounted Canadian oil for its refineries.

So here's the crunch: Canada needs Alberta oil to reach the West Coast so we can export it at world-market prices and bring the money home. The current Trans Mountain pipeline is jammed full, and month after month, it has to say no to shippers who want to send more oil through it. Hence the need for the expansion project.

In the meantime, that's a lot of lost money, and we need to bring that money home. The pandemic has hammered our economy while raising the cost of healthcare. Government can’t just print money and run explosive deficits forever; we need private investment and exports. And some of that oil-and-gas export money will go to greening the economy.

If Canada’s goal is truly to decarbonize and diversify the Canadian economy, what will work is:

That last point, incidentally, is a pledge that the Trudeau government has already made.

President Biden has exciting plans to transform the US energy system. That's great, but Canada is way ahead, and the US has a lot to learn from us if they care to get away from the politics. Among other things:

For now, what we can offer is our innovations in technology, policy, law, and even thinking to our good friends to the south, because if ever is a time they need it, now is the time.