Canada at 148: What's the true size of our remarkable resource endowment?

1.8 million workers in the sector create $235 billion in exports – that's a legacy of staggering proportions 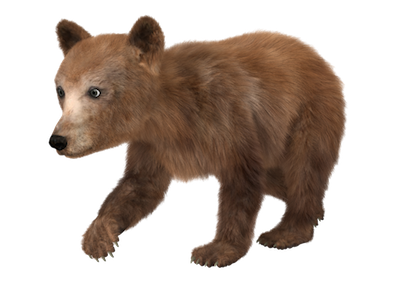 Looking to the future, it seems as if the nation will be able to continue to base its world-leading quality of life on this same foundation.

According to Our Resources, New Frontiers: Overview of Competitiveness in Canada’s Natural Resources Sector, Canada is the global leader in the production (by volume) of potash, and ranks among the top five global producers of strategic minerals and metals such as aluminum, cobalt, diamonds, nickel, uranium and platinum-group metals.

The publication was presented at the Energy and Mines Ministers’ Conference in Sudbury, Ontario, in August 2014.

It describes how Canada is the fifth-largest producer of crude oil and natural gas, accounting for over four per cent of global production in both cases. Beyond these world-class reserves, the conference was told, expertise and knowledge are key factors contributing to Canada’s position as a leading commodity producer and exporter.

In particular, Canada was recognized globally for its resource value chain that extends into other parts of the economy. For example, over 3,200 suppliers of equipment and services in a wide range of industries serve the minerals and metals sector alone.

A growing clean technology sector and engineering & environmental service industry is also supporting resource development across Canada. The country is recognized for its sophisticated financial and legal institutions. Canada’s rich tradition of excellence in these sectors has given rise to strategic competitive clusters in all regions.

Canada has the lowest business tax cost in the G7; the World Economic Forum says Canada’s banking system is the best in the world; Bloomberg lists Canada as the second-best country in the world to do business in 2014; the International Energy Agency ranked Canada second out of 15 peer nations for its rate of energy efficiency improvements from 1990 to 2010; and we have one of the most well-educated and skilled workforces in the world.

But there is no room for complacency. New rivals, often with highly competitive cost structures (e.g., lower labour costs), have emerged in recent years and account for a rapidly growing share of global production and exports. As competitors continue to increase in both number and quality, Canada must continue to evaluate its approach, leverage its strengths and address challenges if it is to maintain its competitive edge in the energy and minerals and metals sectors.

Today, the natural resource sectors are significant components of the national, provincial, and territorial economies, contributing to high living standards across the country.

The energy, minerals and metals, and forest sectors directly and indirectly support close to 1.8 million jobs across the country and account for almost one-fifth of the country’s nominal gross domestic product.

In 2013, natural resource exports totalled $235 billion. There are also hundreds of major resource projects currently underway or planned over the next 10 years, worth approximately $675 billion in investment.

The country’s regulatory regime is among the most efficient and competitive in the world, while also reinforcing the whole-of-government approach to integrate aboriginal consultations into the new environmental assessment and regulatory processes.

A study released in January 2014 by the British Columbia Jobs and Investment Board (BCJIB) evaluated the province’s investment competitiveness in eight industries, including the mining and natural gas industries. It found that in mining, the province enjoys:

The BCJIB report indicated that efforts by governments to streamline federal and provincial environmental assessment processes offer an important opportunity to the sector.

Barriers to investment in mining included uncertainty related to First Nations land claims, high cost and scarcity of long-term labour, a transportation infrastructure in need of expansion, a lack of energy supply in remote areas and inadequate access to tidewater in some locations.

All told, these advantages allow Canada to punch way above its weight as a nation on the global stage.

But there is no room for complacency. New rivals, often with highly competitive cost structures, have emerged in recent years and constitute a rapidly growing share of global production and exports. Canada must continue to work hard to keep costs down, increase productivity, draw capital investment, ensure there are trained workers, and build the infrastructure necessary to develop and move resource commodities.

Canada has a tremendous resource advantage, which positions the country favourably in meeting the world’s demand for energy, minerals and metals. But if we do not do better in one crucial area, all of this will be placed at risk. Policymakers have been too slow to address the need to engage with the Canadian public to ensure that concerns about environmental responsibility are addressed. If governments and industries are not the ones providing credible policies, and making sure Canadians understand them, then external pressures will only grow.

In the next 148 years, Canada needs to lead the way not just as a nation that extracts and sells its resources. It needs to do more than that. One of the challenges will be to accomplish an inclusive conversation on the meaning of responsibility, and this should be right at the top of the list.