"The enemy isn’t fossil fuels. It’s not even coal. It's carbon dioxide. So carbon-capture technologies are the future," writes Cory Channon. 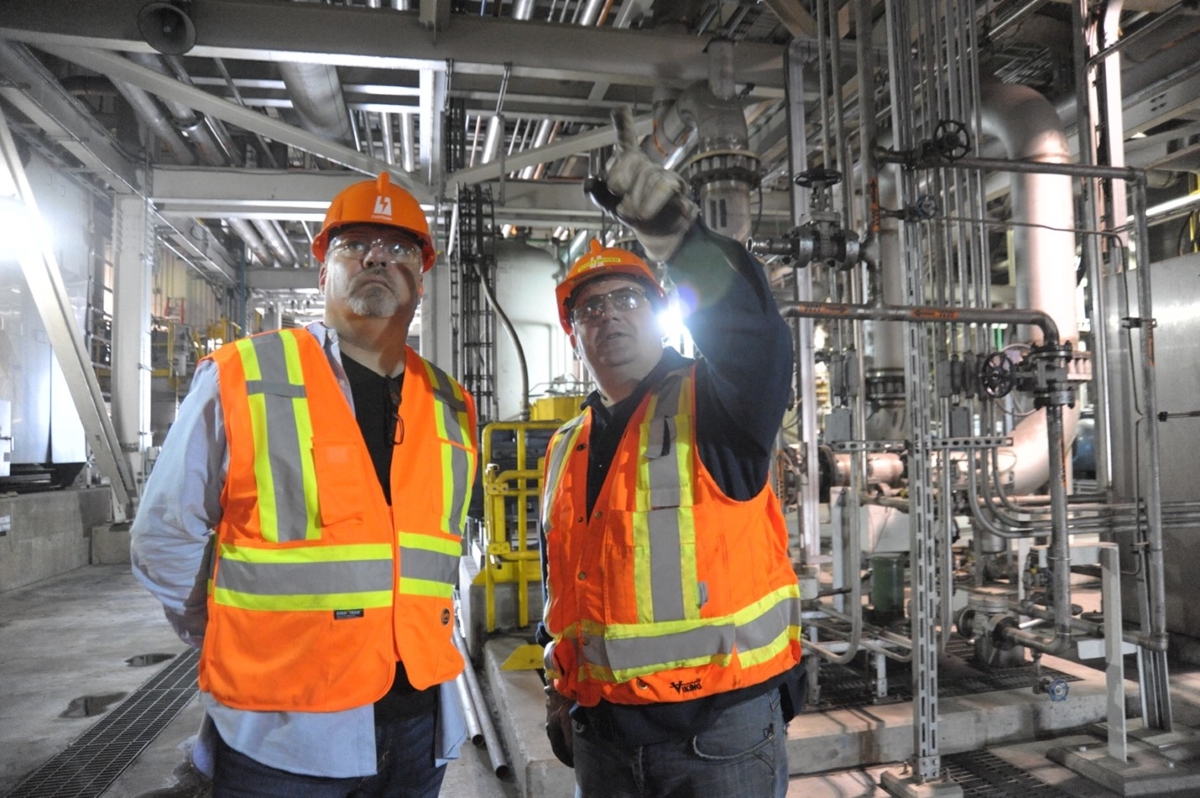 We need to be realistic. We need to set smart and achievable targets. We need to have adult conversations. We need to discuss intelligently how we are going to meet Canada’s goal of reducing emissions by 40% come 2030.

The International Brotherhood of Boilermakers attended the COP26 climate conference in Glasgow, and came home with a strengthened mission and message on the environment:

The enemy isn’t fossil fuels. It’s not gas. It’s not even coal. The enemy is carbon dioxide. So carbon-capture technologies are the future.

We need to get the CO2 out of our industrial and energy processes, and we need to move quickly.

If we don’t, a lot of these facilities are going to be forced to shut down. Keeping these operations working, and keeping workers employed, while reducing GHG (greenhouse gas) emissions, is the win-win story we need.

Carbon-capture works, and its technologies are improving all the time. Indeed, if all proposed carbon-capture projects in Canada go ahead, they could capture 115 million tonnes of emissions — 60% of Canada’s 2030 target.

The International Carbon Capture and Storage (CCS) Knowledge Centre in Regina conducted a study with Sask Power on implementing CCS at the big coal-fired Shand power plant in Saskatchewan. It found CCS could capture up to 97% of the CO2, and CCS capital costs could be reduced by 67%.

And they can dramatically reduce the energy that’s needed to operate such facilities.

Saskatchewan is proving to be a world leader in carbon capture. And Alberta is putting $131 million into carbon-capture projects. Now we’re waiting for a federal strategy and program on carbon capture.

Natural Resources Canada convened a group to work with them on this strategy. We hope the strategy comes out soon, and that Canada stays the course on CCS and its cousin, CCUS.

That’s the direction that, ultimately, we have to go in. We want to have a vibrant economy and good jobs and a cleaner and safer world atmosphere.

We also need to be mindful of the people who work in the current facilities. Those who may lose jobs need to be helped by “the just transition.” We’re also waiting for a federal strategy and program on that.

That strategy needs to be truly “just.”

One example of a so-called transition plan was funded for coal miners in Saskatchewan. There was $100,000 allocated to retrain over 300 workers. What’s $330 a head going to do? Teach people how to prepare a résumé? That’s not “just.”

The Boilermakers support other solutions, too. We’re enthusiastic about the potential for hydrogen, but we know the hydrogen economy is going to take time to develop. We also have to be mindful that geography is going to dictate what technology works better than others, and where.

At the end of the day, if we’re fighting carbon dioxide, we need an energy transformation, not necessarily an energy transition. Hydrogen energy should be part of that. But right now, CCS and CCUS facilities and technologies are the best tools we have and the fastest and only way of reducing emissions justly.

That’s why I say it’s high time to have sensible discussions on how we’re going to move forward.