Alberta's new carbon levy matches British Columbia's $30/tonne level, placing both jurisdictions ahead of others. The premiers of both provinces are showing determination to be leaders, but not sacrifice their economies while others lag.

When Premier Rachel Notley introduced her long awaited Carbon Levy in last week’s Alberta budget, she chose a per-tonne number that is right in line with British Columbia’s: $30/tonne carbon by 2018.

The levy has differences too, but at long last gives Alberta the ability to claim it is competitive with BC on the carbon front.

Meanwhile in British Columbia, the question is whether Premier Christy Clark should abandon the $30/tonne figure that her province also follows, and accept urgings from some voices on her own climate panel that the number be increased by $10 a year over a number of years.

Doing so would appease critics who think that building a clean natural gas export industry through LNG should be discouraged through tax measures. (Set aside the fact that this would actually do nothing to reduce overall carbon emissions - see below.)

While finally accepting the need for a substantial carbon levy, Alberta's new budget locks future increases to parity shifts in other places. 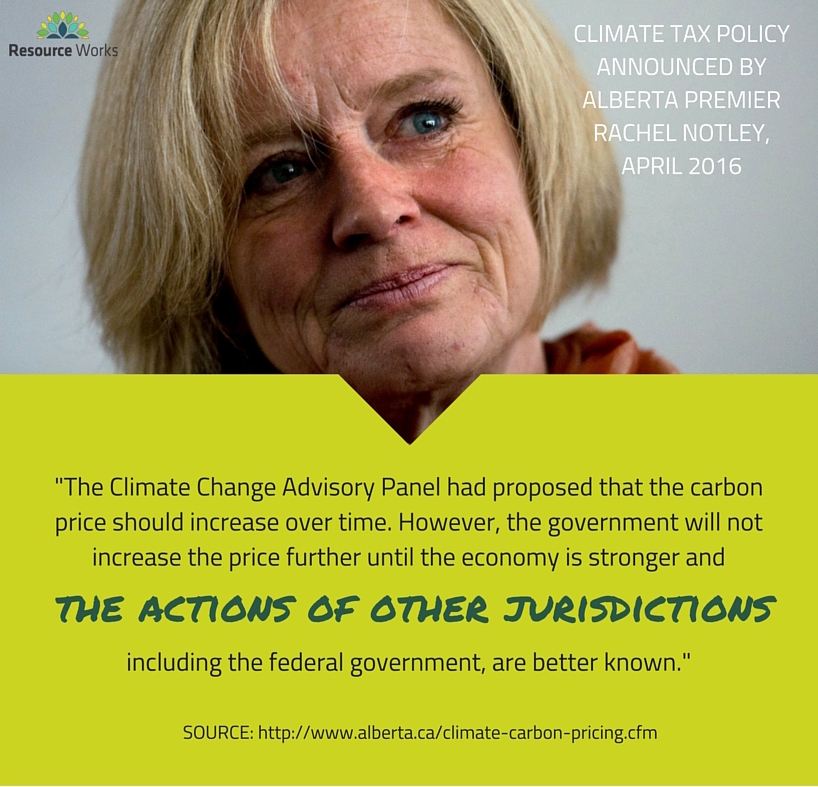 According to the Notley budget, “The [Alberta] Climate Change Advisory Panel had proposed that the carbon price should increase over time. However, the government will not increase the price further until the economy is stronger and the actions of other jurisdictions, including the federal government, are better known."

That is the only palatable choice for a provincial government in 2017. In this regard, Premier Notley is following in the footsteps of Premier Clark.

As Premier Clark said recently: “In British Columbia, it’s not the worst thing in the world if other provinces decide they want to catch up with us."

Both premiers are mindful of the risk that outlier carbon-tax raises would have the perverse effect of harming, rather than helping, the climate. The risk is that such increases lead only to carbon leakage whereby carbon-intensive industries merely relocate to less regulated jurisdictions.

Critics of the current BC tax who want to see it go higher have dodged this question, instead publicizing “business coalitions” of pro-increase grocery deliverers, kayak peddlers and microbreweries as evidence that this could be something businesses actually want.

It is easy for those in economy of consumer transactions to sign on to this idea, but there is a very good reason that not a single business endorses this view that comes from the engine room of the economy - the one that creates export revenues.

What those on the Princess Deck are not considering is the fact that Quebec, Ontario and Manitoba have all acted to protect their energy intensive and trade exposed industries from the effects of carbon pricing. 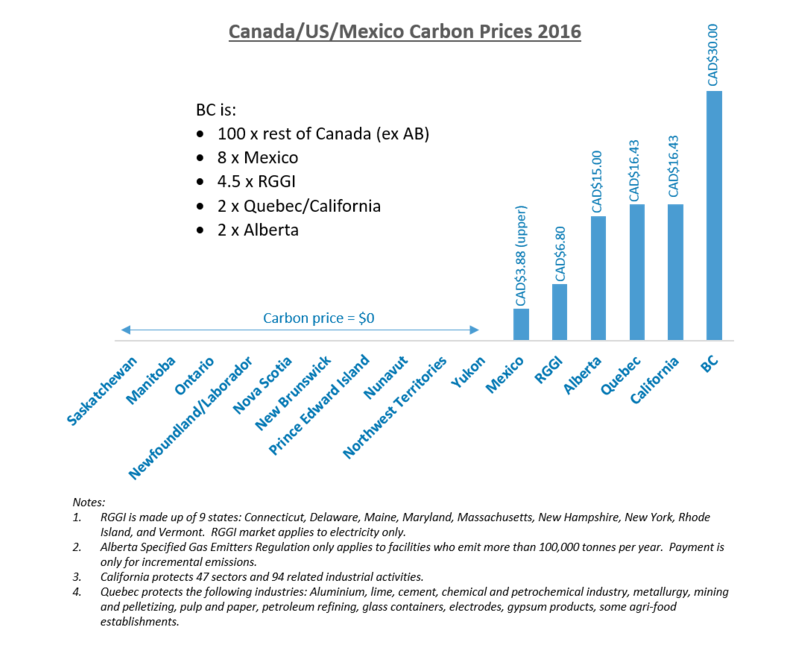 Revenues and job creation in British Columbia would be disastrously affected if industries like mining, pulp and paper, cement, forest-product manufacturing, and LNG were driven away by punitive taxes. This is a real prospect. Yet these very industries are instrumental in creating and supporting the infrastructure of our low-carbon future.

The BC government has been fairly clear about this, reportedly saying it “would only consider an increase in the carbon tax under a regime where emission-intensive, trade-exposed industries are fully protected from any carbon tax increase.”

Until the world catches up with BC, it is difficult to see any reason why its voters would go along with the idea of higher burdens on the province’s taxpayers and industries. BC is already in line with the best performers in western Europe on per capita emissions.

Influential lobbyists for product-specific energy alternatives like solar and wind have been pushing policy makers hard to adopt a doctrine of targeted punishment of the industries they oppose.

Thanks to Premier Notley's solidarity on this issue, it has now become much less easy to single out British Columbia for intensive public campaigns to raise the tax too quickly.