Celebrating first anniversary and looking down the road ahead

Resource Works was launched exactly one year ago today. We’ve come a long way since then

With the release of two major economic studies (in case you missed it, check out the Urban Impact report, and Sovereign Wealth Fund report) and a mandate to create a badly needed middle-ground conversation about natural resources in British Columbia, we are doing what no other group is doing.

British Columbia should be a place with a growing economy that creates opportunities for all. It should be okay to freely acknowledge that a strong resource-extraction component is at the core of our prosperity. And it must be universally acknowledged that a responsible approach to environmental sustainability is necessary in all we do.

It is time we restore pride in our essence as providers of responsibly developed resource products that make the world a better place. 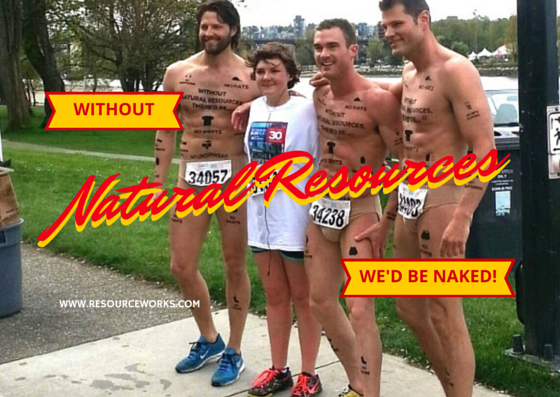 Today we hear, too often, that you can’t have both a strong resource economy and a respectful approach to the environment. Our research is showing that this is simply not the case. We can have both.

To a growing extent in British Columbia, we do have both.

That is what Resource Works is going to focus on.

We announced our existence at Simon Fraser University’s downtown Vancouver campus on April 10, 2014.

Journalists representing a total of six publication languages attended our news conference, where we explained our mission and introduced our management team and advisory council. We also took a moment to introduce the CEO of our seed-funding body, the Business Council of British Columbia.

One week prior to launch, a group of Resource Works supporters had travelled to Victoria to brief both the Government and the Opposition caucuses about our intentions. In each case, we received a warm welcome and in each case we left with indications of support.

Since that time we have been making a splash with a unique approach to our task.

We notched up a remarkable achievement this month when we attained the highest social-media influence score of any Canadian think tank (as measured by our Klout score – and, yes, we are still pinching ourselves that a startup non-profit of our modest scale could pull off such a feat!). We would never have been so bold as to aim for this remarkable status; it came as a complete surprise when we first spotted the trend last year. It proves that there is an eager audience for our messages. 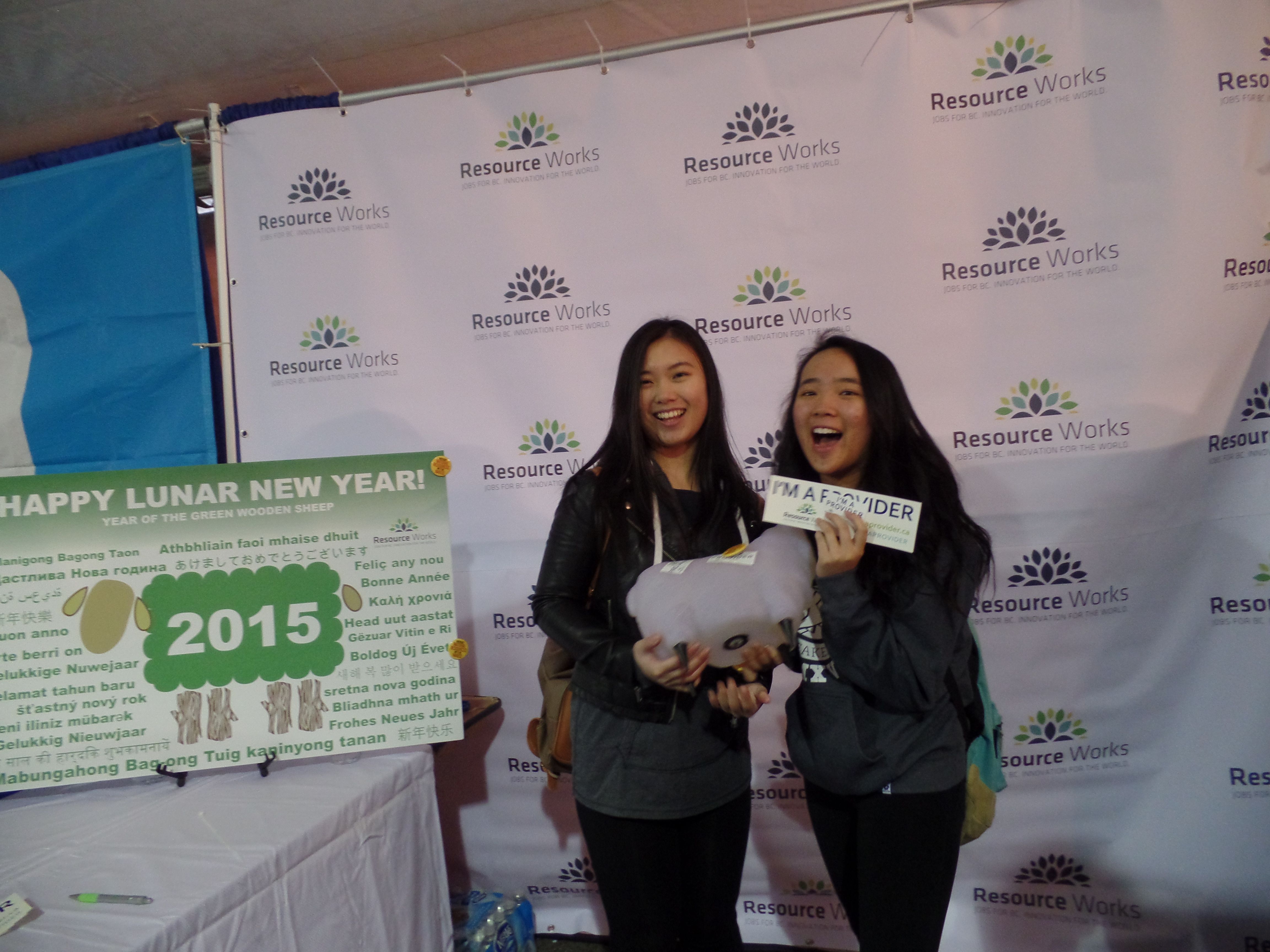 Yet we are a lean little operation. As we blow out the candles on our first birthday cake, some staff are sitting in lawn chairs that they have dragged in to the office. Visitors who have seen only our impressive website, published reports, and various social media channels are routinely astonished by our modest physical circumstances. (Hint: Yes, we do accept donations!)

We see ourselves as partners in a shared mission, one that is attracting volunteers who see what we are doing and want to be part of it.

One impetus for our creation was the September 2013 report of the Shared Prosperity project. Chaired by former B.C. finance minister Carole Taylor, it concluded after a year-long fact-finding mission that a serious deficit in economic literacy is part of the reason why not all British Columbians are sharing in the province’s success.

The project concluded that if we are to tackle emerging challenges that increasingly threaten British Columbia's long-term prosperity, there is a need to "base arguments in fact [and] respectful dialogue, distinguishing between vested interests and broad interests, and engaging in a manner that seeks resolution, not endless confrontation."

These words infuse our sense of purpose.

Resource Works chose to focus on the natural-resource economy, an area that is fraught with challenges in an age when – according to our initial public-opinion research – the vast majority of British Columbians consider themselves to be environmentalists and concerns about global issues such as climate change are matched by the expectation that local lands, water and air must be conserved.

At the same time, people do expect that well-paying jobs are their right, and that governments will always continue to deliver quality services such as transportation, health care, and education. In British Columbia, it has historically been trade in resource commodities that has allowed for those benefits to flow, and despite some arguments to the contrary, the dependency continues to this day.

So we are taking on a huge challenge. We knew we had to start with the right team and the right objectives.

We are often asked: “What took so long for you guys to come along?!”

One reason is we needed to do things right, not fast.

As the strategy for Resource Works came together through the fall of 2013 and the spring of 2014, we built a big-tent coalition drawing on many voices – environment, First Nations, labour, business, academia, multicultural communities, and broad regional representation across British Columbia. The Advisory Council reflects the cross-society, non-partisan nature of our mission and it has provided important counsel through our first year’s journey. 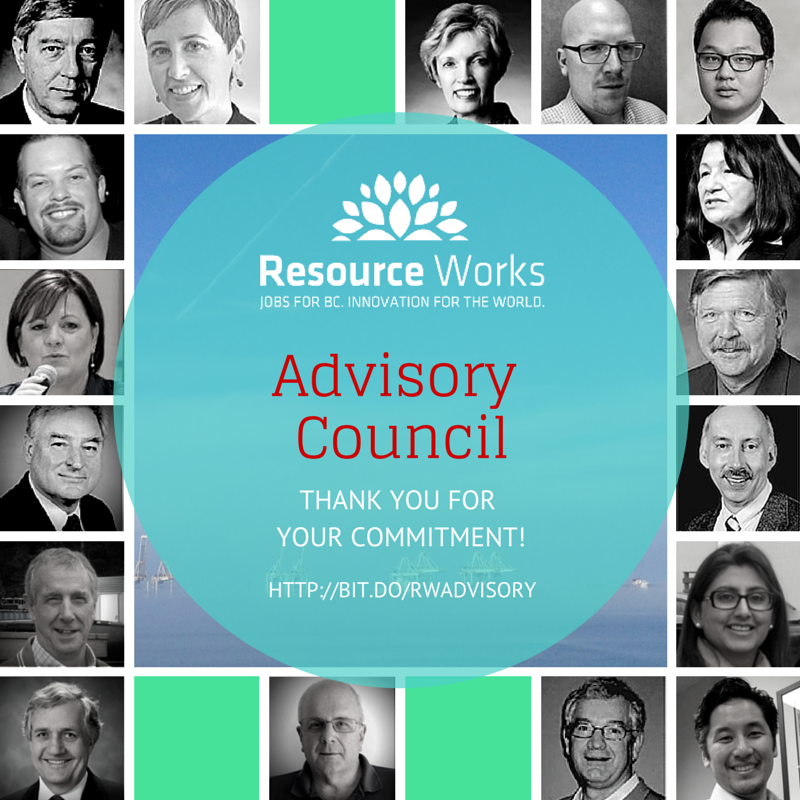 We will continue to build this important capacity with additional voices that represent the wholeness of British Columbia life.

We are also working to diversify and grow our financial support as the project matures. This is not just about ensuring our survival. We also need to show that we truly do represent the many facets of B.C. life – not just what some will inevitably perceive as the singular interests of the business organization that gave us initial capacity to operate.

The Resource Works Society’s mission is set out in our bylaws dated March 18, 2015:

To accomplish this mission, in the first instance we are identifying gaps in knowledge and setting forth, through our research projects, to create credible and academically sound additions to the knowledge base about the B.C. resource economy.

Our management team, advisors, and researchers are frequent contributors of perspectives in broadcast, print and social media.

We have also produced a significant amount of commentary on current affairs, and this material can be found on our website and referenced in our robust daily Twitter feed (@Resource_Works) and on Facebook.

Economic research is only the starting point for what we need to accomplish. Understanding what citizens are concerned about led us, in the fall of 2014, to commence a series of community conversation events that we subsequently reported on in December.

Is there room on the public policy landscape for a project like Resource Works? We see daily evidence that there is.

More and more people are choosing to support Resource Works.

Our clear definition of purpose as a banner-carrier for responsible resource development was quickly grasped across Canada.

In September 2014, we were given equal standing in a nationally broadcast CBC radio debate with one of British Columbia’s leading environmental activist figures. We considered this to be a significant accomplishment for a growing movement that, at this point, was less than six months old.

Many people have told us that we are filling a major gap in public discourse.

It seems as if not a week goes by that our participation is not sought out for panels, media commentary, speeches and advice.

We learned a lot in year one. We now know that the vast majority of British Columbians (72 per cent, according to an Ipsos poll we commissioned) are supportive of natural resource development. A similar share also believes it is possible to grow the green economy with natural resources.

Yet it is also inevitable that every resource project will touch on legitimate public concerns that must be studied and negotiated as provided for in our legal and administrative processes. This can lead to conflicts where emotions run high. Even settling on an agreed fact-set is, at times, well nigh impossible.

With publications such as our Citizen’s Guide to LNG, we are striving to be a third-party source of information that is relevant, comprehensive and properly sourced.

After a lot of hard work in year one, we are going to continue the process of self-invention into year two. Resource Works is bound to remain a work in progress for the foreseeable future.

If you value the economic, environmental and social needs of British Columbia, and are committed to responsible stewardship of our all-too-finite natural bounty, then Resource Works just might be the cause that you have been waiting for.

We thank all of those who have made the project possible. Without you we would not be here.

We think our programs – the sheTalks Resources conference, our multicultural efforts ensuring that all British Columbians can receive our messages, our partnerships with the labour movement – are worthy of support.

We also thank those who challenge us to think about questions they feel we need to pay more attention to – that is a crucial element in helping us to grow and gain relevance.

What can you do today to help? We have some easy steps – start by signing up for our newsletters. "Like" us on Facebook, retweet us on Twitter. Mention us to friends. You might even consider volunteering your time.

From there it will be a hop, skip and a jump to our second birthday.

Thank you for your support. 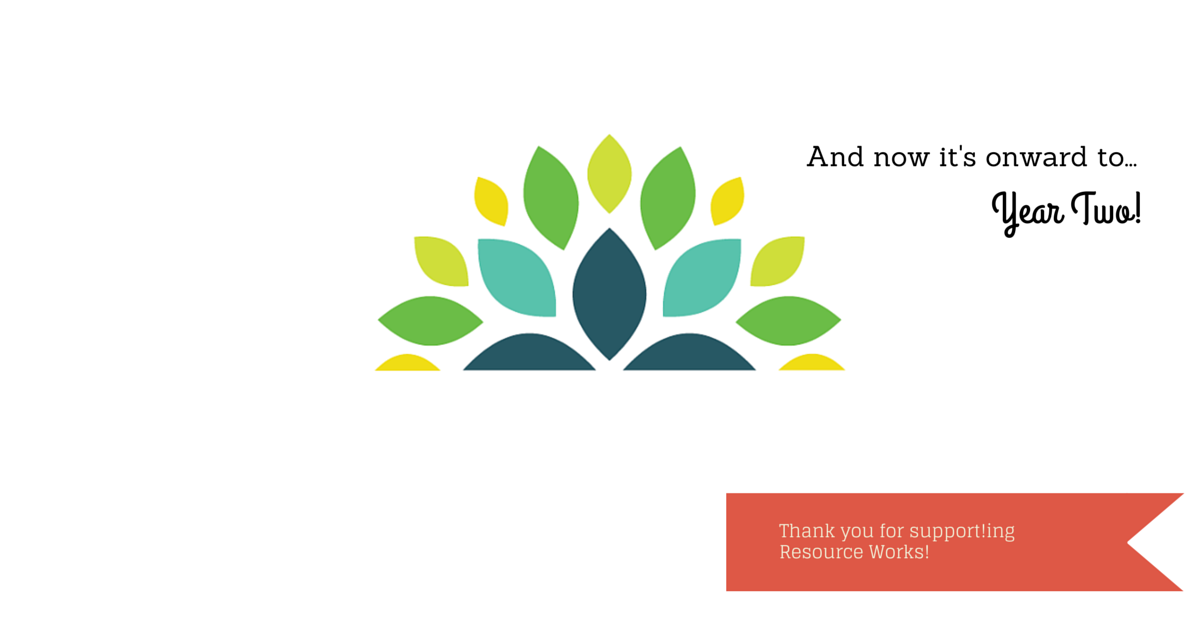 Stewart Muir is the executive director of the Resource Works Society