For B.C.'s climate vision to succeed, federal leadership is past due

Researchers at North Carolina's Duke University recently lauded the B.C. carbon tax, observing that it has been "a politically difficult policy to implement, because support and opposition are concentrated in particular groups."

This article originally appeared in the print edition of The Vancouver Sun, August 22, 2016.

Judging by some responses to Friday's updated Climate Leadership Plan, you'd think the provincial government had reduced or removed a climate policy that has been called "the closest example of an economist's textbook prescription for the use of a carbon tax to reduce GHG emissions."

In fact, Victoria recommitted to a cutting edge policy instrument that is widely admired but rarely emulated. The result sets the province on course to cut greenhouse gas eight per cent by 2030 (even with LNG). 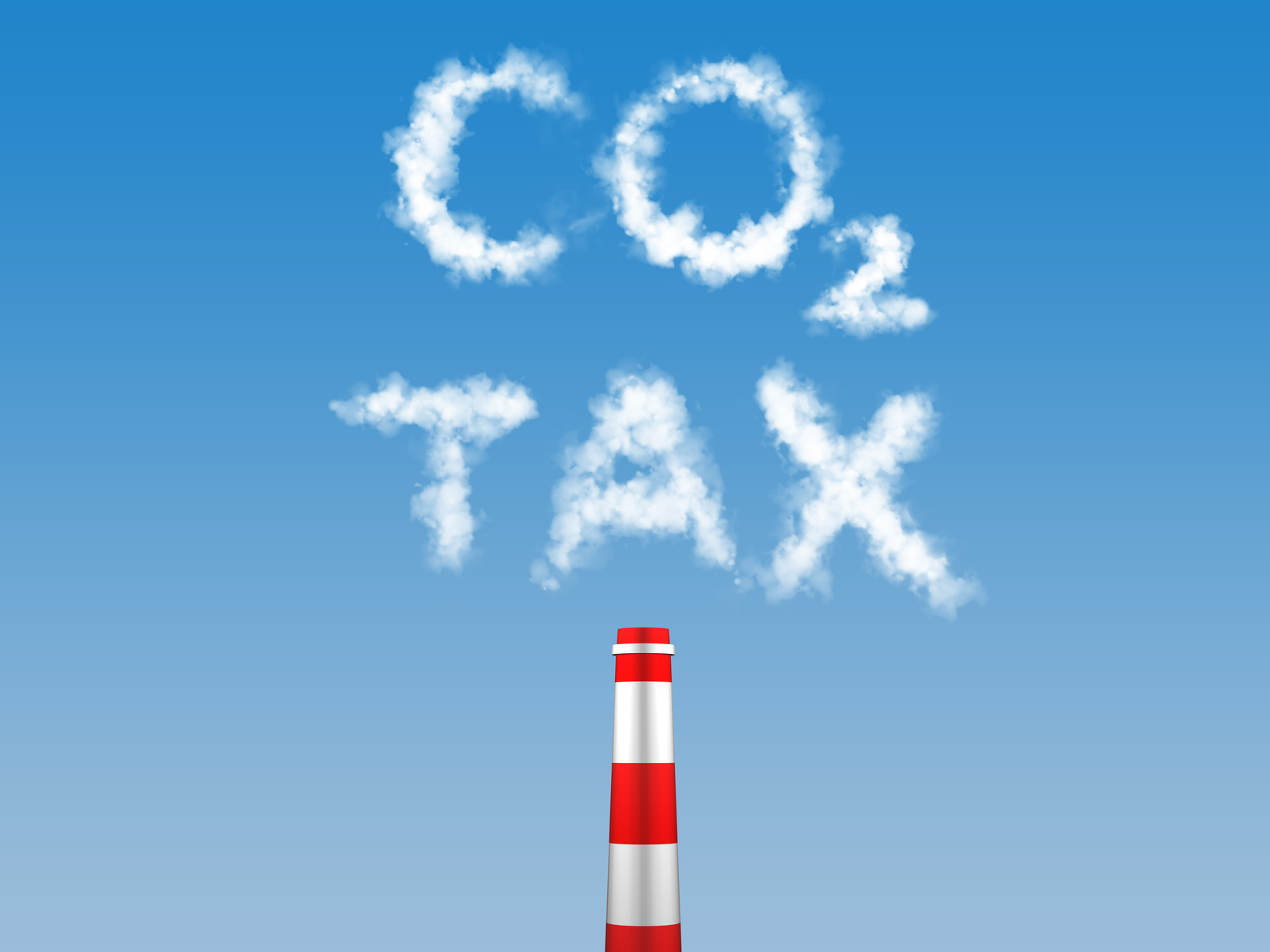 Encouraging use of natural gas in commercial fleets is a smart idea, since today they account for nearly one quarter of all emissions. Reducing their emissions by half would be like eliminating the total GHG output of every private vehicle, every home, and every commercial building in B.C. The provincial plan charts a practical path to significant reductions by using liquefied natural gas to create greener commercial vehicle fleets. If the city accepted the role of natural gas in transportation, it would be able to move toward its own goals for large vehicles quickly and reliably.

The provincial plan is in stark contrast to slogan-driven climate policy bromides ("100 per cent fossil-free by 2030"), popular in some places and based on speculative future technological fixes of unknown cost.

Not surprisingly, Canada's middle-ground editorialists say much the same as our Stewart Muir. Check out what they had to say about the new BC climate plan: Vancouver Sun Calgary Herald Macleans Tom Fletcher

A provincial climate plan based on the practical application of proven solutions, accompanied by incentives for adoption, sounds like a pretty smart way to go.

And thinking back to the Duke University observation, it is also likely to resonate with voters who are ever mindful of affordability questions when it comes to any new tax. (Remember the HST?) Residents of B.C. are deeply concerned about environment, protecting local communities and having a healthy provincial economy. They broadly appreciate that export income based on natural resources is what keeps the economy on an even keel, yet would be ashamed if they believed we were not doing right by the environment.

The University of Western Ontario has demonstrated that B.C.'s per capita emissions are comparable to the best performers in western Europe. And the Ecofiscal Commission has shown compellingly why the B.C. carbon tax still leads the nation.

For some time now, there has been a theory that B.C. could change the world by always being out in front of every other province with its carbon tax. It did not work out that way.

By choosing not to follow the example of competitive jurisdictions that have yet to act or are slow in adopting a meaningful price on carbon, British Columbia is exercising climate leadership. It is challenging Ottawa to drive other jurisdictions up to, and ultimately beyond, the $30/tonne level currently paid by B.C. consumers.

B.C. produces just 8.6 per cent of national GHGs, or 1/11th the amount of the three biggest emitters. In 2014, Alberta added to its GHG output the equivalent of two-thirds of B.C.'s total emissions.

Provinces like Ontario would prefer B.C. address climate change by buying pollution credits from, of all places, California - a jurisdiction that produces some of the dirtiest crude oil in the world.

The Climate Leadership Plan 2.0 represents a call to action for Ottawa to entice other provinces and territories to embrace B.C.'s progressive approach, a proven model that chooses the carrot over the stick to push planet-friendly policies.

In coming months, watch closely how Ottawa handles its responsibility to be a leader in turn. 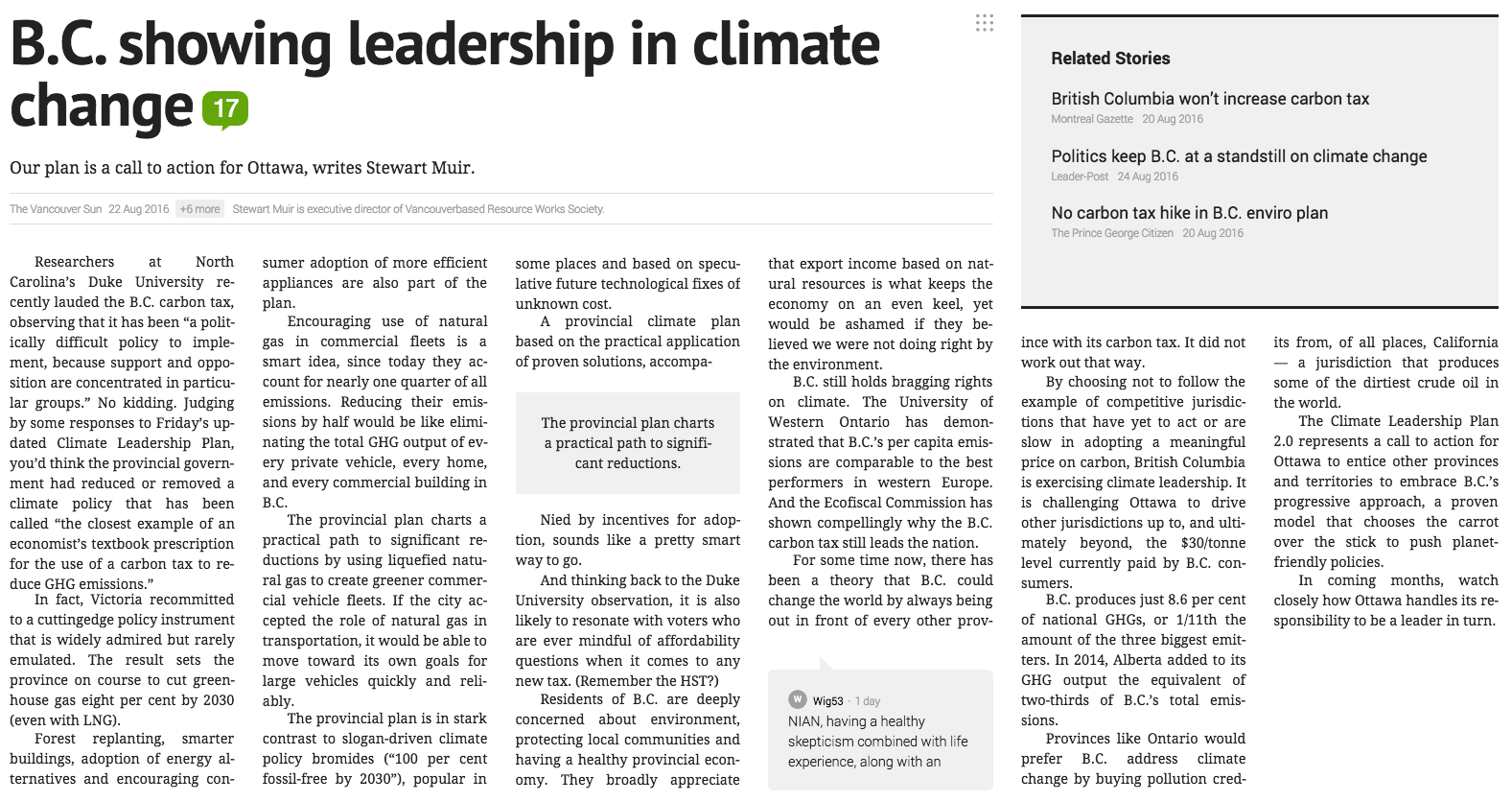