Look out. Look ’way out. And stop looking at today’s depressed spot prices in a rocky world market that’s too full of surplus LNG. Look instead to, say, 2024-2025 - which is where the investors in Woodfibre LNG and LNG Canada are looking. 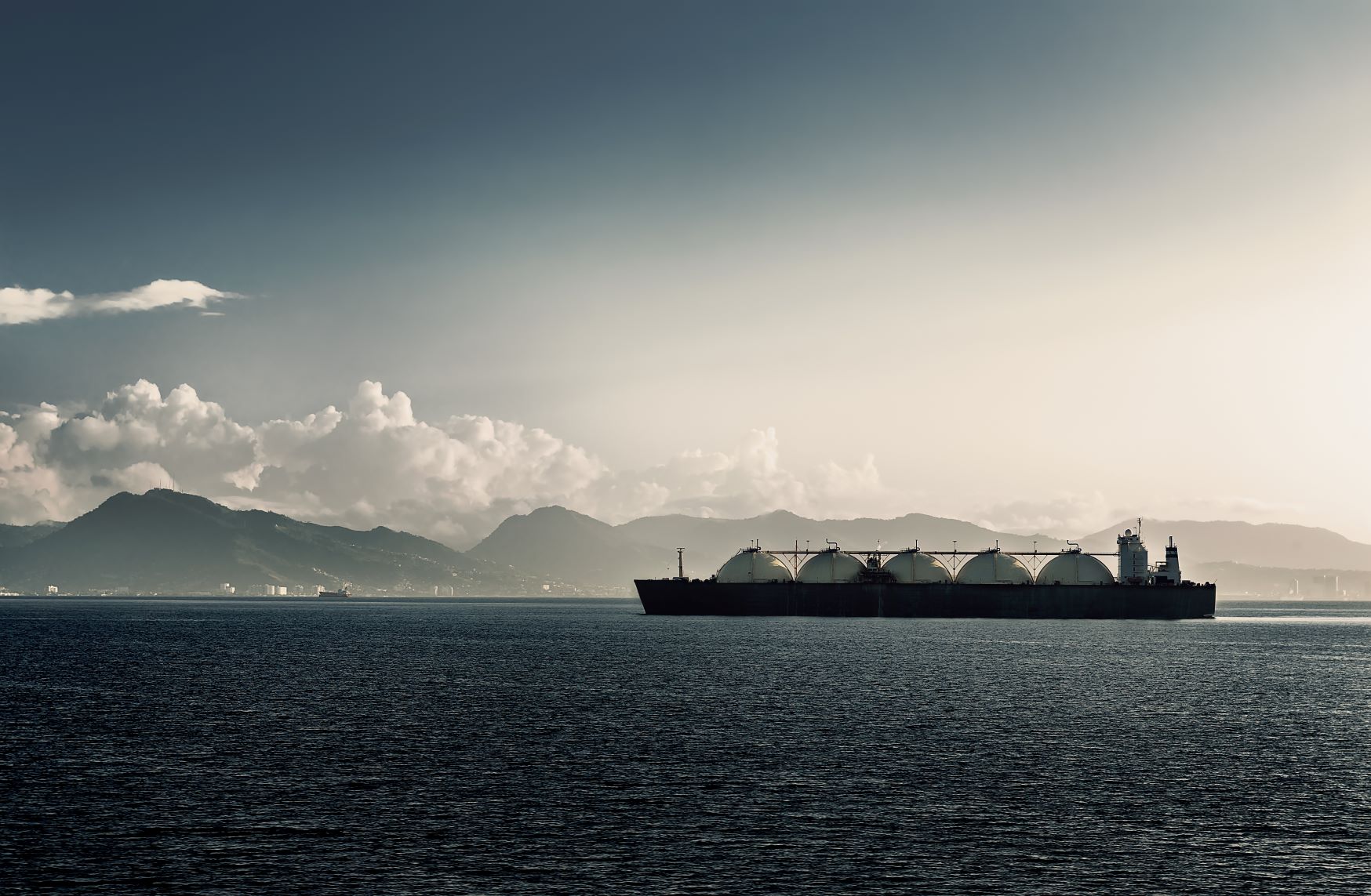 They expect by then, as they prepare to go into production, strong LNG demand from Asia and elsewhere. (Sinopec, China’s giant oil & gas and petrochemical conglomerate, forecasts that China's demand for natural gas, for one, will grow by 82% by 2030.)

And our West Coast LNG plants look for one more thing by 2025: to be able to offer what the BC government promises will be the “cleanest LNG in the world.”

Take Woodfibre LNG, a modest-sized (2.1 million tonnes a year of LNG) plant coming to Howe Sound: With its natural-gas processing operations powered by electricity from BC Hydro, Woodfibre’s emissions intensity will be only 16% of the global average for LNG plants.

“We are reducing GHG emissions by more than 80% by using hydroelectricity,” says CEO David Keane. “Our project will offset dirtier emissions in Asia – the equivalent of taking more than 410,000 vehicles off the road each year.”

That 410,000 was an early estimate. Now a new report from consultants Mantle314 sees Woodfibre “taking around 700,000 passenger vehicles off the road for a year.’

And Mantle314 adds: “Using LNG from the Woodfibre facility to produce electricity would result in an estimated 45% GHG emissions reduction compared to an equivalent amount of coal-fired electricity generation.

“To put it in context, these avoided emissions would be equivalent to 1.5 million car trips (round trip) from Vancouver to Toronto, or 76 years worth of the annual emissions from Squamish itself.”

(All of which makes one shake one’s head at Squamish District Council’s recent 4-3 vote to demand that Woodfibre be forced to reduce its record-low greenhouse gas emissions by another 45% by 2030 and 100% by 2050.)

BC’s benchmark for GHG intensity for LNG plants has been set at 0.16 tonnes of carbon dioxide-equivalent per tonne of LNG. Above that, LNG producers would have to pay higher carbon taxes than those that are below the benchmark. 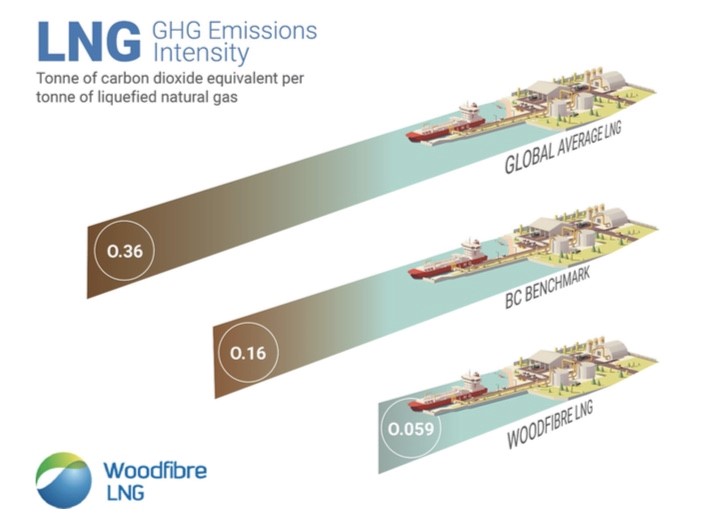 The global average for LNG plants is 0.36 tonnes of CO2 equivalent. Woodfibre LNG, the first planned LNG plant in BC to choose hydro power, will have an emissions intensity of only 0.059, thanks to that electric drive.

Kitimat LNG, still on the drawing board as ‘the Tesla of LNG,’ has spoken of achieving less than 0.08 with electric drive. LNG Canada’s plant, now under construction, would use gas to generate power, with an emissions intensity of 0.15, still lower than BC’s benchmark.

Back to the Mantle314 report: “The annual GHG emissions from the Woodfibre LNG facility represent a small fraction of the emissions by large industrial emitters in British Columbia.

And a new study in the Journal of Cleaner Production confirms that. “Liquefied natural gas (LNG) is a promising alternative to coal to mitigate the greenhouse gas (GHG) and particulate emissions from power, industry, and district heating in China.”

This study found that, compared with Chinese coal for power generation, Canadian LNG could reduce emissions by 34%–62% per kilowatt/hour of power generated.

Now the Canadian government needs to keep working on its stalled hopes of getting international credits for such reductions. Such ‘Internationally Transferred Mitigation Outcomes’ under the Paris Climate Agreement would allow Canada to claim some of the GHG reductions that result in other countries through the export of Canadian LNG - and help our industries maintain some of that competitive edge so that they can keep creating jobs and generating tax revenues for Canada.