In this free downloadable report, Resource Works looks at how Taiwan is dealing with pressures to curtail its greenhouse gas emissions. LNG is shaping up as a vital part of the solution.

In its role to understand Canada's complex relationships with natural resources, Resource Works is looking at how its trading partner Taiwan is approaching its considerable climate change challenges. Researcher Margareta Dovgal returned from Taipei with this report, which can be downloaded at the link here. 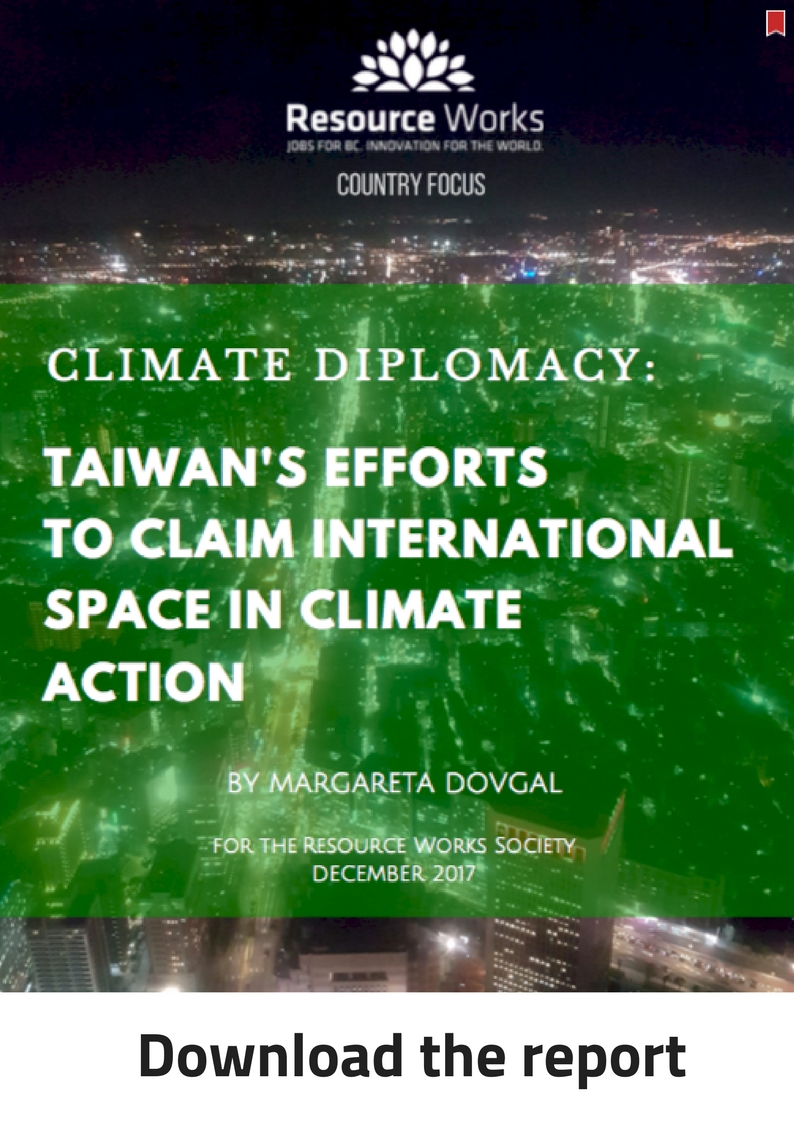 In the past two decades, action against climate change has become a defining aspect of assessing nations’ fulfilment of responsibilities to the global community. There is increasing pressure on economically developed countries to not only curtail increases in greenhouse gas (GHG) emissions, but to also participate in an international arena of climate action, manifested most prominently through the United Nations Framework Convention on Climate Change. Most countries have signed on, and a clear majority have ratified. In this respect, the Republic of China (Taiwan) is unique. Its status with the United Nations was removed in 1971, when the People’s Republic of China formally took its seat. Over the decades, under pressure from the PRC towards the international community, Taiwan has occupied an ambiguous position diplomatically. As a result, Taiwan only holds official diplomatic ties with 19 nations, and maintains relations unofficially with 57. Its capacity to participate in multilateral organizations is severely constrained, and the implications of the cross-strait tension are felt in Taiwan’s participation in global climate action initiatives too.

Taiwan’s efforts to embrace international climate action commitments, demonstrated by implementing changes to energy and sustainability policy domestically show that Taiwan’s climate action and its difficulties in diplomatic relations are fundamentally linked. Undertaking initiatives to demonstrate leadership on environmental issues is limited by difficulties in forming the necessary multilateral relationships, thus limiting the country’s ability to have a voice internationally and to participate in full-fledged innovation exchange. These in turn drive the government to pursue an outward facing climate policy, characterized by climate diplomacy.