Canada's oil sands are often maligned because they have a carbon footprint, but we often overlook just how small that footprint is.

The United States, for example, relies heavily on coal for its electricity. Even though it has been lowering national emissions in recent years by replacing some of that coal with clean gas, American coal combustion is still immense.

For 583 coal-burning generation plants tracked by the Environmental Protection Agency in 2017, the CO2 emissions produced amounted to 1,300 megatonnes, which is nearly double the CO2 impact of Canada in its entirety – heating, industry, transportation, the whole whack.

And if you isolate just four of those American coal plants, their production of CO2 is equal to the entire Canadian oil sands. That's a perspective you don't hear from oil-sands trashing Hollywood celebrities and even, believe it or not, some Canadian politicians who have not researched the context of their positions opposing Canadian energy. 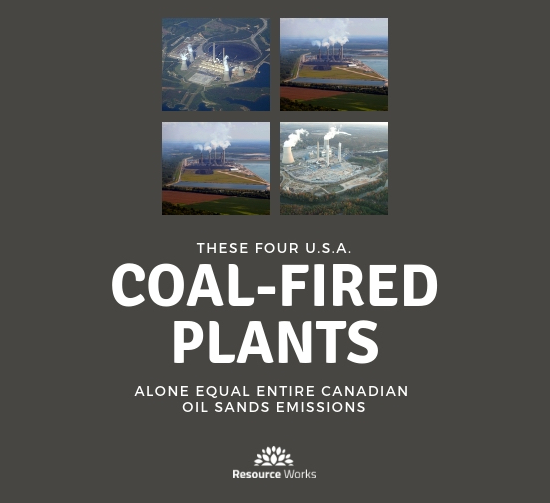 In fact, the climate impact of the oil sands is so small it adds up to just 5 per cent of the American coal-fired generation fleet as it existed in 2017. The oil sands would have to be 20 times larger in order to produce the emissions of U.S. coal plants.