In an internal announcement on September 11, Anglo American PLC acknowledged it was facing a “much longer period of lower [coal] prices than previously envisaged,” and had taken the step to place its Peace River Coal mine into care and maintenance.

The decision means job loss for some 360 mine workers and likely twice that many people in the northeast corner of the province whose businesses service and supply northeast B.C.’s coal sector.

For Tumbler Ridge, population 2,700, the unemployment hit is significant and comes on the heels of Walter Energy’s decision to idle its Willow Creek, Wolverine and Brule coal mines during the past year.

The cause for shutdowns is being pegged to global market forces.

Teck Resources, B.C.’s largest mining company, acknowledged in its latest filings that coal prices are at their lowest levels since 2007.

The company operates five mines in the southeast corner of the province that support thousands of jobs and owns a portion of North Vancouver’s Neptune Terminals where a sizeable chunk of its coal production is exported to global markets.

Neptune, if you’re not already aware, is one of the largest multi-product bulk terminals on the continent and supports many high-paying jobs in Metro Vancouver.

The industry slowdown will have an impact on the province that stretches from the Kootenay- and Peace-region mines to the rail lines that stretch to Vancouver and Prince Rupert.

In 2013, the value of B.C.’s coal exports totalled $4.8 billion – that’s a billion dollars more than the value of all combined metallic and mineral products exported from B.C. the same year.

In fact, the only commodity to eclipse the value of coal exports in 2013 was lumber, which totalled $5.3 billion in export value last year thanks to an uptick in the forestry sector.

The slowdown could also have impacts for coal terminal expansions such as the $15 million Direct Coal Transfer project at the Fraser docks in Surrey.

Ridley, which the federal government owns, was built in the 1980s for $250 million to export coal produced in northeast B.C.

In 2012, the federal government announced plans to sell Ridley to private operators.

Media reports at the time estimated the value of the terminal in excess of $1 billion.

The province’s major projects inventory describes 13 proposed coal projects in the region, with a total investment value in excess of $4.5 billion.

For now, the impacts of the slowdown will be most acutely felt in Tumbler Ridge, but make no mistake that B.C.’s coal industry supports jobs and revenue that are valued in every corner of this province. 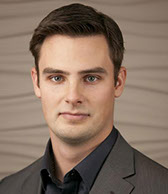