This New Yorker cartoon is making the rounds in social media as the United States prepares to become an oil-and-gas exporting nation and Canada gets ready, it sometimes seems, to depart from its resource-trade home base for parts unknown. 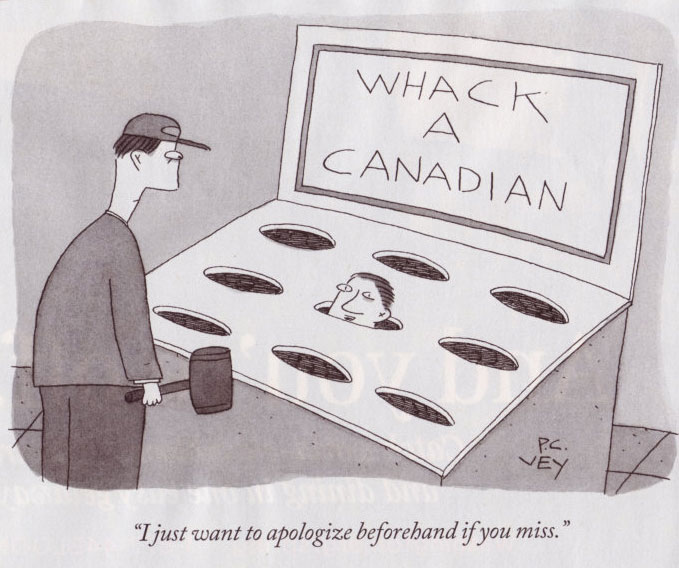 Meanwhile, British Columbia government officials are on what that Globe and Mail calls a domestic trade mission to Ottawa to make the case for being able to export resource commodities.

That's an important job, though it might come across as strange that a province within confederation needs to sell the federal government on the need to engage in foreign trade. The manufacturing sector is being hit hard, with Quebec's Bombardier reduced to a penny stock because of poor marketing decisions. The news that Shell will postpone a decision on its LNG Canada project in Kitimat only underscores the need to keep diversifying the resource economy.

More than ever, we must rely on our resource base to get us through tough times, and then ensure that our best and brightest minds are attracted into a field that has helped spawn global high-tech resource superstars like BC's own MDA Corp. and, more recently, an exciting little spinoff called Urthecast based in downtown Vancouver.

I recently calculated that shelving Canada’s oil and gas industry would be like switching off the entire Czech Republic or Vietnam economy - it’s that big.

With the United States cheerfully muscling into the hydrocarbon export trade, and the U.K. also expanding its, only Canadians continue to give themselves a drubbing for engaging responsibly in the same trade.

Many must be asking themselves why Canadians are willing to pursue policies that will inevitably reduce growth leading to job losses and a gradual decline in living standards, equality and health. Around the world, 2,400 coal plants are being built because, despite a post-fossil-fuel hype machine that is in permanent overdrive, the world has still not found a way to bridge off its dominant source of energy. We do need to build solar, wind, hydro, nuclear and other alternatives – and we also have to realize that nations in energy poverty will continue to seek solutions that include fossil fuels.

The blunt reality of Canada’s situation was sharply identified this week by a warhorse of federal Liberalism, Vancouver’s Gordon Gibson. With grand ideas for economic transformation “nibbled to death by ducks” in the recent past, he writes in the Globe and Mail that it is time to acknowledge that Canada is a resource economy:

“[M]oney does not come from banks. Food does not come from supermarkets. Pensions are not some magic kingdom benevolence and health care is not a doctors' charity. It all has to start from something real, and “something real” involves making and selling goods and services that others want. Our competitive edge is resources. That defines our choice.”

The National Energy Board pointed out last week that Canadian renewable electricity production will account for just 16 per cent of needs by 2040. In no plausible scenario are fossil fuels going away, says the NEB’s Energy Future 2016 report.

This dry quantitative assessment is in sharp contrast with frothy and feel-good “fossil-free by 2050” goals we hear from those who are under pressure from a variety of directions, especially at the municipal level.

The apparent confusion can only feed the whack-a-mole problem. We have a broken decision-making process that needs fixing.

One piece of the puzzle may lie in work by independent researcher Vivian Krause showing that between 2010 and 2014, the top 15 eco-activist organizations operating in Canada received $367 million in funding, much of it from American foundations. These dollars allowed those lobbyists to employ nearly 700 people to pursue fundraising, lobbying and publicity campaigns.

More than 100 groups the size of Resource Works would be needed to match today’s political activists who advocate against resource prosperity. (Did I mention we at Resource Works are in favour of a responsibly managed resource economy?)

Even with my energetic little team, aided by volunteers, it feels as if there is almost nothing standing in the way of the average Canadian and the collapse of their way of life.

A very important distinction must be drawn between the anti-resource crusaders and conservation groups whose main mission is to do good work protecting and enhancing our natural assets. I am no critic of conservationism. Such work never gets enough dollars and needs all the encouragement it can get. I had the privilege of spending two terms on the board of the Nature Trust of British Columbia where we raised money and made decisions about land conservancy and biodiversity enhancement. Political lobbying was not on the agenda.

The Nature Trust was founded by Prime Minister Pierre Elliott Trudeau in the early 1970s with an ambitious vision for the 21st century. Interesting, that was also a time when environmental and socio-economics values were clashing like never before, especially on Canada's west coast. The vision that the elder Trudeau crystallized at that time was one that remains relevant today. 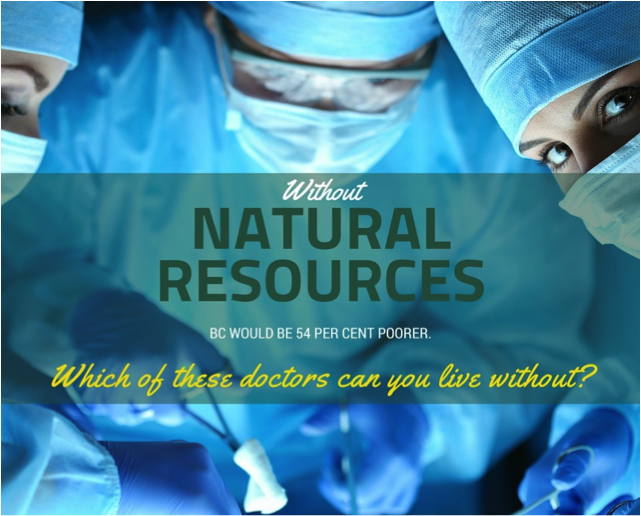 Coming back to Gibson: “We have become a ‘cannot do’ country. Will any politician step beyond the utterly safe grounds of greenery and high tech? Like it or not, our edge is resources and will be so for another generation. Just a fact.”

There is quite literally nothing that can be done to satisfy the demands of some of these political activists – the goalposts are constantly in motion. Activists until recently complained about Stephen Harper’s “muzzled” federal scientists; now that the same scientists are “unmuzzled”, you’d expect their findings to be eagerly embraced. Not so: science-based findings that are inconvenient for the anti-resource lobby are simply ignored.

According to a recent paper from the Trudeau Foundation, “it is plausible that the emotional and passionate character of political protest will feature more prominently than rational aspects.” Uh-huh.

Fortunately, there are bright signs among the gloom. A recommendation by UBC's finance committee to reject the "divestment" movement's proposition (that university overseers sell off energy holdings to make a political statement) suggests there is recognition that innovation can and must be driven by large, established companies. For academia to stigmatize the very source of solutions that are helping us adapt and conserve would be a negative signal to those who care about both the environment and the economy.

So here is a timely message for the middle-of-the-road, CBC lovin’, Timmy swillin’ Canadian: We don’t have to choose between the environment and the economy. Canada can have – does have – both.

Maybe it is time for more Canadians to endorse the idea of domestic trade missions to Ottawa, to remind our elected leaders that national security and prosperity are on the line if we retreat from our resource base.