In an alt-energy world, how do you turn on the power when the sun isn't shining and the wind isn't blowing? 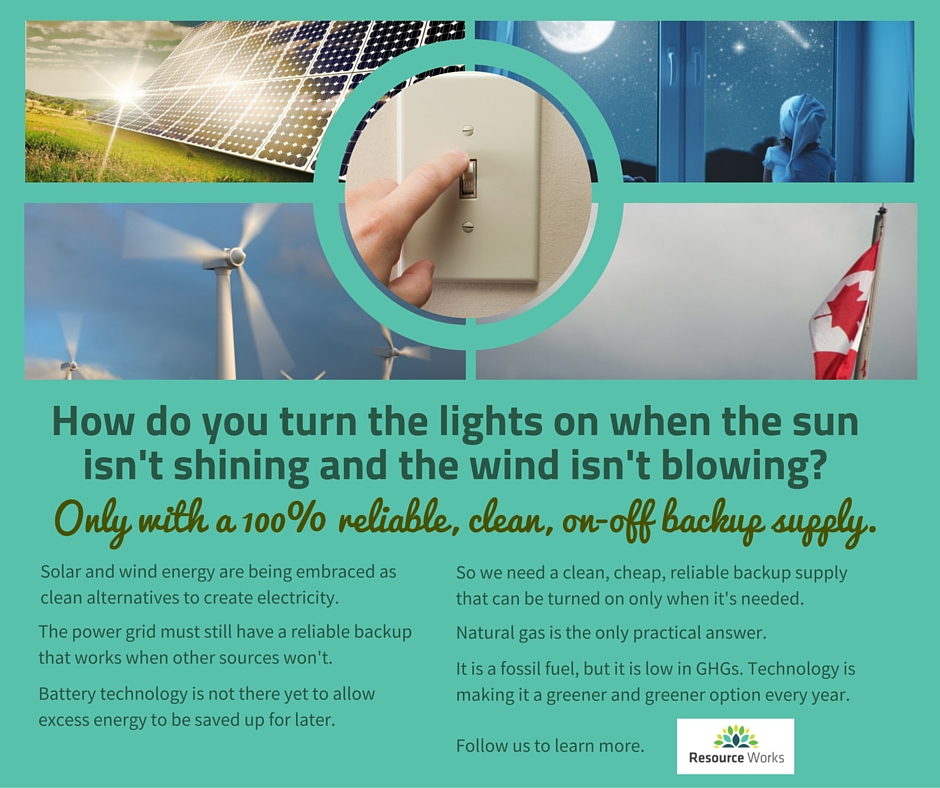 As Alberta proceeds with its plan to decommission coal-fired electricity, it is going to be looking at additional capacity from sources like solar and wind energy.

Both those supplies are promising, particularly to when it comes to greening the one-fifth of our energy needs that come from electricity.

One thing solar and wind technology do not currently allow is the storage of excess power for times when the wind is not blowing or the sun is not shining. The power grid won't work without a reliable base load power source such as hydro, nuclear or coal that is always there to supply the minimum level of demand.

Increasingly, natural gas generation is the solution of choice. It can be switched on and off, an attribute shared with hydro. It is not zero emissions like hydro, but it is far lower than coal and does not pose the environmental risks of nuclear.

In the United States, the trend is toward replacing coal with natural gas. Thus, natural gas has earned a green reputation in that jurisdiction.

That is why it is so puzzling that in Canada, there is a faction of the green lobby that is doing everything it can to denigrate natural gas and LNG as desirable alternatives.

The more we develop solar and wind, the more we are going to need natural gas. This part of the energy transition that educators, governments and industry should be talking about more.