What does it take to drive a modern economy?

One remarkable quality of British Columbia's natural resource economy is that it does its work quietly, yet in plain view. 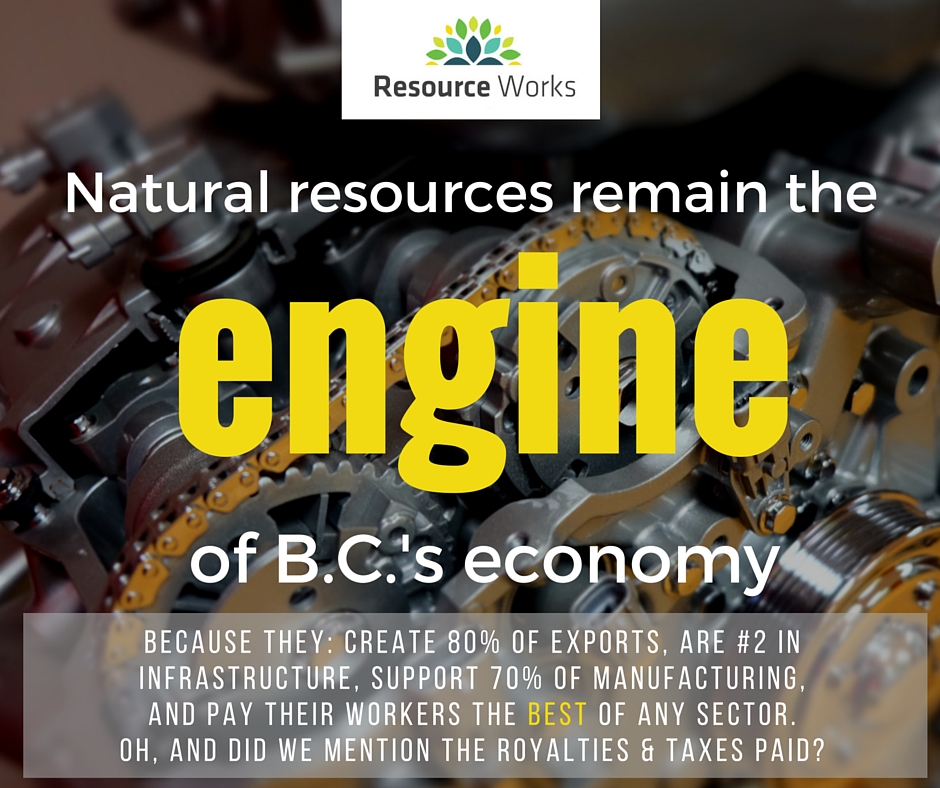 For those in the know about the powerful economic impact of forestry, mining, the large natural gas industry, and other endeavours like aquaculture, it can be a source of puzzlement that others don't always quickly see the significance of this work.

Set aside the basic fact that as material consumers, living in a material world, we humans will always have basic requirements that must be satisfied by growing things or digging them up, and someone must do this work. At a more complex level, there seems to be a prevailing assumption that history is taking us in a direction away from the dull toil of resource production, and inexorably toward some post-modern, glamorous world wrought by high technology and computers.

The merits of this nirvana state can be debated, but one thing has to be said: We are definitely not there yet.

And British Columbians should count themselves fortunate because the resource economy is still very important to the economy, doing jobs that other activities present in the local economy do not do:

It's important to be informed about these facts. The concept that BC is headed for a post-resource status seems to exert a strong pull even on sensible minds on the west coast. It's left to people genuinely concerned about current risks to prosperity to do their part by speaking up and sharing correct information whenever they get a chance. Resource Works is striving to be a source of such material, and over the remainder of 2016 we'll be continuing our research and communication efforts.