Does BC subsidize the natural gas industry? As BC reviews its natural gas royalty system, Josiah Haynes debunks the second of the top five myths in this series about the gas that could fuel the world. 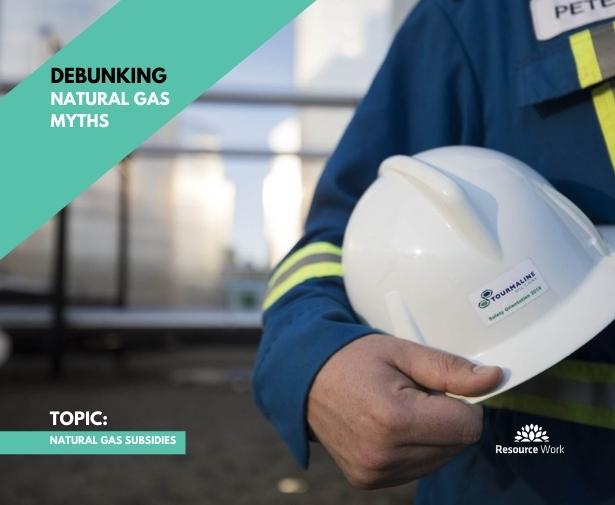 In December, Resource Works published the first episode in this five-part series on natural gas myths in BC as the province reviews its system of natural gas royalties from fuel produced in the province.

Changes could have a dramatic impact on BC and Canada as a whole. Some see it as a chance to wipe out the industry. Others see one of the greatest tools for reducing poverty in Indigenous communities, rebuilding our health system, and even playing a part as a global climate solution.

To hear it from environmental groups, you would assume that other industries create real value for BC residents while natural gas producers are milking the cash cow of government handouts.

One pressure group wrote a report saying the federal government provides the natural gas industry with $18 billion worth of subsidies. Meanwhile, Stand.earth says: “In 2019/20, provincial fossil fuel subsidies were four times higher than the revenue from oil and gas royalties. Coming to just under $1 billion, which represents a 79% increase since the NDP took office.”

But, to many casual observers, something about those numbers may sound off.

Reality: Most of the ‘subsidies’ activists identify are temporary tax deductions soon paid back.

There are two main kinds of subsidies: consumption and production subsidies. According to the Montreal Economic Institute (MEI), Canada doesn’t have consumption subsidies for fossil fuels. Anyone filling up at the pump already knows the government isn’t exactly trying to encourage them to buy gas. Even before Canada introduced its carbon price, taxes represented around 31% of the price paid at the gas station.

As for production subsidies to the fossil fuel industry, the MEI writes that many of the programs pressure groups call ‘subsidies’ are actually “just a particular tax treatment that is common to the natural resources sector as a whole, which is faced with a specific economic reality.”

Industries like mining and energy require massive amounts of start-up capital, not just for exploring resources but also for construction costs. Sometimes years go by between that initial investment and the profits that follow. So, as MEI writes:

“Certain government programs allow companies that develop natural resources to reduce the taxes they have to pay in the short term and defer them until later in the production cycle. But to call this a subsidy is to be disingenuous. This is just a common-sense measure whose purpose is to ensure the neutrality of the tax system between different industries.”

Similarly, in BC, one of those “subsidies” for natural gas is the Deep-Wells Royalty Program. Most of BC’s natural gas is deep underground, up to twice as deep as the average gas well in the US. Wells as deep as some of BC’s can cost up to $5 million to drill, meaning that unless government can help level the playing field, natural gas producers might pack up and head south, where BC would lose out on all potential royalties and investment.

Nearly all the supports received by the natural gas industry in BC are indirect and count against potential revenues to government that would only exist if those revenues existed in the first place, which in turn requires the deep-well credits.

While marginally reducing royalties payable to the BC government in the short term, the Deep-Well program is designed to generate billions in long-term investment. Without the credit, that investment would not occur, and no royalties would be paid at all. That would be bad news for everyone who benefits from the services the BC government bankrolls, like healthcare, education, social programs, and roads and transit systems.

To be fair, some subsidies do exist beyond these what are basically tax deferrals. One new support from the federal government, worth $1.7 billion, is for environmental clean-ups of “orphaned and inactive wells.” Not counting that subsidy, which is not intended to increase production nor help the industry grow, the Canadian Energy Centre shows that between 2010-2016, all subsidies to the Canadian oil and gas sector, including federal, provincial, and local subsidies, came to $1.9 billion. That sounds like a lot, and arguably it’s too much, but it’s critical to compare that number with the $131.8 billion Canadian governments spent on other industries. When all is said and done, oil and gas represented only 1.4% of all subsidies to Canadian enterprises, well below urban transit and film subsidies. 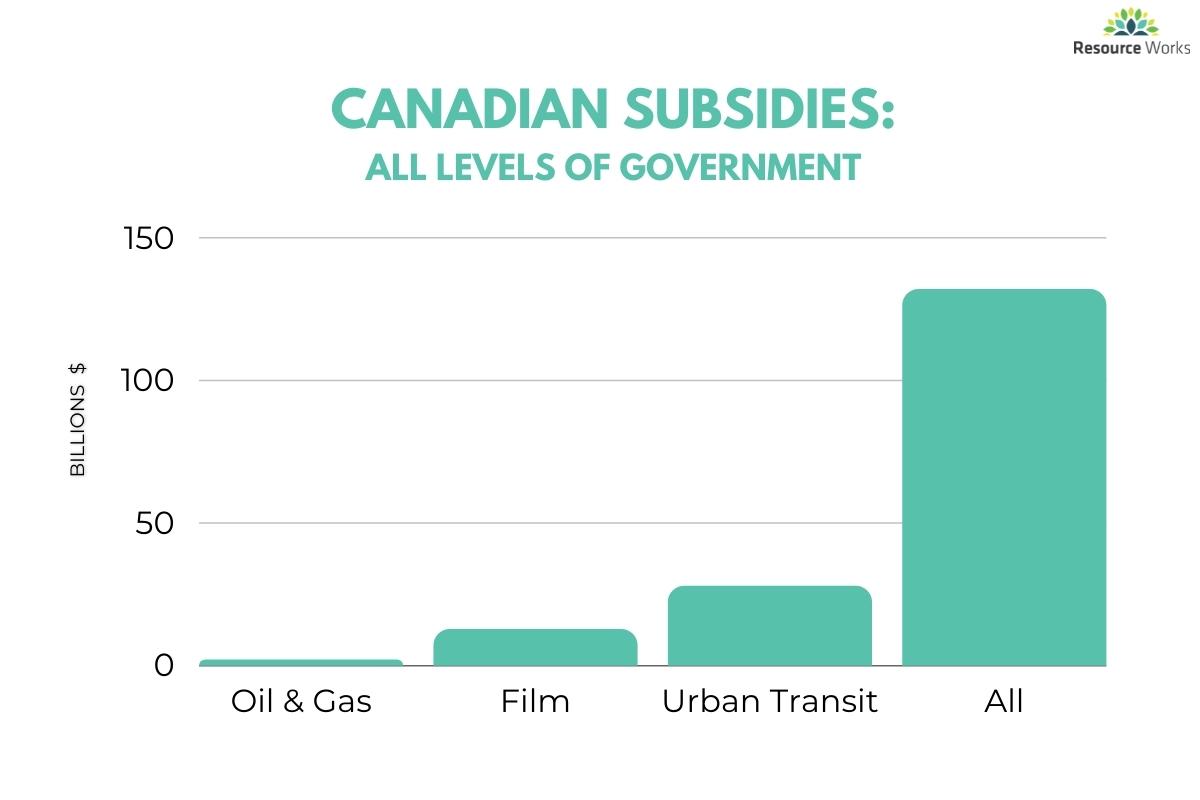 Source data from the Canadian Energy Centre and Statistics Canada.

Regardless of the small number of subsidies that energy receives, like other industries, oil and gas contribute a mind-boggling sum paid each year in taxes: to the tune of $26 billion annually, according to MEI.

Meanwhile, the Canadian Energy Centre data shows that Canada’s energy sector’s direct contributions to federal and provincial revenues between 2000-2018 were at least $359 billion. That’s roads, hospitals, schools, public transportation, social programs, and more – made possible by one of the largest national taxpayers. In fact, that $359 billion is $36 billion more than the $322.9 billion in total federal program expenses in 2018-2019 and nearly the same amount as the $366.2 billion in Employment Insurance benefits paid out between 1996 and 2019 in total.

Far from being a drain on the economy, Canadian energy keeps it afloat. It also makes our enviable quality of life possible, from incomes to public investment.

Josiah Haynes is Resource Works’ communications and research coordinator, a writer for Green Growth BC, and a passionate advocate of the power of resources to reduce poverty in Canada’s remote communities.