A trio of city policies amounts to a de facto ban on natural gas in pursuit of a "100% renewable energy" target. Moreover, the ban is based on insufficient renewable natural gas and could blunt more effective work to reduce greenhouse gas emissions.

Sept. 19, 2017 – Today Resource Works, with support from the BC Restaurant and Food Services Association, released a study evaluating the City of Vancouver’s prescriptive energy plan and raising concerns about the energy cost implications for residents, civic institutions and businesses.

The study is entitled "Evaluating Energy in the City of Vancouver’s Greenest City Initiative: The “De Facto” Ban on Natural Gas."

It finds that, taken together, the Renewable City Strategy, the Zero Emissions Building Plan and the Green Buildings Policy for Rezonings (including the Bylaw) do mean a de facto ban on natural gas in pursuit of the City’s 100% renewable energy target by 2050.

Insufficient renewable natural gas is expected to be available to replace conventionally produced natural gas in the time frame under discussion. The study also raises concerns that the focus on the renewable energy target could blunt the greenhouse gas reduction benefit by disregarding other non-emitting energy sources and stifling new technology deployment.

The City’s strategy raises a number of questions that have yet to be adequately answered. Higher costs for households, civic institutions like hospitals and community centres, and businesses of all sizes seem inevitable and could result in declining affordability and competitiveness.

The author finds that there is a “de facto” ban on natural gas being imposed under the City of Vancouver’s Greenest City Initiative. Insufficient renewable natural gas is expected to be available to replace conventional natural gas in the time frame under discussion. The City’s strategy and renewable energy target raise a number of questions that have yet to be adequately answered. Higher costs for residents, businesses, and institutions seem inevitable and could simply result in some activities being relocated to other jurisdictions. 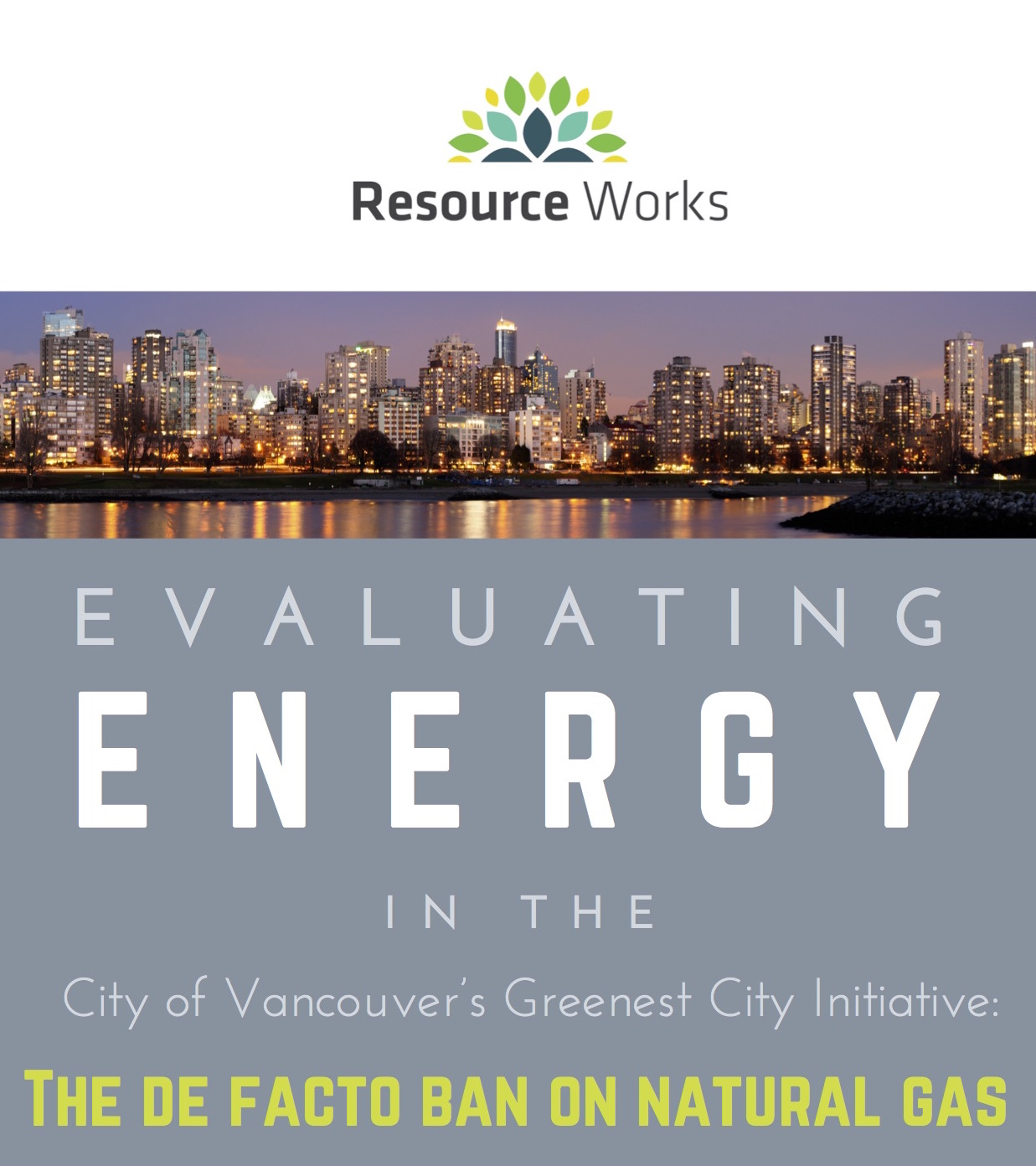