“There’s not a country in the world that would find 170 billion barrels of oil under the ground and leave them there.”—Justin Trudeau, 2012.

But then came the federal election of 2015, and Trudeau’s Liberals began to speak of introducing a “more robust” review-and-approvals process for pipelines.

Now his government has indeed changed the game, adding to the process examination of the “upstream” environmental impact of the extraction and processing of the oil and/or natural gas in question.

And adding yet-to-be-specified processes of consultation and accommodation with First Nations, and “ways for Canadians to express their views and opportunities for experts to meaningfully participate.”

What this appears to mean in practice: more delays and more red tape. 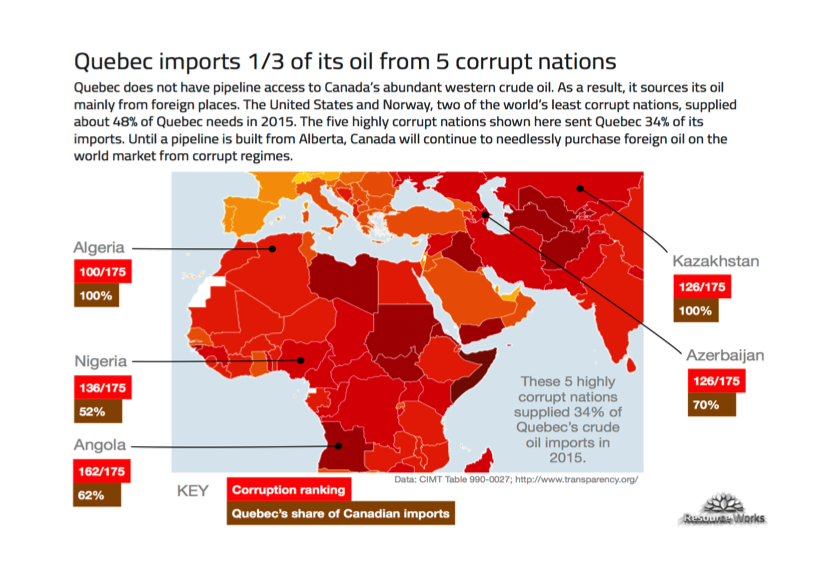 Meanwhile, our nearest competitor in the oil and gas business, the U.S., is moving much faster to produce more oil and gas, and to approve exports and export terminals. And Australia is already shipping LNG.

No wonder broadcaster Rex Murphy said in a column: “We’ve come to a strange point in this country, when industry and employment have to fight so hard to breathe, when instead of saying prayers of gratitude for the immense gift of our natural resources, we apologize for their existence and build a thicket of review and regulation to appease all those who are ideologically and temperamentally opposed to their exploitation.”

Meanwhile, fossil fuels and markets for them are not going to go away, not for decades. The Asian Development Bank predicts that Asia-Pacific nations will increase their energy demand by 67% by 2035, and that diesel and gasoline will remain essential fuels.

The International Energy Agency adds: “By 2040, China's net oil imports are nearly five times those of the United States, while India's easily exceed those of the European Union.”

If we're not going to sell our oil to those markets, others will sell theirs especially countries that are currently behind us in regulating fossil-fuel production and greenhouse gas emissions.

Or are we going to take so long to decide and to regulate and to wrap in red tape that we lose the markets to others? And thus leave many of those 170 billion barrels of oil under the ground anyway?

In the end, we’re with David McLaughlin, former CEO of the National Round Table on the Environment and the Economy.

McLaughlin’s comment: “‘Why should I sell your wheat?’ asked an earlier Mr. Trudeau to much offence in Western Canada. “‘Why I want to sell your oil,’ should be offered by today’s Mr. Trudeau to a beleaguered Alberta and fractious country to set everyone straight.”