As the global mining industry struggles to break through all kinds of limitations, disruptive innovation strategies are suddenly in vogue. 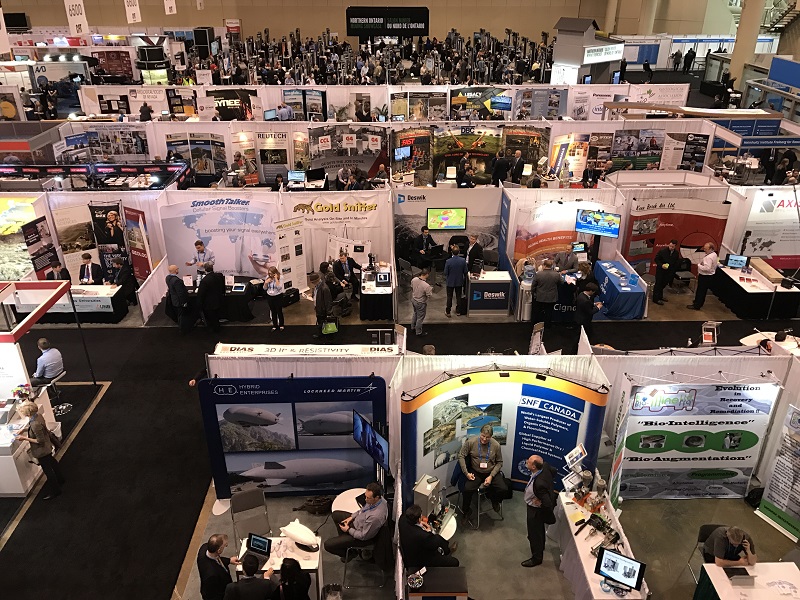 Resource Works was on hand at this week's Prospectors and Developers Association of Canada annual conference in Toronto. Known simply as PDAC, the event is the world's largest mining gathering with 24,000 attendees flooding into the city this year.

After years of mediocre commodity prices, miners were looking a shot in the arm and it appears they found it in Toronto. "Optimism returns at mining industry’s annual PDAC convention: ‘Everybody’s more upbeat’" read the headline on one story attempting to describe the mood.

If the long hoped-for upswing was the dominant theme, a secondary storyline permeated PDAC: innovation. The two themes are doubtless linked since the lean times have spurred the search for better, cheaper ways to do just about everything. As the United Nations of mining, PDAC was the ideal place to survey trends in innovation at their starting point.

And it was not merely innovation that drove the agenda whether in geophysics, production, environment or finance. The keyword "disruptive" has been added, suggesting that mere innovation is not enough. The talk was of hackathons, the Uberization of mining, and a Dragon's Den inspired program by Goldcorp called Disrupt Mining.

Resource Works has been following this trend with interest. Our tagline "Innovation for the World" has particular resonance when it comes to breakthroughs in resources. Evidence of continuous improvement continues to be one of the most important factors when it comes to winning public support for resource development. This is the only path to escape some of the powerful stereotypes about resource activities that continue to form popular perceptions and inhibit responsible resource development that is essential for human health and prosperity.

During PDAC, a Resource Works documentary team filmed more than 15 interviews with thought leaders in disruptive innovation. We spoke with scientists, research organizations heads, financiers, government change-makers and others for an upcoming release that will examine how disruptive innovation is understood.

One thread running through the PDAC interviews was the degree to which Canada is a thought and practice leader in mining innovation. As Natural Resources Minister Jim Carr pointed out during opening remarks to the conference, the mining industry is "an engine for social and economic development" and more than 560,000 Canadians depend upon it for their employment. While mining commodity exports are a pillar of national prosperity, our capacity to seed Canadian-made innovation around the world is growing. This is further evidence that mining and other resource industries are at the heart of the Canadian knowledge economy, representing a historically significant extension of traditional strengths.

The documentary will be shared next month when executive director Stewart Muir travels to New Delhi where he'll outline the state of disruptive innovation in his speech to the Global Natural Resources Conclave.

Watch the newsletter for further details.