Can British Columbia afford to share its natural gas?

Here is a question that’s been coming up in discussions around the province's up-and-coming LNG industry: Does it have enough to justify exporting some of it to foreign markets? Absolutely

This is apparently a concern among some people who fear that we may be selling gas to make a buck today instead of saving it for our own needs tomorrow. Luckily, this is a question we can examine using some clear numbers. Just how much gas does BC have, and how much do we use? 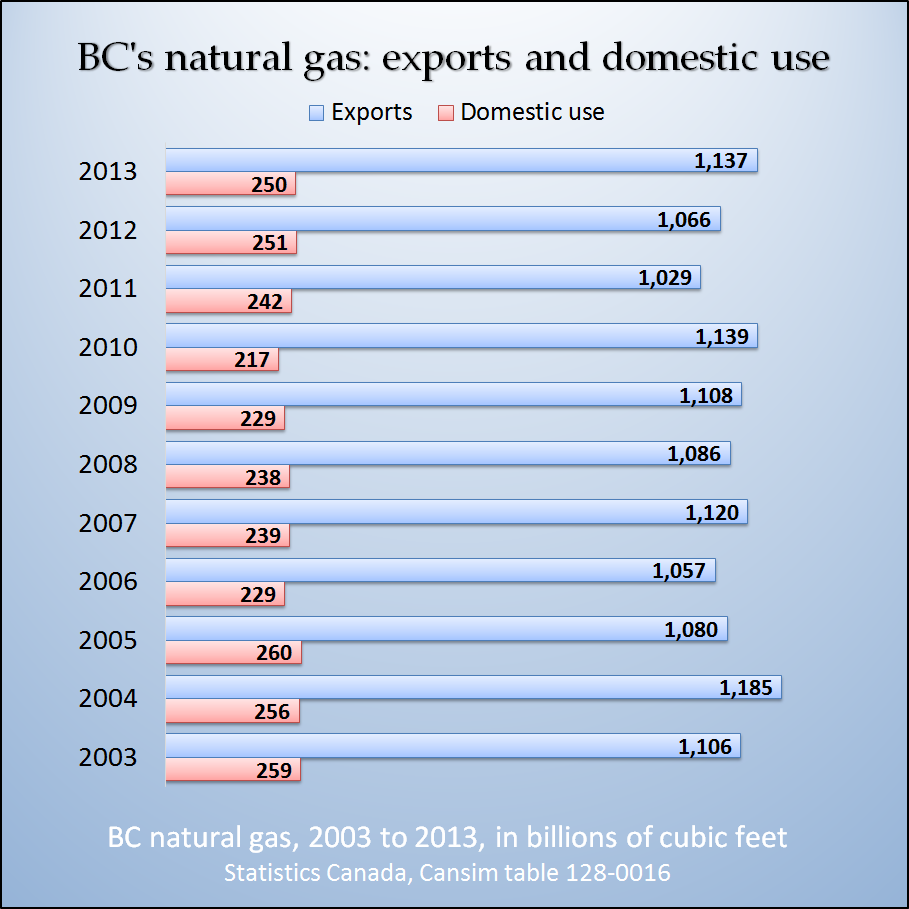 We’ve certainly been behaving as though we have gas to spare. As you can see, British Columbians export about five times more natural gas than they use domestically. And as the LNG industry takes off, we would expect the amount of exported natural gas to climb significantly. So how does this compare to the amount of gas we have in the province? 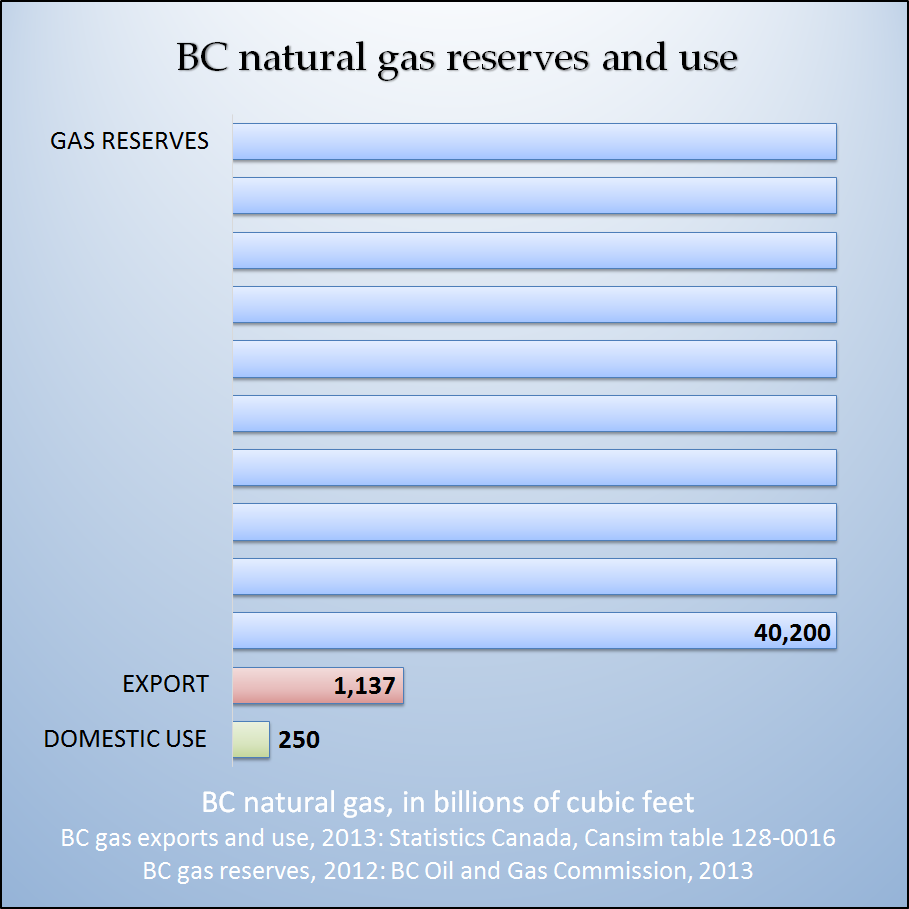 As you can see here, BC’s total natural gas reserves far exceed the amount of gas exported and the amount of gas used in a single year. You’ll notice that in the chart above, I had to cut BC’s gas reserves into 10 chunks. If I hadn’t, the bar describing BC’s domestic use wouldn’t even be visible. It works out that BC has enough gas to supply us for 160 years at our 2013 consumption level.

… that we know of

These figures will change over time, of course, but perhaps not in the way many people expect. For instance, one might think that BC’s reserves of natural gas would decline over time as we drill it out of the ground. But that’s actually not the case. BC’s total gas reserves were 33.1 trillion cubic feet in 2010, 34.6 the year after that and 40.2 the year after that. So where did the extra seven trillion cubic feet of natural gas come from in the span of two years?

There are two main reasons the reserves keep growing: First, exploration activities keep uncovering more of the stuff, and secondly, new technology allows us to access new deposits. So when we say that BC has enough gas to last 160 years, that’s just counting the gas we know of. It’s likely that we actually have a great deal more.

So while people might debate over how much gas is “enough”, the numbers suggest that BC has plenty of natural gas to spare. At least on the supply side, there’s a good case to be made for a healthy natural-gas export industry in BC.

(Quick note on conversions: The original Statistics Canada data describe different kinds of fuels according to their energy equivalent, which is completely appropriate for making such comparisons. Seeing as I am only concerned with natural gas here, I have converted the data to a more standard volume measure using a simple conversion where one terajoule’s worth of natural gas describes 1.055 million cubic feet.)