Climate statistics from California show that the long-awaited new pipeline will usher in an era of cleaner choices for the populous state. Skeptical? Stewart Muir assesses the big picture. 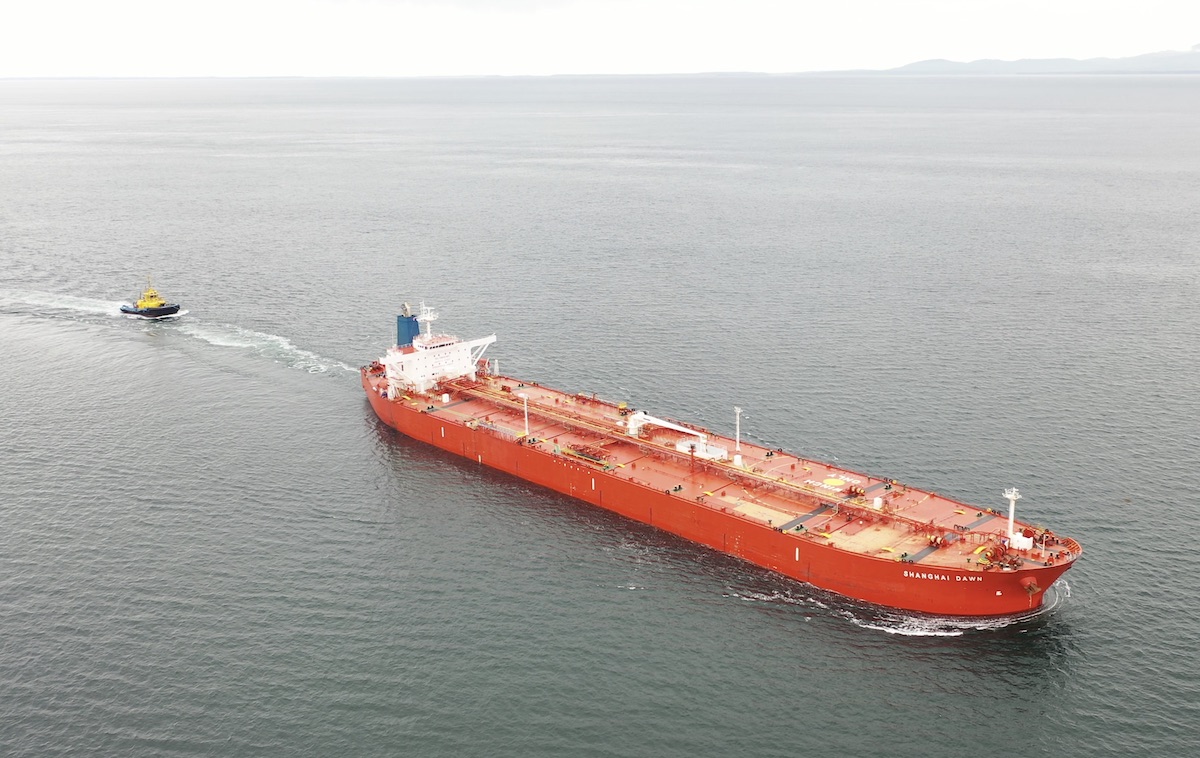 What the statistics tell us

Every day, a flotilla of tankers from Alaska carries crude oil to California refineries without attracting much attention. Mention the Canadian oil sands carrying one ship a day from the west coast to a foreign port, however, and watch heads explode.

Yet the fact is that the Alaskan crude oil imported to California generates 170% more carbon dioxide emissions than its Canadian counterpart. And while some climate thinkers have argued that Saudi Arabian oil should be preferred over crude from Canada, the surprising news is that, for California at least, there is little difference between the two.

According to data in an article by Quartz, by the time Middle East dictator oil gets into the fuel tank of a truck carrying organic veggies to Malibu's lifestyle gurus, it is virtually identical in its climate profile to Canadian blends.

Canadian oil sands crude is also cleaner than its counterparts from Venezuela, Iran, Iraq, Texas, Russia, Kuwait and North Dakota.  (The caveat is that there are many oil blends, offering a range of emissions intensities, with individual examples of higher and lower emissions crudes from every country.)

Surprised? These statements are all based on authoritative figures from the California Air Resources Board, in the chart below. (For a full list of emissions intensities check out this PDF consisting of the CARB 2019 annual crude oil emissions intensity report.)

Thanks to a decade-long campaign to lower the esteem in which Canadian oil is held, most people if asked would probably name the oil sands as being much higher in emissions than it actually is. The distinction of being the most emissions intensive belongs to Veneuzuelan oil at 245% the emissions of Canadian oil as listed in the comparison chart here. (Due to its economic collapse, at the moment Venezuela is not exporting any oil.)

The discrepancy is due to two factors. First, as Canada prepared in recent years to become an entrant to the global oil trade, it has been busy innovating, to the point where major blends are equal to what the U.S. produces – even though you will never hear this from American trade protectionists. Canada's oil sands are unique because they are subject to continuous reservoir improvement in a way that conventional oil reservoirs are not. It's like the difference between hunting and farming, and in this comparison the Canadians are down on the farm quietly improving their processes.

As a result of this, and some other factors, Canadian oil producers are among the most progressive on the planet. Whether it is meeting 2030 climate targets, or achieving loftier mid-century goals including the 1.5 degree Celsius goal, oil sands producers are making the adjustments required to stay competitive.

Californians, alarmed by visible signs of climate change like wildfires, have been working hard to lower the emissions intensity of transportation fuels. They're leading with smart measures like a market-based incentive to encourage direct air capture (DAC) of emissions. To cut GHGs, they'll even go so far as to import tanker loads from Singapore of diesel made from fish oil, blending it in regular diesel so the result can be termed green.

In just over two years, the Trans Mountain Pipeline Expansion (TMX) will open, ushering in a new era of climate-fit Canuck oil from the west coast of Canada. It's true that the project is often talked about in terms of how it will help to diversify fuel choices on the far side of the Pacific, in countries like Korea and India, while enabling Canada to (finally) start getting full market value for its number one export commodity. That's certainly one aspect of the new pipe that will be used to load ships in Burnaby. That oil will also be making its way to California in greater volumes than it can now.

This leads to the second reason why some people have a dour view of Canadian oil.

The long-term supply, viability and clean trajectory of the Alberta oil sands is a threat to those who wish that the Golden State's 39 million residents could magically transform their energy system to zero emissions overnight.

It's not a coincidence that the negative publicity campaigns against TMX originated with California pressure groups and some of its wealthiest private foundations. Eventually, a considerable slice of Canadians even began to believe the anti oil sands, anti pipeline messaging too, which was the whole point.

By hobbling the oil sands, the TMX project itself, and Canada's otherwise creditable reputation for environmental progress, these campaigners thought they had found the answer to their wish. The theory was that by adding to the costs and timelines of developing Canadian resources, publicity and policy campaigns would lead to the shuttering of the oil sands and a speedier path off fossil fuels.

While considerable damage was certainly inflicted, it turns out that Canadians are considerably more resilient than must have been suspected. And here's the twist: because Canada's oil sands were under more scrutiny and pressure than probably any other source in the world over the past decade, the industry has innovated more quickly and effectively than elsewhere. Regulatory constraints driven by political demands have forced successful innovation beyond what is even thought about elsewhere.

So even though some Canadians do complain about the various campaigns to landlock the oil sands, what we're starting to see is the emergence of an unexpected trend that is the result of an embattled industry that has reshaped itself to be fitter and capable of long-term viability. This is new and different, and it's why the oil sands of 2020 are quite different than the oil sands of 2010. Unfortunately, there are still those who are stuck in 2010.

The greatest challenge of our time is not climate change, but rather disentangling human progress from the thing – hydrocarbon energy – that created today’s unprecedented human health and prosperity, and do this without causing revolutions. Amid much uncertainty, what’s very clear is that this won’t happen overnight. Nor will it be simple.

Heavy oil from Canada produces more gasoline than lighter oil, so it stands to reason that it would produce more emissions. Many billions have been invested in the United States to take long-term advantage of oil sands crude. Despite a regular drip feed of "the end of oil is nigh" messaging, it's hard to deny that humanity will continue to rely on oil & gas products for a long time to come. In the U.S. Pacific region, the Energy Information Administration predicts that more motor gasoline will be used in 2050 than 2019. Not a lot more, but more. With both California and Alaskan sources running dry it must come from somewhere else. Sure, California could get its medium and heavy oil from a restabilized Venezuela, but should it? Sourcing from a close ally that has some of the most stringent environmental and climate rules in the world, as well as a system of carbon pricing, makes a lot of sense.

For those comparing aspirations to observable conditions and seeing a large gap, it's increasingly evident that the true challenge for this generation is not to "get off fossil fuels" but rather to ensure that we are doing everything possible to mitigate and neutralize the negative impacts of their use, while also building a diversified energy system that is as efficient and clean as we can make it. These discussions can become doctrinaire and polarized, which doesn't help getting to solutions.

While the rapid uptake of state-level commitments to mid-century net zero remains largely conceptual, it's already clear what direction the world is moving in. Over time, carbon capture technology and small nuclear power reactors will allow the oil sands to be further decarbonized. It may be that the thousands of smaller tweaks in oil sands processes add up to an even greater impact. Quite apart from how technology is applied, we also require a shift in thinking that acknowledges the power of human agency to transform our material world to meet the demands of the species. Fortunately, due to a combination of political and social pressures, some oil-producing jurisdictions have been quicker to innovate than others. As the region under the greatest such pressures, Canada has proved to also be the most intensive innovator. This remains a largely untold story, one that is often muffled by other layers of the energy narrative, yet the facts are starting to emerge.

Today, the opposition to TMX in Canada and B.C. has fallen off, even turned into support, as most residents wake up to the realities of serving complex energy needs while also pursuing innovation relentlessly. A significant challenge in the immediate near term will be for Canadian oil sands producers to ensure that this innovation is known and acknowledged. I realize that not everyone will agree with this analysis, but based on my decades of observing the trends at work I believe it to be valid. Over the remainder of 2020, I'll be working to expand knowledge of these developments, and engage in debate about how to meet emerging challenges. 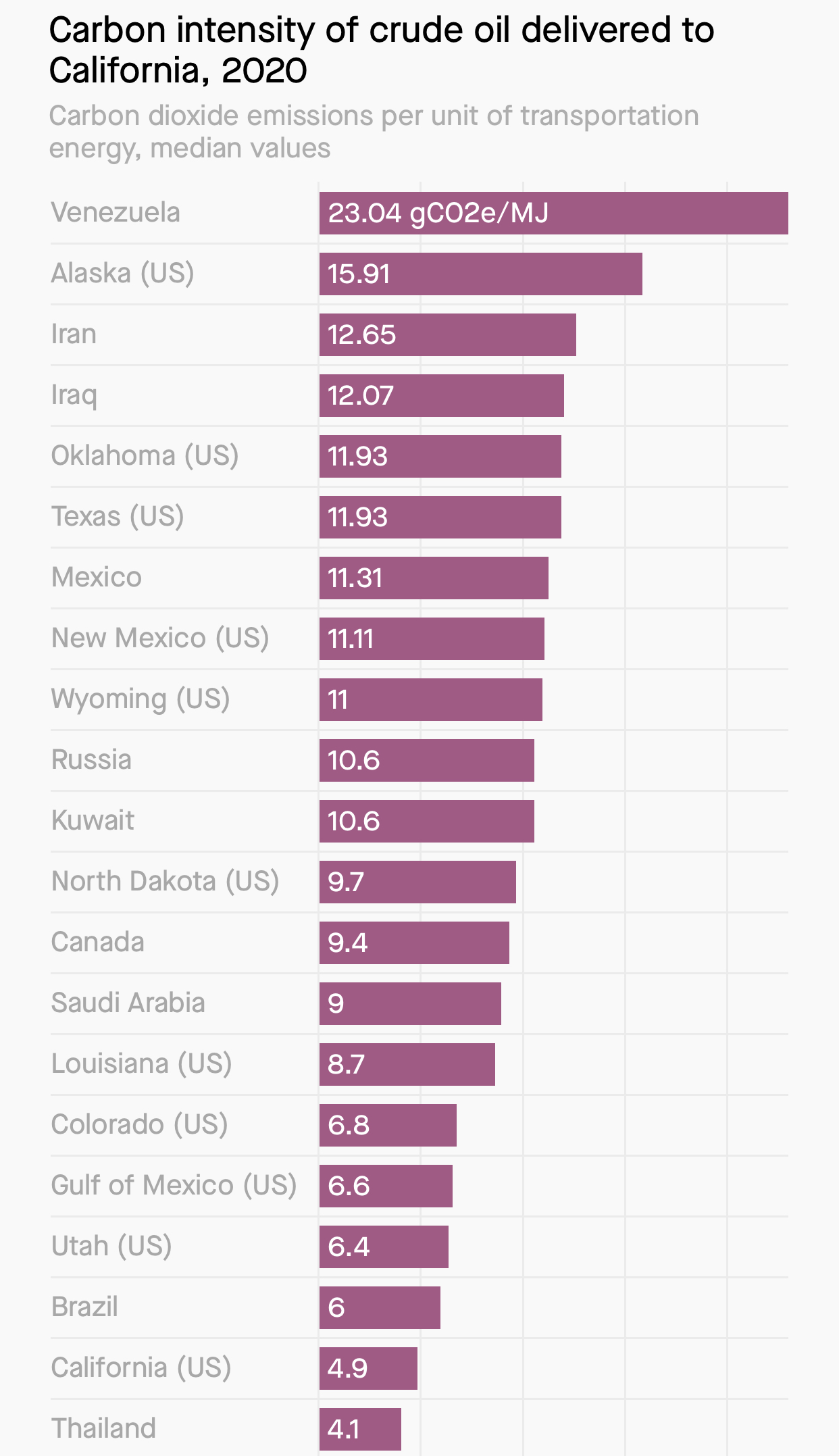 The chart above was published earlier this week by Quartz using data from the California Air Resources Board. It shows emissions for Canadian crude as being just slightly above those for Saudi crude. It's worth noting that Canada produces large volumes of crude in the 12-15 gCO2e/MJ range - better than Alaska crudes, but higher than the value Quartz lists. By 2030, per-barrel GHG emissions from a growing number of these oil sands crudes will be reduced to below the level of Saudi crude. (See Cenovus 2019 ESG report.)

Will the oil sands also start to receive a fair and balanced hearing from investors and consumers by that time?

Yes, it is possible.