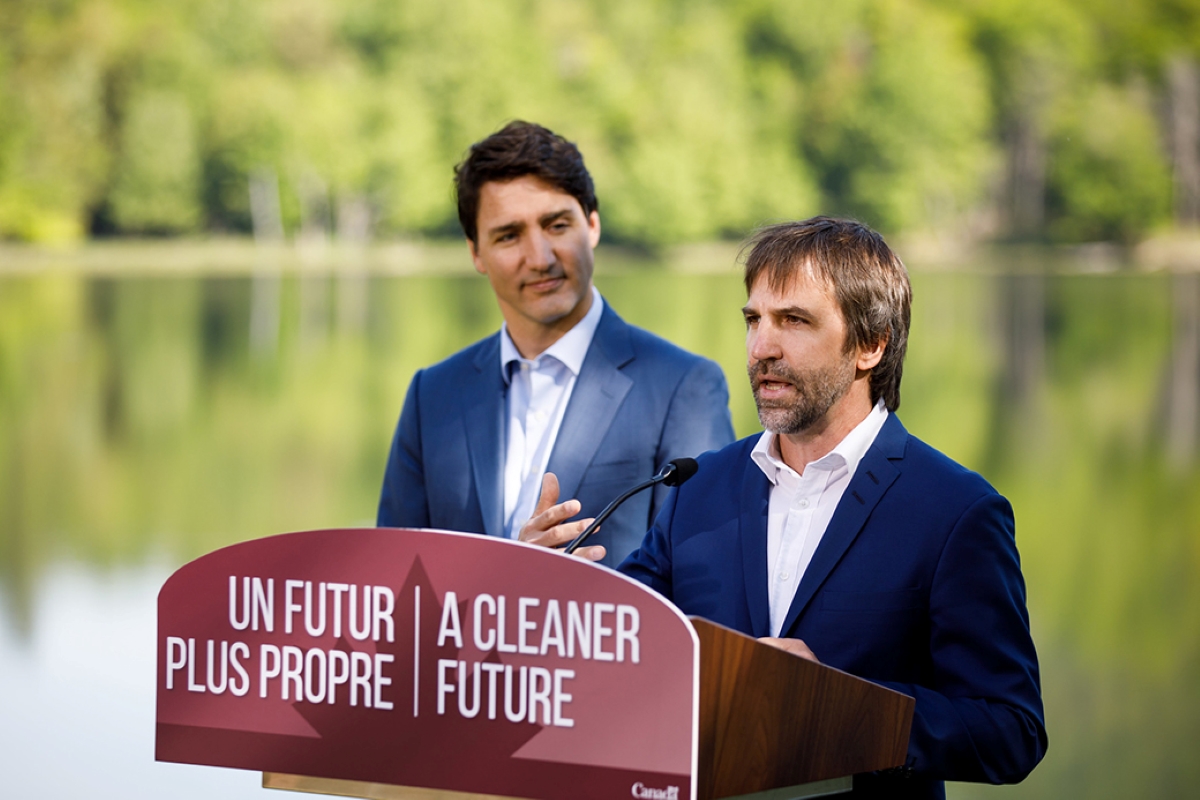 The federal government has set an ambitious net-zero emissions target for 2050, with an interim goal under its Paris Agreement commitments of reducing emissions below 2005 levels by 40 per cent by 2030.

For Canada's oil and gas industry, that means a cap on the industry's emissions requiring a reduction of 42% below 2019 levels by 2030.

Despite the shocking reductions required, the government is emphatic that its goal is not the decommissioning of one of Canada's most important industries. "The cap will focus on emissions and will not be a cap on oil and gas production," states the government. The goal is decarbonization, not deindustrialization. Or, as we like to say at Resource Works, the goal is an energy transformation, not "transition."

In fact, despite what first appears as a somewhat Sisyphean imposition, there seems to be an emerging willingness on the part of the government to recognize the sector's importance. There is "an opportunity to transform the sector into the cleanest global oil and gas producer, while also moving to provide low-carbon and non-emitting energy products and services in a manner that will ensure economic competitiveness, prosperity and create good jobs for Canadians," states the 2030 emissions reduction plan (italics my own).

The adoption of "transformation" over "transition" is a positive development, recognizing the tremendous opportunities to apply innovative solutions without discarding the continued importance of oil and gas to the wellbeing of all Canadians.

Nonetheless, the timing is certainly a challenge.

"We have our own ambitious targets for the oilsands . . . but we also have to balance ambition with realism and what can be practically and economically achieved by 2030," said Mark Cameron, president of the Pathways Alliance. The Pathways Alliance is a coalition of the six largest oilsands companies, representing 95 per cent of Canada's oilsands production, with the goal of working together to reach net-zero emissions by 2050.

Fortunately, Environment Minister Steven Guilbeault indicated some flexibility: "There's a possibility that if the industry needs a bit more time, then we can provide some flexibility while ensuring that Canada still meets its 2030 goals, that we can allow the industry a bit more time if they need this time to deploy the necessary infrastructure that they need to reduce emissions."

But what is the "necessary infrastructure" the industry needs to reduce emissions?

There are many ways the industry is decarbonizing, including using lower emission fuels in the production process and improving energy efficiency. Yet the single most promising technology is carbon capture and storage (CCS), in which the carbon burned or released from oil and gas production is captured and stored (sequestered) underground or re-purposed to make new products. Either way, the carbon is contained and not released into the atmosphere.

Yet CCS entails sophisticated infrastructure requiring significant investment and a supportive regulatory framework. The only way I can see Canada reaching 2030 emissions reduction targets (much less 2050) is by fast-tracking and co-investing in these facilities alongside industry. In fact, that's pretty much what current CCS leaders in Norway and the Netherlands are doing.

A serious partnership on the part of government in the Pathways Alliance's CCS plans is the single best way to achieve the goal of energy transformation, which is the only conceptual framework capable of synthesizing meaningful emissions reductions and economic justice for workers and citizens.

Through the widespread adoption of CCS technology, the Canadian oilsands can continue to be Canada's engine of prosperity while decisively resolving emissions challenges. There is no need to choose between energy and fuel affordability on the one hand and reduced emissions on the other. CCS makes it possible to achieve both. That's a win-win for the government and the environmental movement as well as for industry and the millions of Canadians supported directly and indirectly by the prosperity created by oilsands operations.

If, instead, emissions reduction targets continue without support for technological solutions like CCS, Canada runs the risk of being driven out of the energy market by competitors with little to no interest in bettering the climate. The result would not be less fossil fuel consumption. It would be increased production in the least responsible jurisdictions, lining dictator pockets and war chests while Canada's economy suffers.

That's a future already emerging in parts of Europe like Germany, which prematurely adopted an energy transition philosophy, going as far as phasing out nuclear power in a race to transition to wind, solar and other renewables. Now Russia holds all cards when it comes to Europe's natural gas supply, with responsibility for 40 per cent of the European Union's (EU) gas.

Germany has a choice between firing up its old coal power plants or purchasing Putin's energy. The result? The European Union (EU) has committed to reducing natural gas consumption by 15% this winter, proposing a cap on domestic heating sure to prove popular on cold days. Simultaneously, Germany is allowing an alarming 21 coal plants to restart or continue past their planned retirement date.

Before the war in Ukraine, Germany had also been getting its coal supply from Russia to fuel its plants. Now, an EU embargo on Russian coal coming this month is forcing energy companies to look to South Africa, Australia and Colombia’s infamously dirty and unsafe Cerrejón mine.

Far from the green dream, Germany's energy transition has largely been one of substituting baseload nuclear power for coal and Russian natural gas as renewables failed to provide a reliable source of affordable power.

How's that for whiplash?

Luckily, that's not a likely scenario for Canada's future. But it stresses the need for energy realism even as we do our best to decarbonize. When it comes to carbon and energy sources, it's best not to let the ideal become the enemy of the attainable. For Germany, the attainable is baseload nuclear power augmented by LNG imports. For Canada, it's oil and gas featuring public-private partnerships in CCS.

Margareta Dovgal is the managing director at Resource Works. Follow her on Twitter and LinkedIn for more hot takes on natural resources and making the world a better, more prosperous place.