12 trends that foretell the future of energy

What does the smart money think about the intertwined issues of energy and climate? An annual investor report with insights from a Canadian expert reveals some interesting trends in 2021. 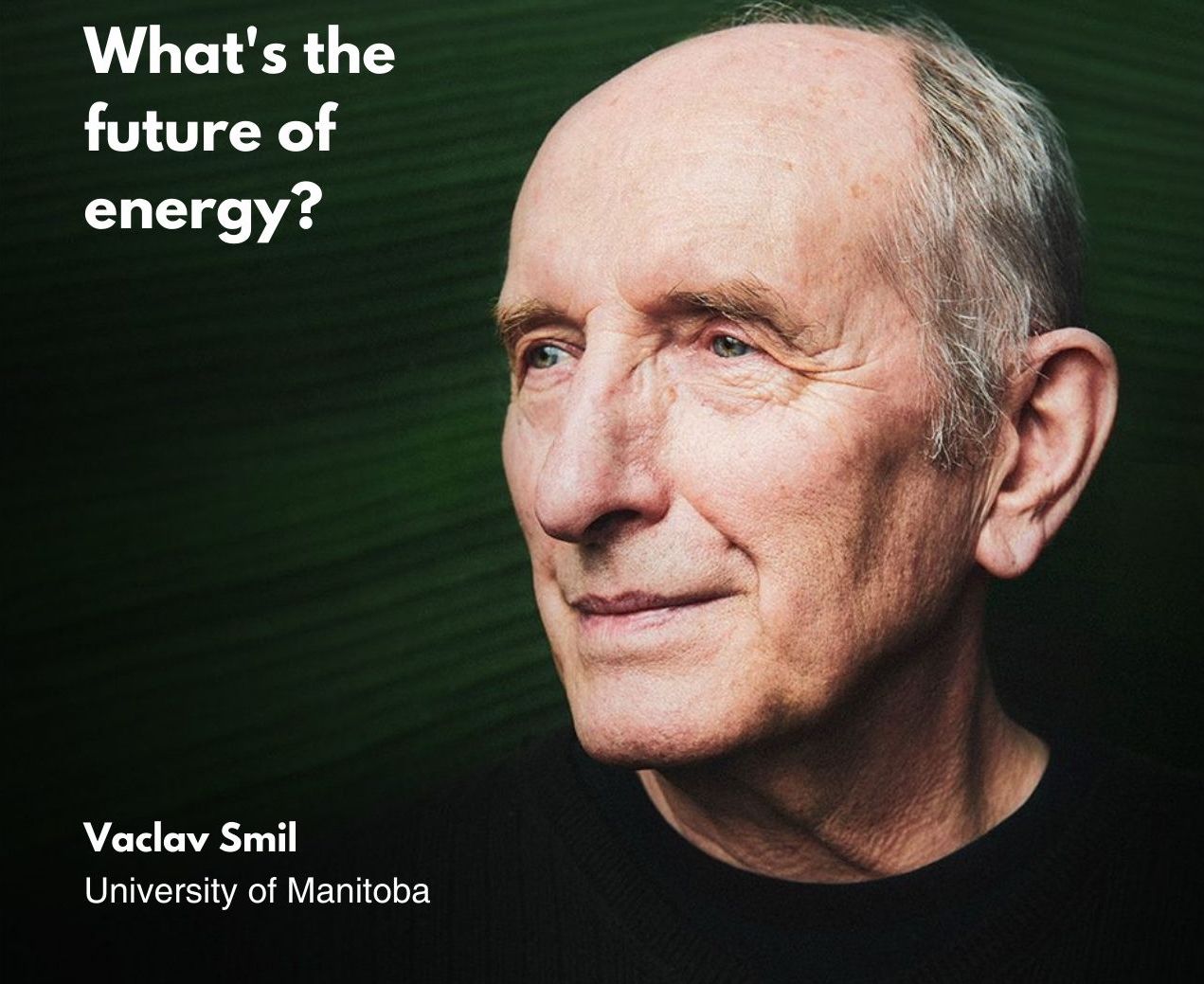 Why is decarbonization taking so long? How is it that wind and solar power reach new heights every year but still represent just 5% of global primary energy consumption? What are the linkages between industrial energy use, the slow-motion electric vehicle revolution, and the costs of making things?

For the answers to these and other questions, every year the asset management firm J.P. Morgan turns to University of Manitoba energy scholar Vaclav Smil, who has resolutely pursued the facts about energy and growth through decades of change. With J.P. Morgan author Michael Cembalest, Smil provides the background to understand the trends that investors need to know about.

For those who have the time and interest, we can recommend spending time with the fascinating 2021 edition of this paper. Below, drawing on the work of Cembalest and Smil, we've sampled 12 charts from the paper and provided our own Resource Works commentary for each:

So great is humanity's dependence on coal, oil and natural gas that the vast majority of our energy needs are served by these hydrocarbon fuels. Even in the modern era when large-scale, low-emitting energy sources like nuclear and hydro were rapidly built out, this dependency has not changed a lot, going from nearly 95% to a little under 85% globally. Though governments today are all talking about net zero by 2040, it's challenging to see how this comes about.

It's not as if sources like wind are solar aren't growing quickly. In many parts of the world, they are.

3. Renewables are getting cheaper

We often hear about the incredible advances in manufacturing and scale that have allowed the cost of renewables to drop quickly. For many, the conclusion is obvious: build out these zero-carbon energy sources as quickly as possible because they hold the answer to global decarbonization.

4. The next big step in wind energy won't be easy

With onshore wind increasingly running into the same NIMBYism that affects hydro dams, ski resorts and energy pipelines, increasingly there is interest in offshore wind. However, the rapidly falling costs of installing wind capacity experienced on the land have not yet been replicated on the ocean's surface.

5. History teaches us to be skeptical of big claims about energy transition

It's not a new thing for energy visionaries to claim that the end of the fossil fuel era is nigh. In fact, this has been going on for decades now and that future is clearly not arriving any time soon. Maybe, instead of promising a "transition" to an illusory future state, practical minds should spend more time focused on transforming the energy dependencies we do have? (Not that we shouldn't take an "all of the above" approach...) 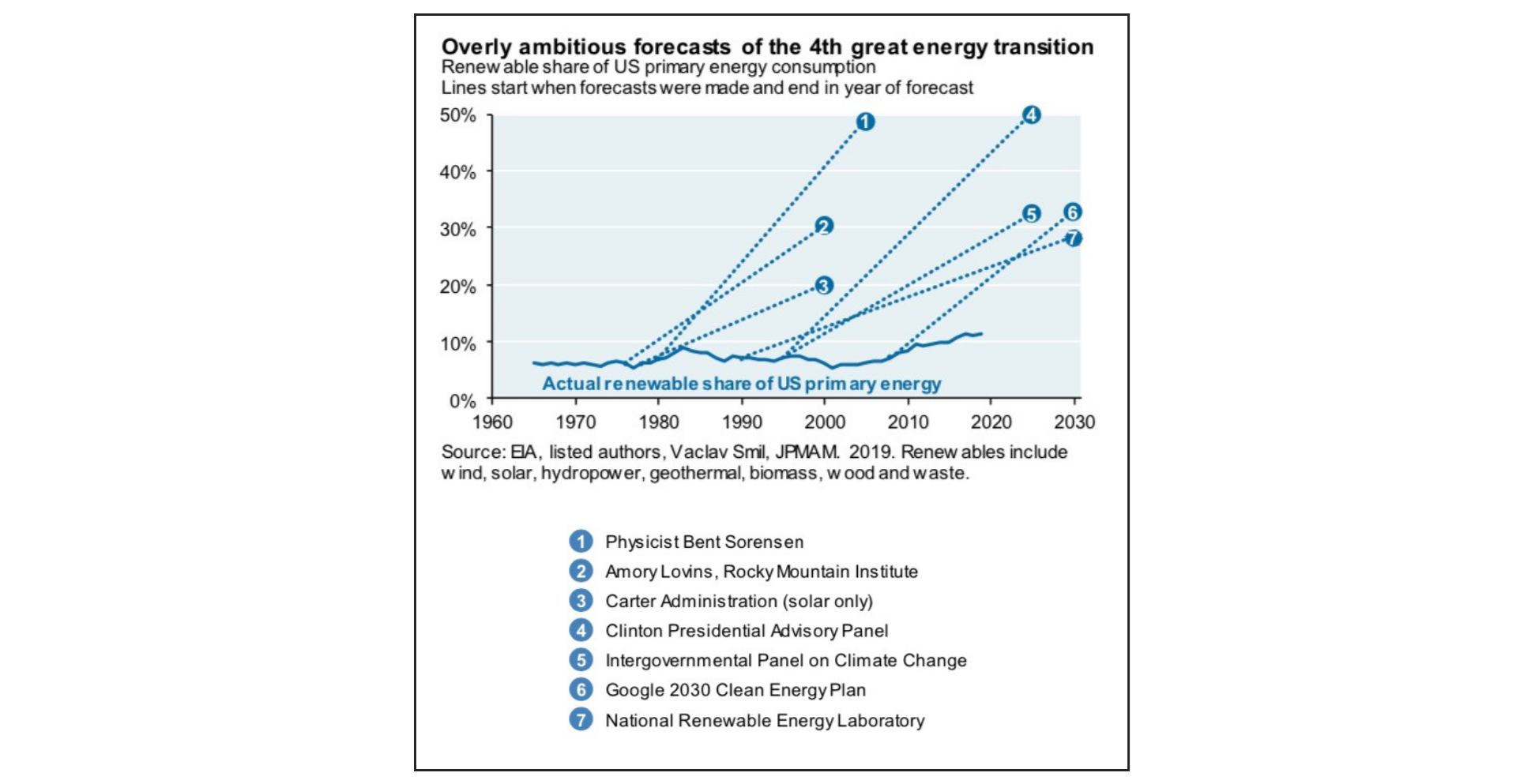 6. The pandemic's consumption collapse was temporary

During the early Covid-19 crisis, oil demand collapsed so totally that people were actually being paid to take oil off the hands of suppliers. It became common to hear that it would be possible to "build back better" by keeping fossil fuel consumption low forever. It has not turned out that way: now in mid-2021, much of the demand has returned and a return to pre-pandemic levels is underway. Here's a question to consider: since it is now proven that there is no "off switch" for hydrocarbon use, what if we put a stronger emphasis onto adaptive policies and technologies?

7. Wealthy countries are not a useful example of global trends

For nations in Europe and North American, their wealth has allowed many kinds of innovation in energy systems. Efficiency has enabled these regions to use less overall energy and that is projected to continue. However, most of the world's population is not located in these places and the same trend is not forecast for them. For example, all of the coming declines in Europe and the United States will be eclipsed by increased demand in Africa alone.

8. For the price sensitive, natural gas remains cheaper than electricity

When you consider this chart, it's not hard to see why exports of LNG (liquefied natural gas) are a popular way to transport inexpensive fuel from places where it is abundant to regions that lack their own gas supplies. Although Canada has so far missed out on the chance to supply this market with its own abundant gas, the price differential is why we should be very skeptical of those claiming that natural gas is not needed.

9. Industry is becoming more, not less, reliant on natural gas

It's not just that gas is growing in overall usage. Its share of industrial use is rising too. Gas is needed to create electricity and it's a feedstock for manufacturing. Without gas there are no fertilizers, and the much-vaunted emergence of blue hydrogen as a zero-emissions fuel is going nowhere. To move forward successfully, it's going to be necessary to be honest about this trend and create policies that stimulate rather than discourage investment in innovation that will lead to better management of emissions.

10. Electric vehicles have a bright future, but it's a complex change

Zero emission vehicles are being mandated by law in many jurisdictions and it's just a matter of time before they become the norm. What exactly is that time going to be? As with so many problems in energy transformation, the devil is in the details. Here's an interesting fact that comes up in the Smil research for J.P. Morgan: car owners are holding onto their vehicles for longer than ever. In the United States, at current rates of vehicle replacement it takes more than 15 years for the overall light vehicle fleet to be refreshed. If the last gasoline-burning car is sold in 2040, this suggests that it will be 2055 by the time American roads are fully emissions free.

11. Net zero will be staggeringly expensive

The chart has sobering information to put alongside expectations that an energy-system transformation will be simple or quick. The bar on the far right shows the annual cost requirement of just one aspect of energy: transmission lines needed to enable 14x growth in wind and solar power. These lines will require triple the investment that currently is made in the United States. At one level, this sounds like a great business case for those in the transmission business. However, it also has to be factored in that it is becoming more difficult to install transmission lines because of localized opposition.

Change is coming, and change is good. As the Smil-influenced paper points out, “Big Oil” companies are becoming “Big Energy” companies. The global EV transition is happening faster than expected. In 2021 renewables are for the first time expected to garner more capital spending than upstream oil & gas. This process is influenced by diverging costs of capital: 3%-5% for solar and wind, 10%-15% for natural gas and up to 20% for oil projects.

At the same time, renewable energy is still mostly used to generate electricity, and electricity as a share of final energy consumption on a global basis is still just 18%. In other words, direct use of fossil fuels is still the primary mover in the modern world, as the demise of fossil fuels continues to be prematurely declared by energy futurists.

As writer F. Scott Fitzgerald said, "The test of a first-rate intelligence is the ability to hold two opposed ideas in mind at the same time and still retain the ability to function." This is a case in point. Maybe the current state of energy transformation calls for, most of all, our best minds to solve the contradictions and bring about the future energy system that is needed.