The last crystal ball we had was a kid’s marble from a Christmas cracker. So we’re not about to make our own predictions about the fate of oil. We’ll ignore Green MP Elizabeth May’s silly claim that “oil is dead,” and will look instead at what professional predictors are seeing in their digital crystal balls. 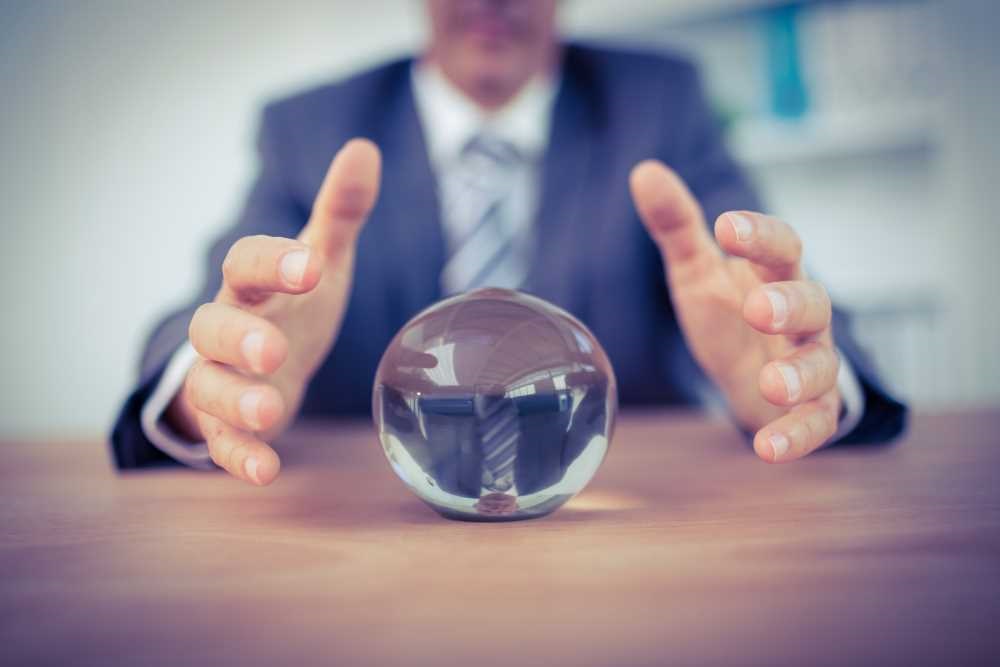 The International Energy Agency sees global oil demand rebounding next year, after this year’s record slump, but recovering to pre-pandemic levels may take a couple of years. That’s a short-term outlook, though. What happens after that couple of years?

The world’s oil majors are increasingly forecasting that demand for oil thereafter will slowly flatten, and that the transition to renewable energies will steadily increase. So they plan to invest more and more in renewables. OilPrice Magazine noted: “Although it would be premature to suggest that the current pandemic marks the end of fossil fuels, it might not be a stretch to call this the beginning of the end.”

Realistically, though, lasting reduction of global demand for oil is decades away; think of the flattening of demand, not of its disappearance.

Canadian CEO Alex Pourbaix of Cenovus Energy says: “The world is undergoing an energy transition as action is taken to limit global temperature rise. Canada’s energy sector is going to play a key role in supporting the transition.

“But... even the most aggressive emissions-reduction scenarios recognize that oil and natural gas will continue to be a significant part of the energy mix for decades to come. Canada has the world’s third largest oil reserves and a significant opportunity to provide the world with the low-cost, lower-carbon energy it demands.”

Energy giant BP, squeezed between the impact of COVID-19, and increased public and investor pressure to tackle climate change, wrote off US$17.5 billion in assets this month, and said it expects a hastened shift away from fossil fuels. As the Financial Times said, BP’s move “marks the biggest recognition yet in the oil and gas industry that tens of billions of dollars worth of investments could be rendered uneconomic as the world pursues the Paris climate goals.”

And Britain’s Sky News added: “It is a big moment in the history of Big Oil. The announcement is the first public acknowledgement from a major oil and gas producer that the pandemic could result in the energy transition — and the accompanying fall in oil and gas prices — being more rapid than expected.”

BP had long promised net-zero emissions from its fossil-fuel operations, by 2050. But BP’s CEO, Bernard Looney, now speaks of developing a strategic plan over the next few months to make “greater efforts to ‘build back better’ towards a Paris-consistent world.”

Rival giant Shell, too, sees a faster new and greener future: “The world’s energy system is changing. Shell is investing in more renewables and lower-carbon technology. This includes renewables such as wind and solar, new mobility options such as electric vehicle charging and hydrogen, and an integrated power business that will provide millions homes and businesses with clean electricity.”

CEO Ben van Beurden now winces at Shell being called an oil company. “The very fact that, in this interview, you referred to us as an oil company is symptomatic of the problems that we are facing,” he told Bloomberg Green. Like BP, Shell’s current climate goal is to cut all emissions from fossil-fuel operations to net zero by 2050. But Shell goes much further: It also targets the emissions from downstream users of its fossil fuels.

As Bloomberg Green reported: “Every internal combustion engine, every power plant, every petrochemical factory—all downstream fossil fuel consumers will one day be required to capture their emissions, or plant forests in compensation.”

Shell and BP are not alone in seriously building climate-change into their plans. Chevron, Total, ExxonMobil and others are all rewriting their futures. And Goldman Sachs forecasts that spending on renewable energy will overtake oil and gas drilling for the first time next year. It sees clean energy generating US$16-trillion in investment through 2030.

A key point: These changes are being done by smart companies looking at the future without being forced to change by punitive policies and regulations by governments. They don't need the “help” of the United Nations’ Renewable Energy Policy Network, which is calling for an immediate end to any support for the oil and gas sector, and massive government spending on an immediate shift towards renewable energy and energy-efficiency programs.

So now Canada has, instead, a goal of net-zero emissions by 2050. But what does that mean? And how does Ottawa propose to get there? With what policy and plan?

Natural Resources Minister Seamus O’Regan says: “Net zero is a moon shot and a moon shot is not the same as just throwing ideas out there and seeing what sticks.

“A moon shot is a very specific goal — Kennedy said we’re going to get to the moon. And then afterwards the teams at NASA had to figure out how to do it. And by 1969, they had a man on the moon.

“If we could do it (net zero) in eight years that would be great.”

In 2017, Prime Minister Trudeau said: “You can't make a choice between what's good for the environment and what's good for the economy. We can't shut down the oilsands tomorrow. We need to phase them out. We need to manage the transition off of our dependence on fossil fuels.” But, more than three years later, Canada has yet to formulate an energy policy that intelligently takes into account achievable climate goals, and the survival of a petroleum-and-pipeline industry.

That industry provided $108 billion to Canada’s GDP in 2018, paid $8 billion in average annual revenue to governments 2016 to 2018, employed almost 530,000 people in 2017, and was the No. 1 employer of Indigenous people. And surely a national policy needs to recognize that if we slow or stop our oil exports, oil-producing countries with much dirtier oil, and far lower standards for environmental, social, and governance (ESG) measures, will happily step in to fill the gap.

Mac Van Wielingen, an energy executive who is often called “Calgary’s corporate radical” for his progressive thinking, puts it perfectly: “We can contain, curtail, and dismantle our leading industry. Or we can consider the facts, and pursue a future for our oil-and-gas sector that is both moral and smart, demonstrating a commitment to long-term energy leadership in all facets of the industry, including the environment.”