Mayors get a look inside British Columbia's "engine room" region

Here's what happened when British Columbia mayors visited Fort St. John, the heart of the province's most resource-rich region.

In May 2016, British Columbia's Mayors' Caucus gathered in North East BC to meet and take a closeup look at the resource activity that distinguishes this region and aptly earns it the description of the "engine room" of the provincial economy.

The list of abundant resources in the Northeast is a long one, including forestry, agriculture, wind and hydro energy, oil and gas, and mining. The region earns the description of engine room because its outsized contribution to the overall provincial economy has been shown to be a major motive force in producing employment, innovation, exports, and growth. Much of what we hear about the Northeast concerns LNG, but natural gas in that form is only one part of the story.

According to a Urban Futures Institute published in 2014, the Northeast made a substantial contribution to the value of BC’s total exports in 2013 ($8.1 billion out of $90.0 billion; nine percent). It also provided the greatest export value relative to the size of its labour force (representing less than two percent of BC’s total) of any region in the province: the export value per labour force participant in the Northeast region was $198,474, almost six times the average of $33,709 seen throughout the rest of British Columbia. 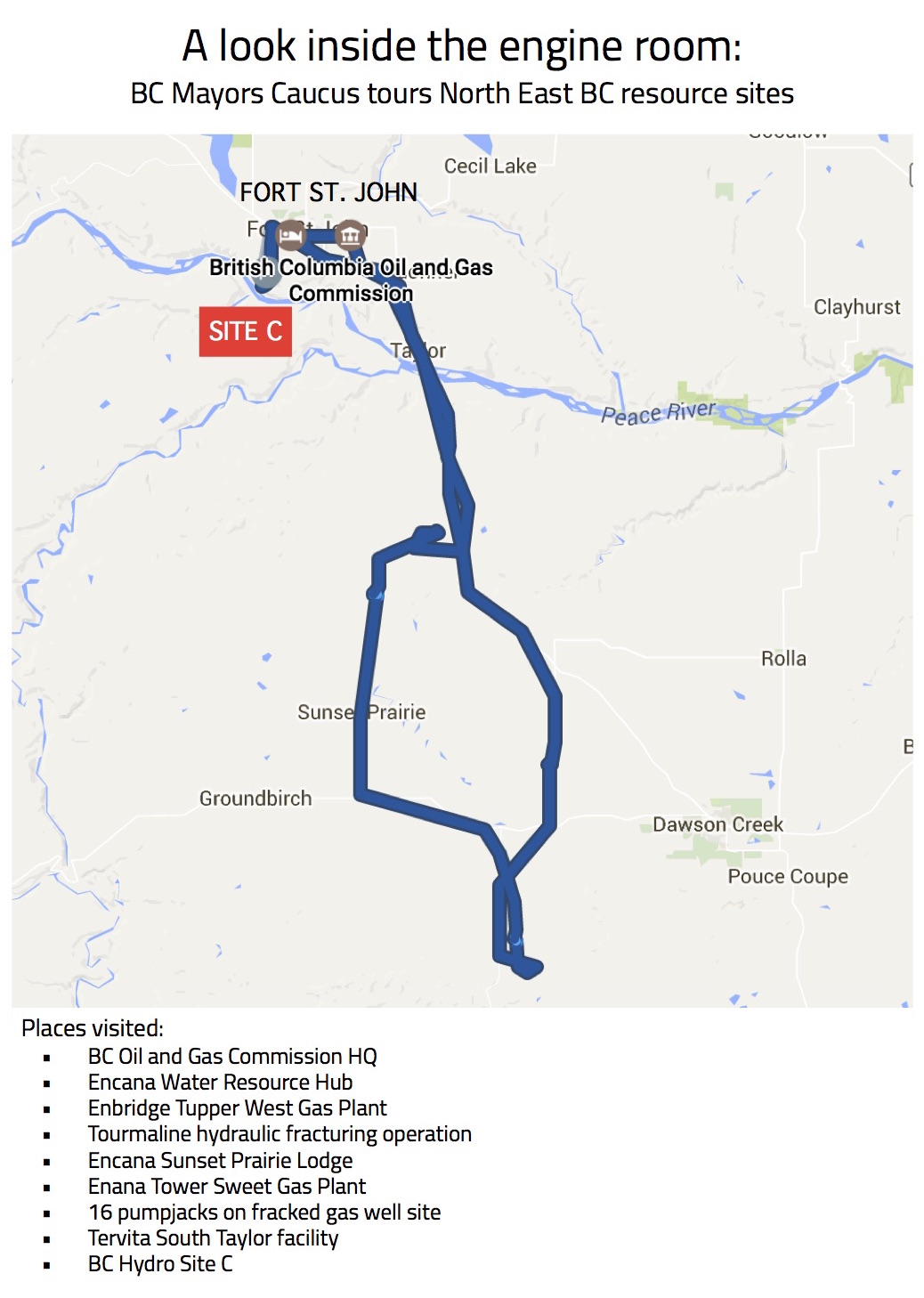 During a one-day tour of resource sites, the mayors saw a range of activities in the oil and gas area. They also later toured innovation sites such as a micro-hydro project and a passive house demo project that uses cutting edge energy conservation technology.

Throughout the tour, it was clear that the mayors were thinking about the crucial economic-environment balance questions that represent the major challenge of our times.

A planned tour of Fort McMurray was, unfortunately, cancelled because of the devastating wildfires that struck the Alberta city on May 3.

Here are some images from the tour, which was hosted by the BC Oil and Gas Commission.

Workers quit for the day in this time lapse filmed at the Site C workers camp that is under construction near the banks of the Peace River.

This is a meszmerizing time lapse of pumpjacks on a fracked gas well site.

With increasing awareness of the need to protect the air from greenhouse gas emissions, the BC Oil and Gas Commission recently brought this vehicle into operation.

Seismic monitoring equipment is installed at a public display in the lobby of the BC Oil and Gas Commission headquarters in Fort St. John. Resource Works executive director Stewart Muir tries his best to create a "seismic event" in the only way he knows how...

The photos below depict Mayors' Caucus members and the sights they saw, including: core samples of shale rock stored in the BC Oil and Gas Commission headquarters for research purposes; a hydraulic fracturing location where the Tourmaline company demonstrated its extraction procedures and precautions, a rare close-up look at a key process in gas extraction; a photo of a hydraulic fracturing site showing the use of solar panels as part of the set-up; a close-up of a wind farm located in the area; apparatus at the head of a well that has been drilled and will shortly be producing natural gas for likely decades to come; mayors looking out upon the Site C hydro dam project that is now under construction just outside of Fort St. John; and finally, Fort St. John Mayor Lori Ackerman, a member of the Resource Works Advisory Council, discussing resource issues with her mayor colleagues. 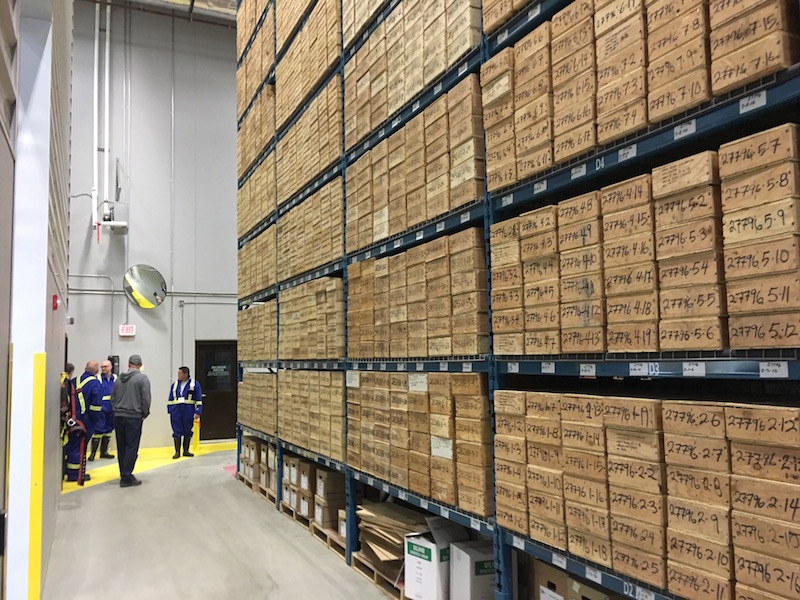 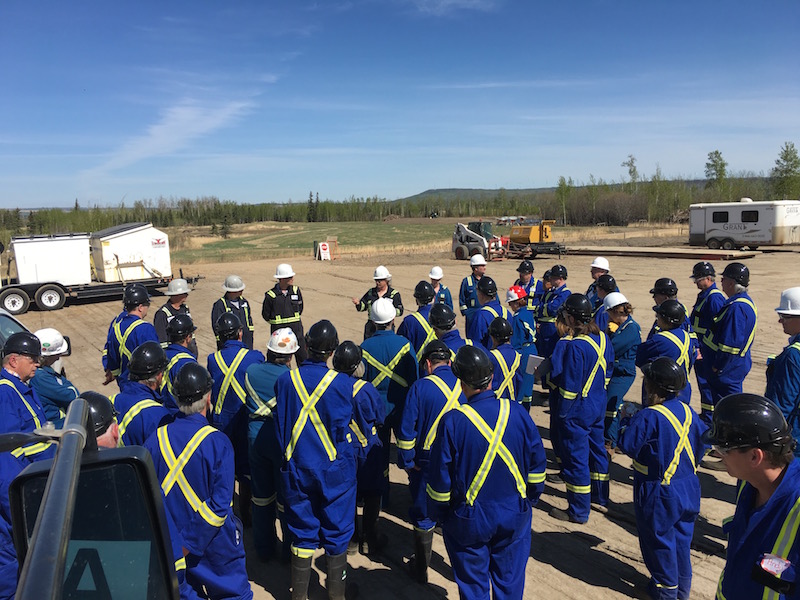 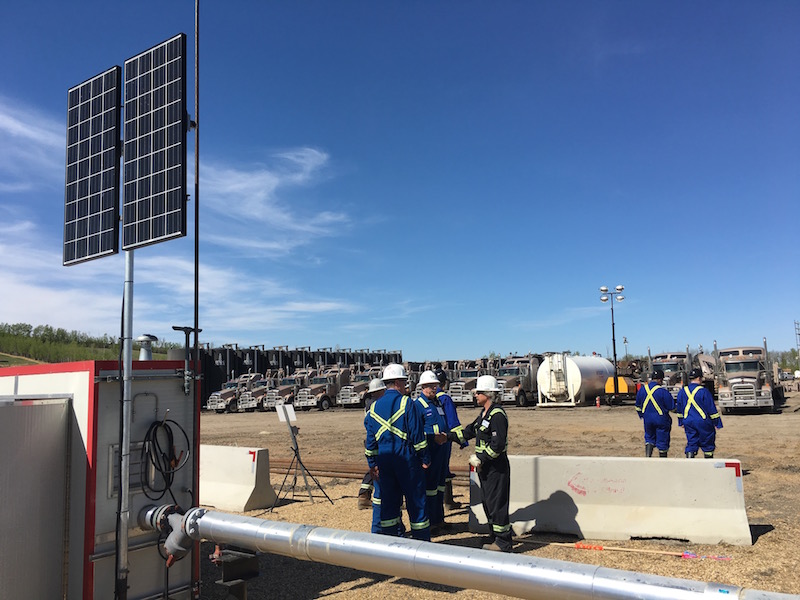 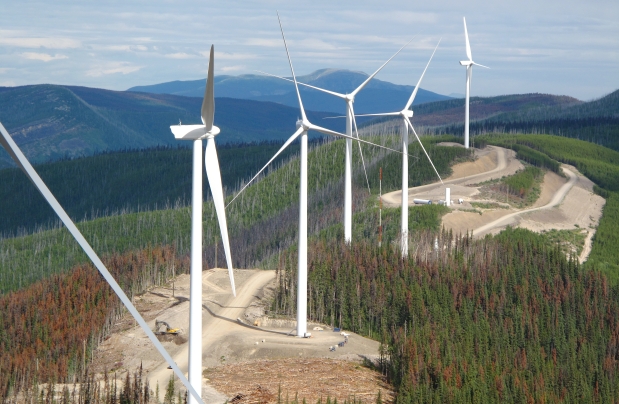 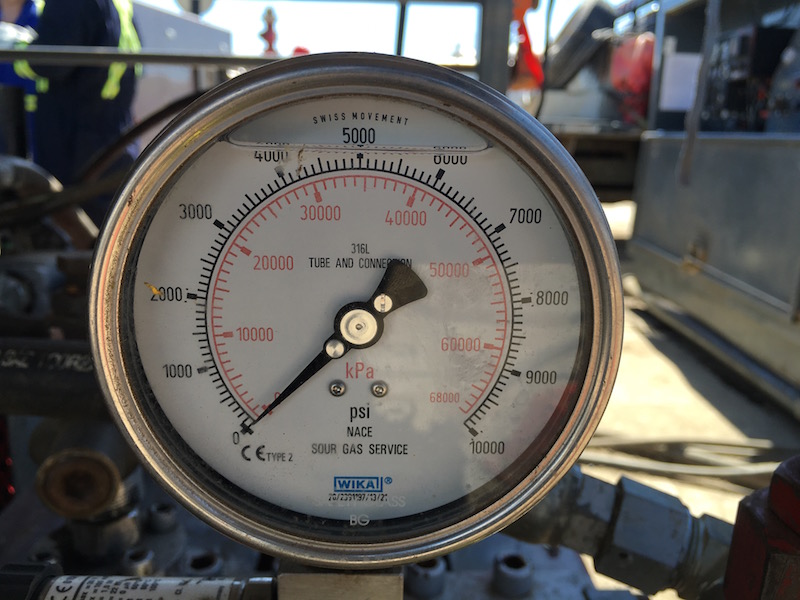 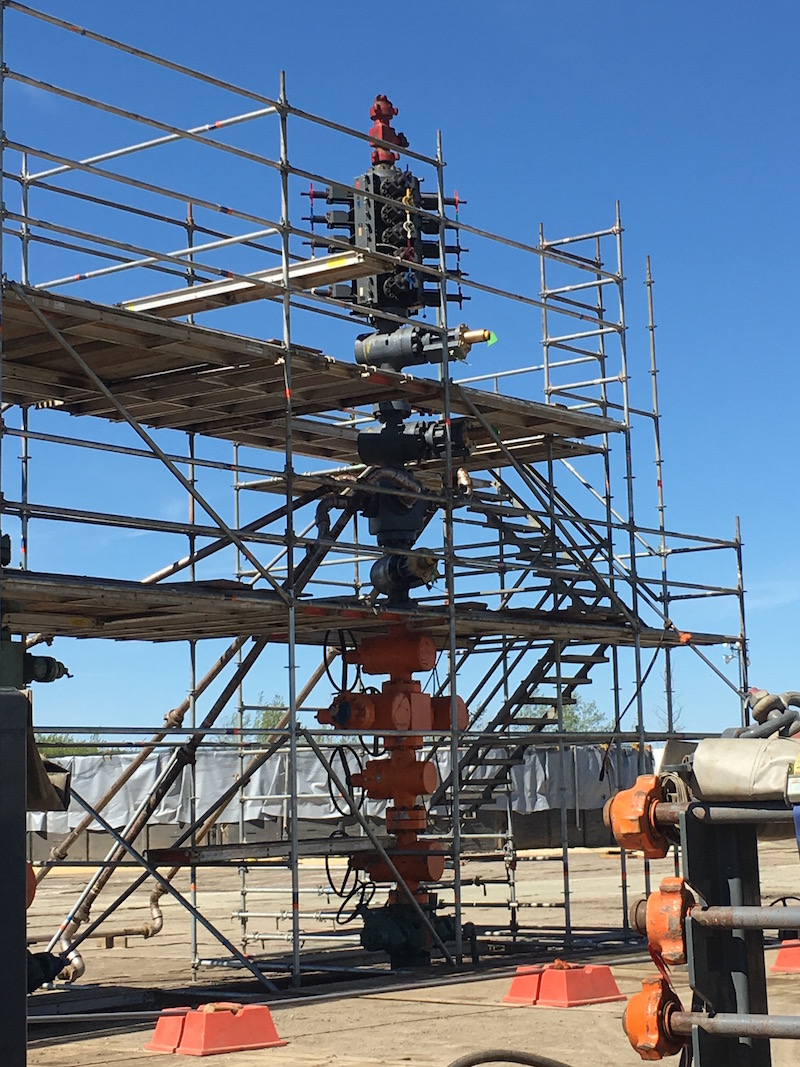 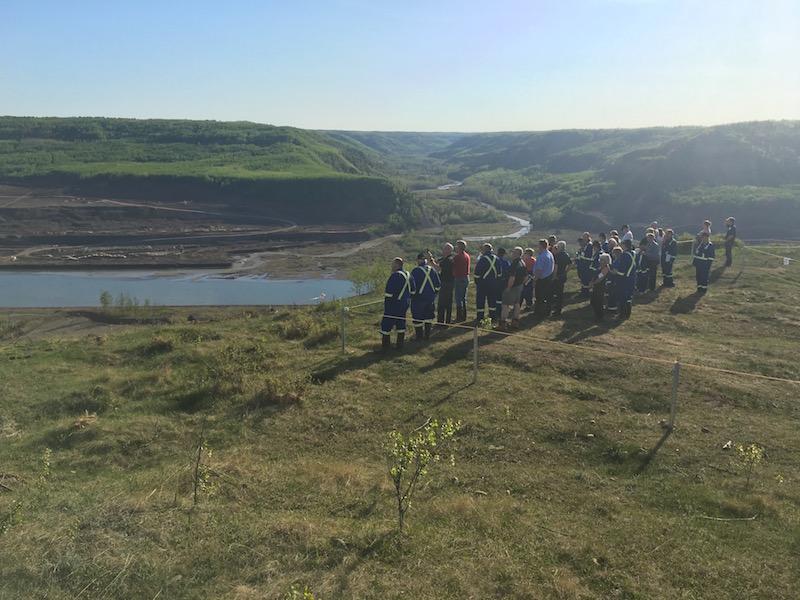 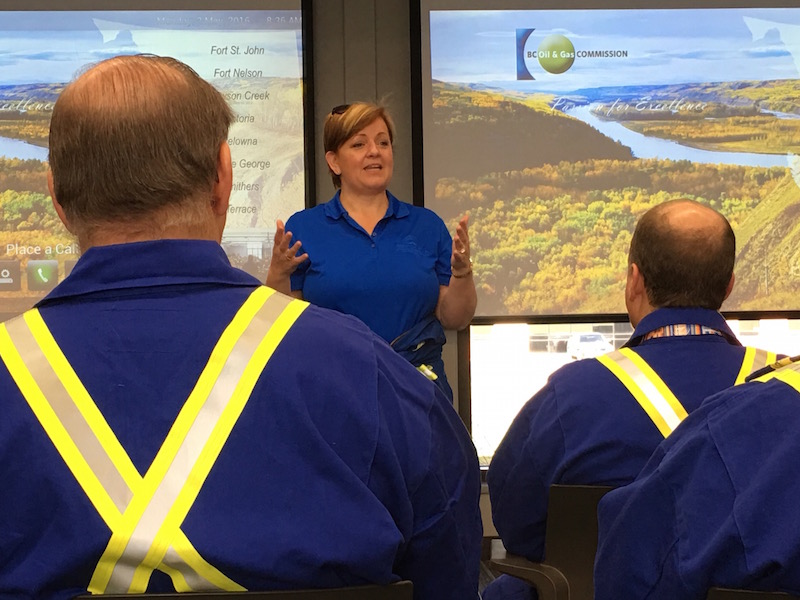