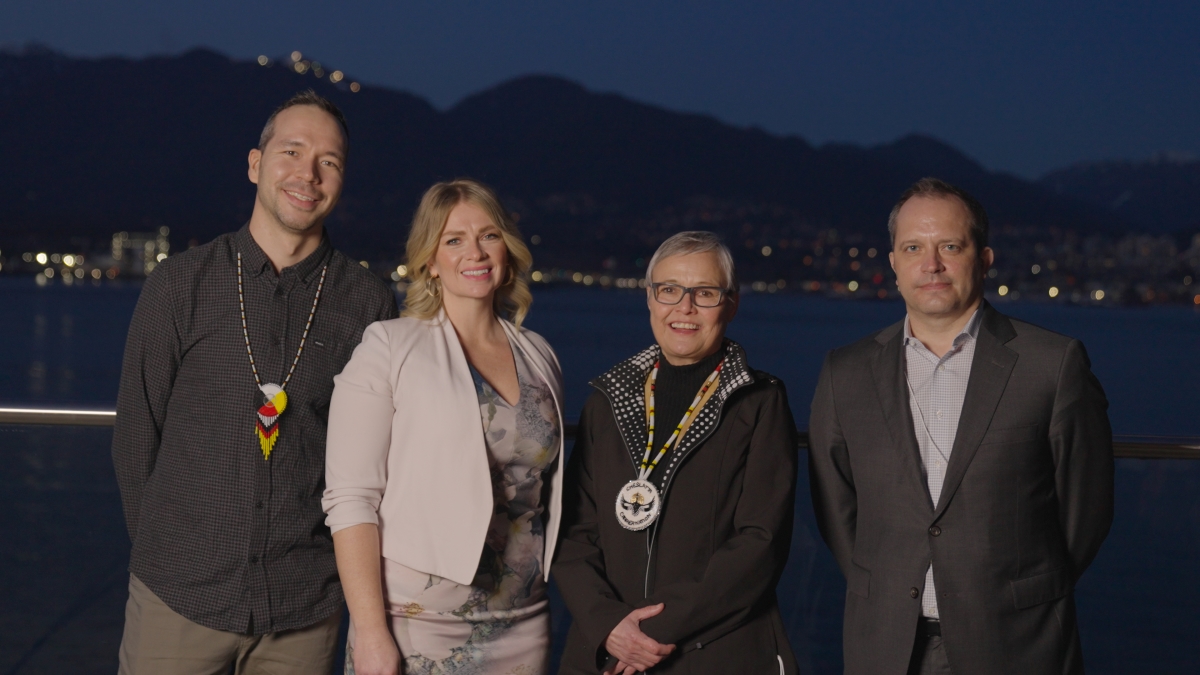 When the federal Liberal government bought the Trans Mountain pipeline in 2018, it spoke of selling the line to Indigenous groups.

Over nearly 10 years of consultation and development, Trans Mountain's expansion project (TMX) faced opposition from some First Nations. But after a second round of consultation and with a whopping 173 conditions imposed on the pipeline, 120 of the 129 Indigenous communities along the route either supported or didn’t oppose the project. And as of summer 2021, Trans Mountain had 66 agreements with 73 Indigenous groups in BC and Alberta.

Now, four Indigenous groups are seeking forms of ownership over TMX, including Project Reconciliation, Chinook Pathways, Natural Law Energy, and Nesika Services, which recently joined the race to own the pipeline.

Equity ownership in major projects is increasingly emerging as the “gold standard” of economic reconciliation and Indigenous-enterprise partnership. And it has profound impacts on Indigenous communities.

On March 9, 2022, for example, TC Energy announced the potential sale of a 10% equity interest in the Coastal GasLink pipeline. It has agreed with two Indigenous groups, representing 16 communities along the pipeline route, on options to take an equity share.

Niilo Edwards, executive director of the First Nations Major Projects Coalition, which played a key facilitating role in the deal, says economic reconciliation is about First Nations charting their own paths to self-determination. "Everybody recognizes that you can't do that without . . . economic activity and partnerships.”

Chief Corrina Leween of the Cheslatta Carrier Nation noted the significance of the partnership:

“For many of us, this marks the first time that our Nations have been included as owners in a major natural-resource project that is crossing our territories. This deal is important because it demonstrates the value First Nations can bring as true partners in major projects.”

To many, the emergence of popular Indigenous-industry interest in equity partnerships marks a turning point in the opportunities available for both partners. As an emerging generation of Indigenous entrepreneurs and leaders reclaim their voice, they are putting tired narratives to rest. 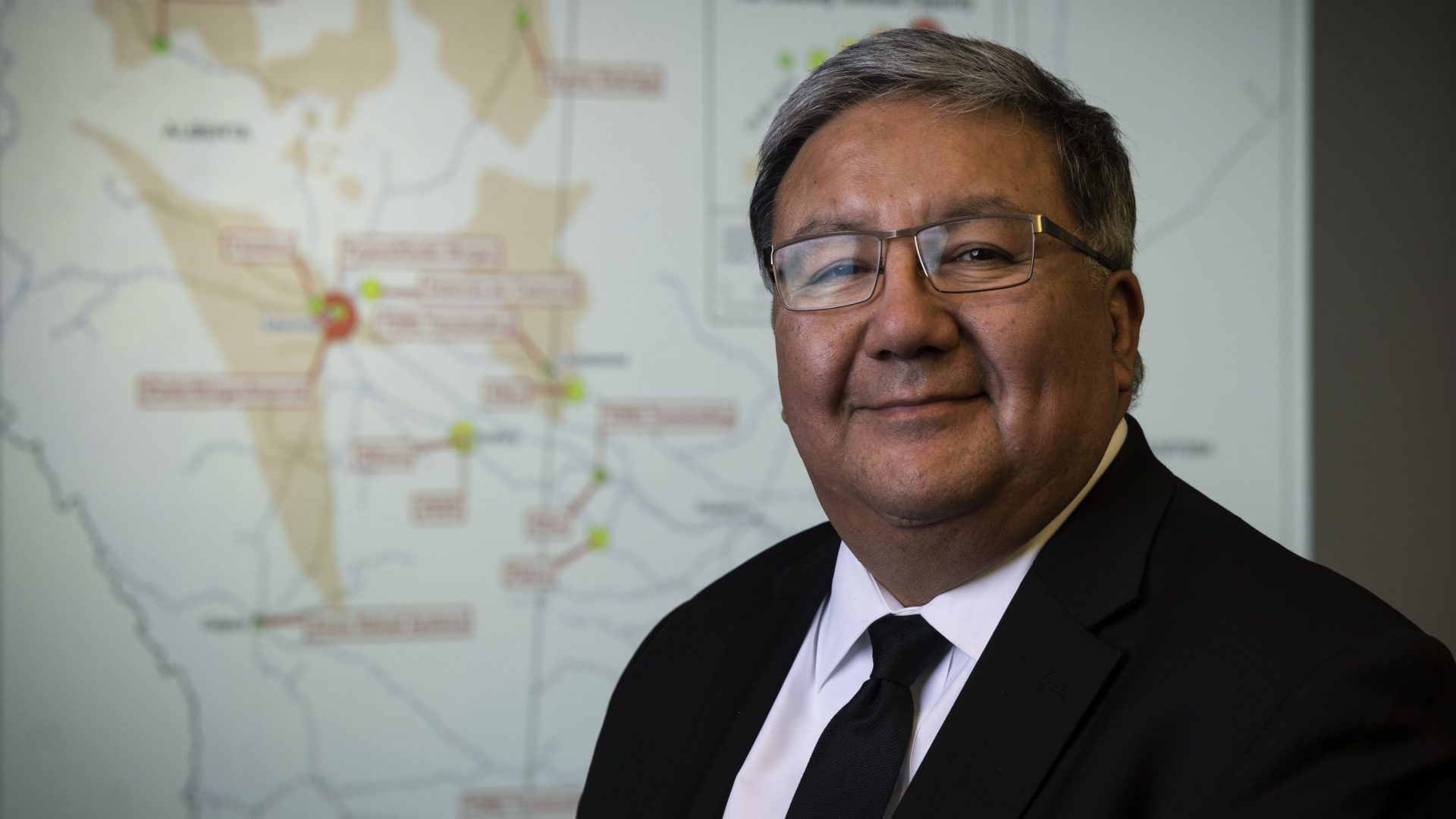 Dale Swampy, president and founder of the National Coalition of Chiefs. (Photo from the Canada Energy Centre)

Dale Swampy, a member of Samson Cree Nation and founder of the National Coalition of Chiefs (NCC), said: “To say that we are all against development is ludicrous. We’re in favour of prosperity. . . . We know that the majority of chiefs are in favour of participating in major projects.”

The NCC, which is committed to working with the natural-resource industry for shared prosperity, is joining the Indigenous Partnerships Success Showcase (IPSS) as a partner for its third annual event coming May 26 and 27.

“The time has come for First Nations to be active participants in the development of Canadian natural resources, to ensure we are not still living in poverty and despair a generation from now,” said Swampy. “Most Canadians know this and more First Nations support the natural-resource sectors, like oil and gas, than oppose it.”

The data seems convincing. Research from the Alberta government's Canadian Energy Centre shows that the vast majority of roughly 250 First Nations in BC and Alberta, with publicly available positions on the issue and who were likely to be impacted by oil and gas development, support further development. 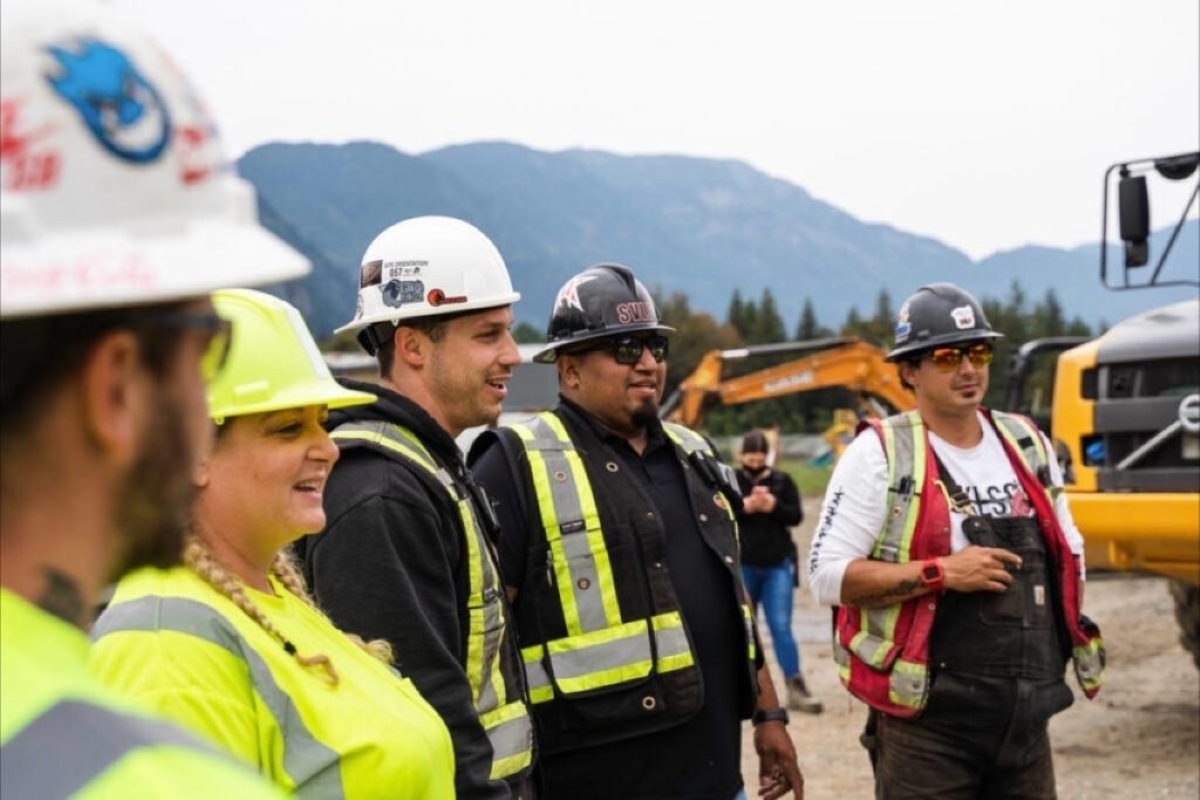 Some 53% support oil and gas development, compared to 41% in opposition. Job opportunities and economic development were tied with access to health care as the most urgent priority for respondents, followed by other issues including governance, education, traditional activities, and federal transfers.

“This helps confirm what we’ve seen and heard in our communities," said John Desjarlais, IRN advisory board member. "Most of us are not opposed to resource development. We are opposed to being left out.”

While not all Indigenous Canadians support oil and gas, First Nations leaders are increasingly speaking of the opportunities for their communities to develop natural resources on or through their traditional lands.

Crystal Smith, elected chief councillor of the Haisla First Nation, has watched her own community evolve and flourish through its involvement in LNG (liquefied natural gas) export opportunities.

“Growing up today in our community has no boundaries — it’s absolutely amazing to see that if my girls want to be a carpenter or an electrician, there’s nobody saying you’re not going to get funded for school,” she says. “If they want to do that, they’re going to be able to do it.”

Chief Smith will be bringing that story to the IPSS event spanning May 26-27, 2022, in Vancouver or online. 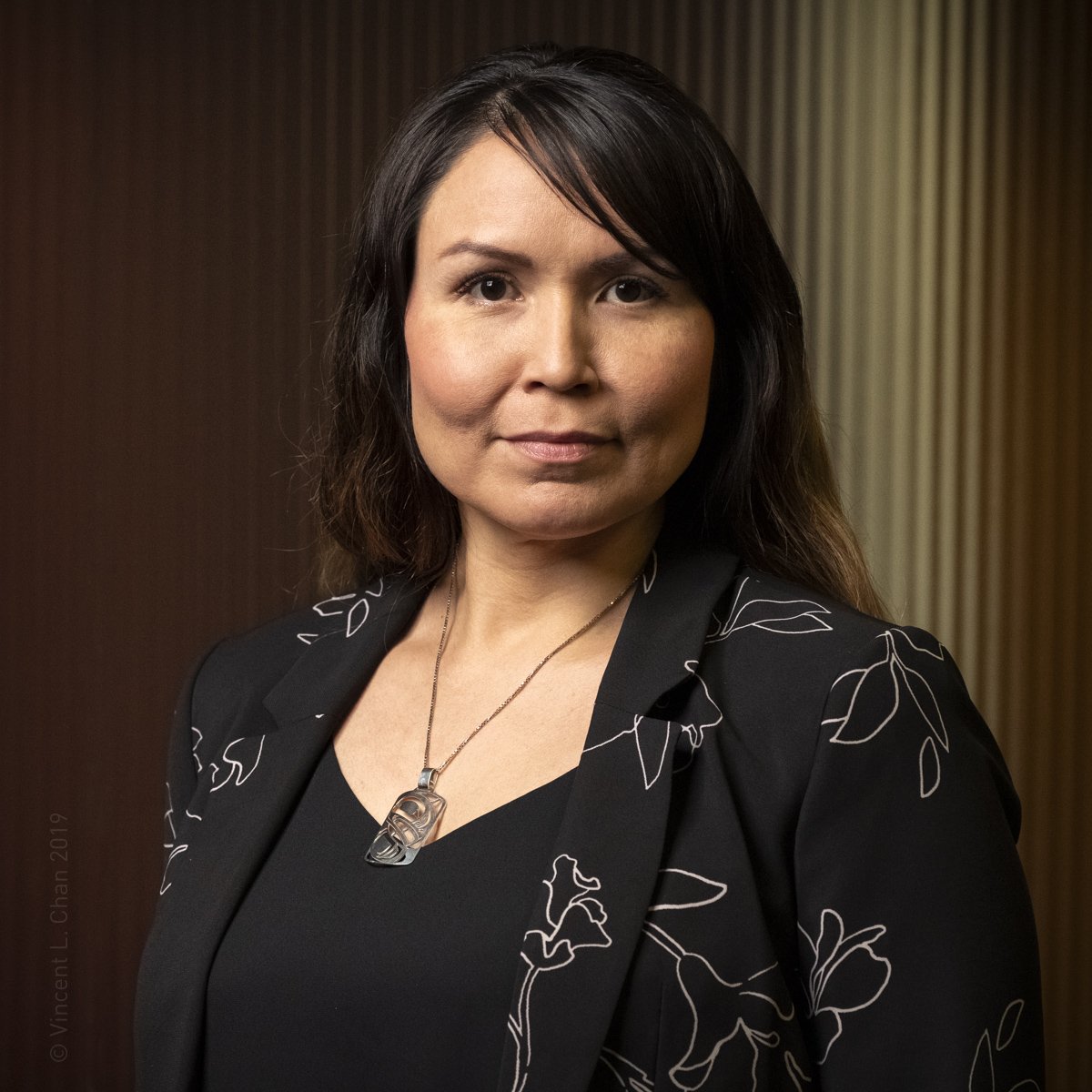 Crystal Smith, chief councillor of the Haisla Nation and a speaker at IPSS' May event. (Photo from the First Nations LNG Alliance).

Yet, it would seem, not even Indigenous backing can save some projects from government interference. Swampy notes that Natural Law Energy, a group of five First Nations, reached an agreement with TC Energy to purchase part of the Keystone XL pipeline from Alberta to Nebraska before the Biden administration killed the project.

But President Biden wasn't the first political leader to stand in the way of First Nations' energy aspirations.

A few years ago, Calvin Helin of the Lax Kw’alaams Nation, and son of a hereditary chief, rallied 35 First Nations behind his vision for the multi-pipeline Eagle Spirit Energy Corridor. It was the stuff good stories are made of.

Growing up, Helin says he saw first-hand the poverty so many Indigenous communities suffer. Then, at 12 years old, Helin was sent south to live with a family in BC's Lower Mainland. He learned what he calls "family Chinese" and opened a karate club offering free lessons to Indigenous kids in East Vancouver.

After studying and practising business and constitutional law, publishing books on Indigenous history and leading an Indigenous trade mission to China, his vision for Eagle Spirit was born. 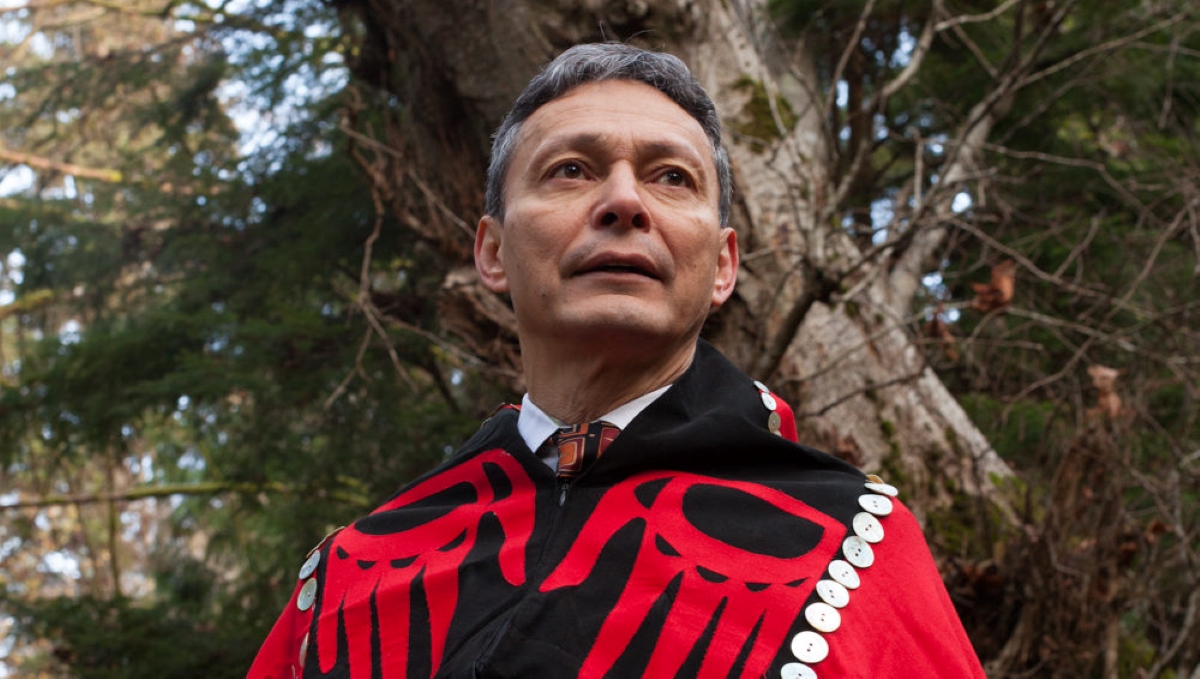 The multibillion-dollar deal would have seen four pipelines, both natural gas and oil, bring opportunity from Alberta's oilpatch to BC's northern coast and on to Asian markets.

Remarkably, Eagle Spirit won approval from all First Nations chiefs along its proposed route and the financial backing of Aquilini Investment Group, offering equity to over 400 First Nations in Western and Northern Canada. It was visionary.

"It turns the whole model on its head where the starting point is First Nations, not the ending point," said Helin.

But, seemingly out of nowhere, it was cancelled at the 11th hour. The federal government passed Bill C-48, banning oil tankers from docking in BC's northern coast.

Helin now is considering pipelines from Alberta to Alaska.

When it comes to its sweeping, unifying, and restorative vision, Eagle Spirit may have been the first of its kind but not the last.

More recently, Treaty 8 First Nations, representing 40 nations in BC, Alberta, Saskatchewan, and the Northwest Territories, expressed their intent for a similar energy and transportation corridor.

"It's definitely a work in progress, but we have unity. We have unity right now within the Treaty 8 governments," said Chief Isaac Laboucan-Avirom of the Woodland Cree First Nation in northern Alberta. 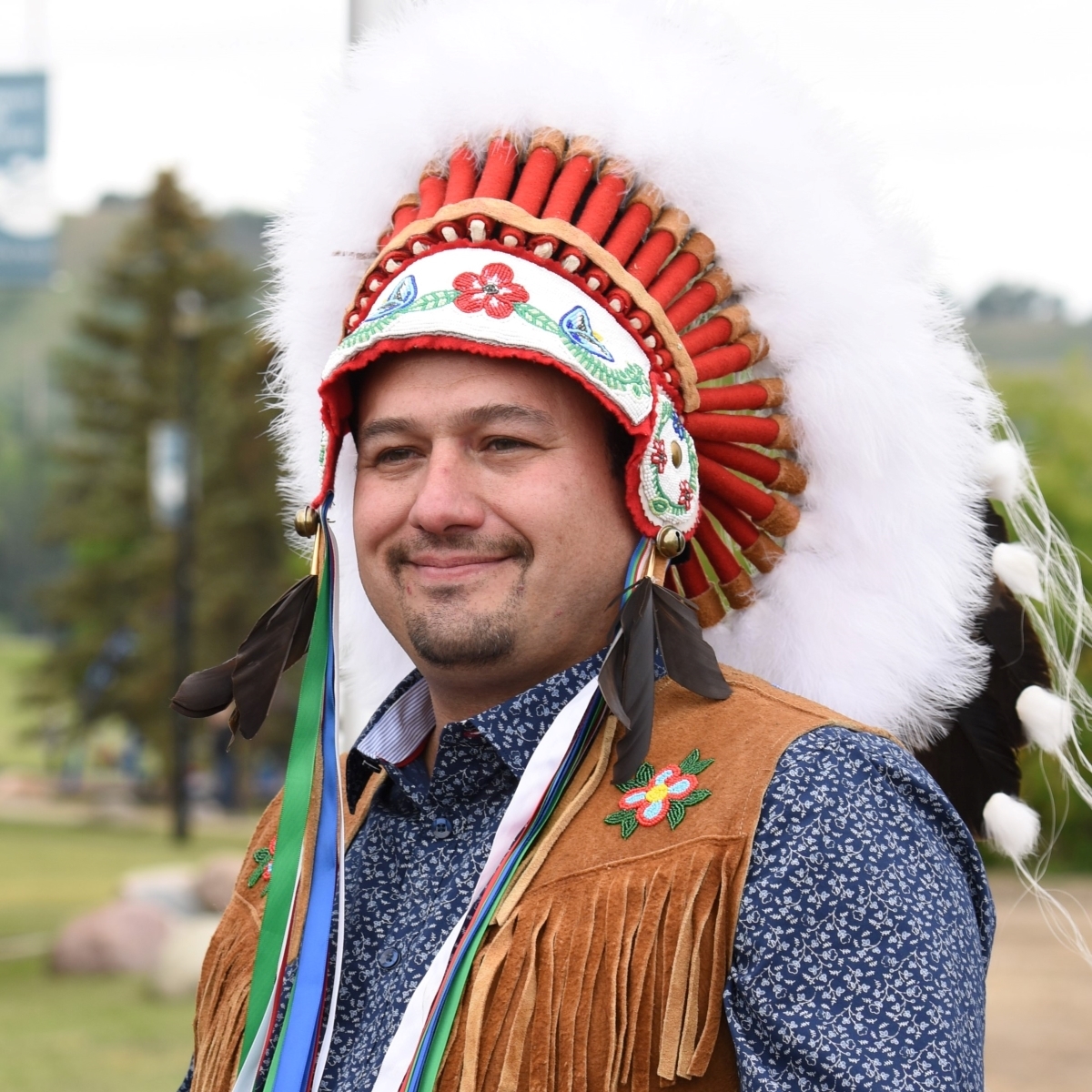 As First Nations reclaim their voices, they are putting to rest false notions of monolithic communities united against resource development. Indigenous leaders and entrepreneurs have their own message for natural resource industries: We want in.

Find out more about the Indigenous Partnership Success Showcase, coming May 26 and 27, 2022, in person in Vancouver and online at www.Indigenoussucess.ca.

Josiah Haynes is the communications manager at IPSS as well as Resource Works’ content manager.