Help us expose the professional protest industry behind Fairy Creek by downloading and sharing our GIF on social media. 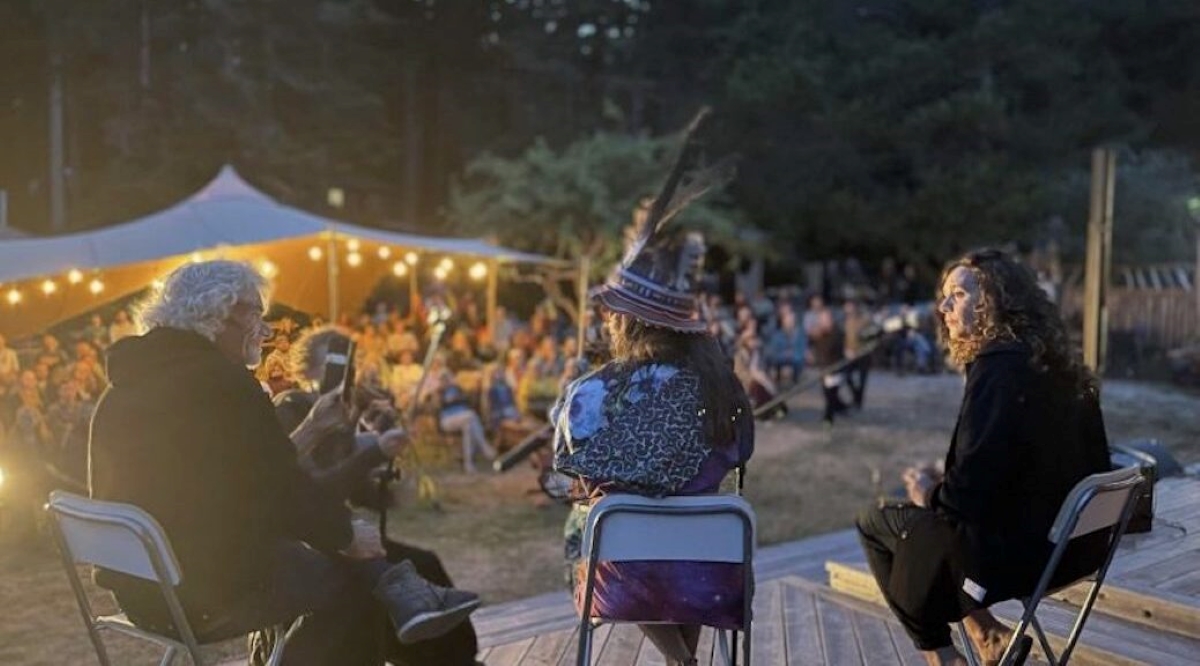 Professional protester Tzeporah Berman and others at a fundraiser for Fairy Creek blockaders.

Spokespeople from Fairy Creek have taken pains to portray blockaders as altruistic heroes, sacrificing their time and even their livelihoods for the sake of their cause.

But a quick look at their crowdfunding pages tells another tale.

In all, Fairy Creek blockaders have raised almost a million and a half dollars through GoFundMe and Fundrazer:

Before being shut down, the Fairy Creek blockaders' GoFundMe raised $713,000. Now, it's moved to a different crowd-funding platform where an additional $401,000 has been raised. The same group has another fundraising campaign bringing in $25,000 to cover costs associated with the consequences of breaking a court-ordered injunction and leaving their vehicles and belongings where they have been ordered to vacate. This one raised $1,000 in a single day for one individual.

Just last week, another GoFundMe was launched to raise funds for a shuttle service to bring students to Fairy Creek to expose them to "colonial practices", despite being asked by the local First Nations to stop meddling in their business and leave their territory.

There are over a dozen crowdfunding campaigns on GoFundMe and Fundrazer alone. One brought in $156,000; another brought in €23,333, or $34,936 Canadian. The majority of the dozen or so other Fairy Creek fundraising campaigns have raised between $500-$13,000.

Help us expose the professional protest industry behind Fairy Creek by downloading and sharing our GIF on social media.

Professional protesting is its own industry. And when there's this much money to be made peddling fairy tales, it's no wonder facts are in short supply.

Josiah Haynes is the research and communications coordinator at the Resource Works Society.