Finding balance is crucial to a greener future in British Columbia

Happy Earth Day. Earth Day can be a day to honour the precious gift that is our planet. Often, however, it is also an occasion to lament, or at least feel guilty about, the way we use it.

This article originally appeared in The Globe and Mail on Earth Day 2016. 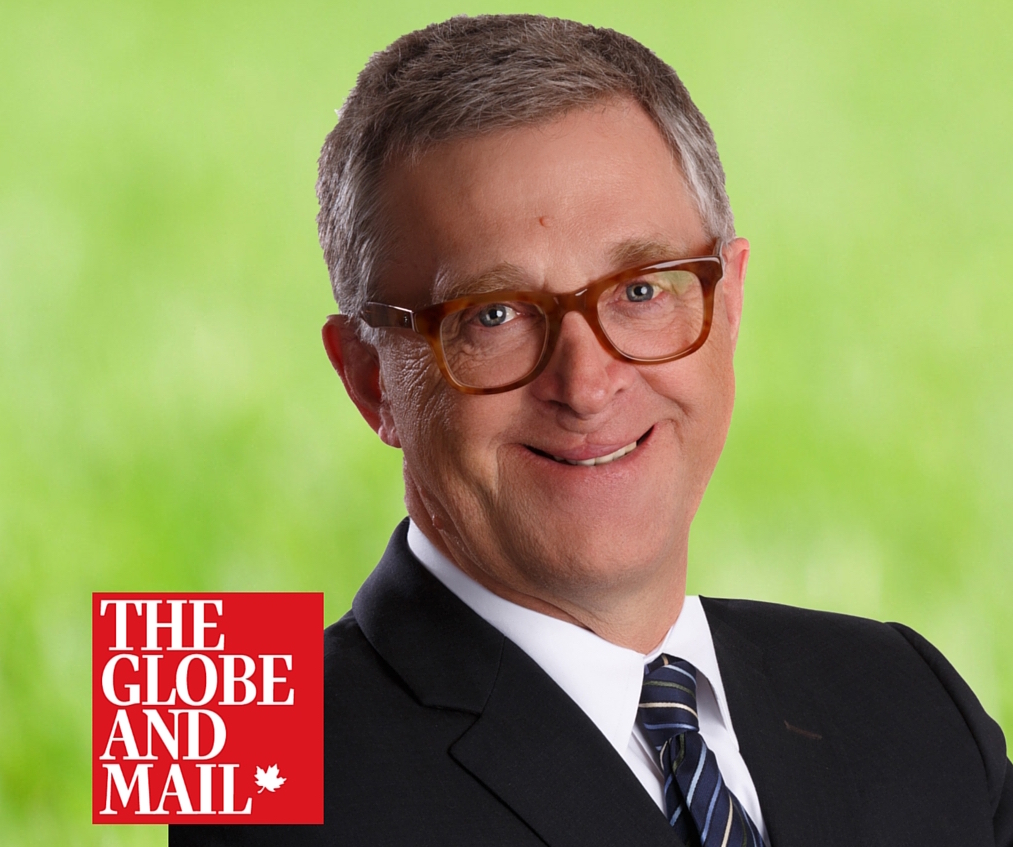 There’s reason enough to lament. But I would suggest there is another perspective, that there is also, sometimes, a reason to celebrate. In British Columbia today, we actually have an enviable environmental record to celebrate on Earth Day.

A recent report by Corporate Knights confirmed that no jurisdiction in Canada protects more land than British Columbia. There are 1,029 protected areas managed provincially. As of last June, over 15 per cent of British Columbia’s land base, or nearly 14.3 million hectares, was dedicated to protected area status. That’s 2.2 hectares per resident. It’s a remarkable achievement.

And the story gets better. Earlier this year, after years of conflict and negotiation, the Great Bear Rainforest on the central coast was fully and properly protected.

The agreement now in place permanently protects 85 per cent of the old-growth forested area in this enormous and remote part of British Columbia from industrial logging, while allowing restricted logging on the balance. That’s over 5.4 million hectares of additional protection, an area nearly the size of Nova Scotia.

For once, I don’t have to go out on a limb to agree with the Greenpeace spokesman who stated: “From conflict to collaboration, we now celebrate the protection of areas of cultural and ecological importance while ensuring economic opportunities for the communities exist long into the future.”

This achievement is especially important because our forestry, energy and mining resources will continue to drive the growth and stability of our economy.

That makes it all the more important to find the right balance between land development and land protection.

That’s why for the past couple of years, I’ve been involved with a group in Vancouver that is sparking an informed conversation about these issues. Resource Works, a non-profit society with representation from all sectors and corners of the province, works to raise awareness of the importance of our resource economy to our standard of living in British Columbia.

Too often in this province, we hear a discourse that presumes we can somehow maintain our quality of life by leaping immediately to some postresource economy. It won’t happen. And it shouldn’t happen. For as long as we continue to drive cars, take buses or ride bicycles; use smartphones, tablets or computers; expect our streets to be safely lit at night; boil water for coffee or tea; expect our homes to be warm in winter; build and live in houses; catch fish; eat fruits and vegetables in winter – in short, for as long as we continue to do everything that is indispensable to our quality of life, we will make demands on the planet. It’s simply not credible to pretend or suggest otherwise.

Somehow, we need to hold two thoughts in our minds at the same time: the need for access to sufficient resources to sustain our quality of life and ensuring that we respect the planet. Neither side holds a monopoly on truth in this debate. There is no point or purpose in trying to out-shriek each other. The task, again, is to find the balance.

But I’m not suggesting it’s easy. I am suggesting it is fundamentally important that we embrace both sides of the question, and find a path forward that can both recall our duty to protect the planet and yet also find a way to continue to sustain ourselves from its amazing bounty.

Count all of the protected areas, wrap your mind around the millions of hectares of British Columbia that have been put outside the reach of resource development – the forests, mountain ranges, rivers, lakes, estuaries and marshlands that have been been protected. It’s been the labour of a generation to reach a point where our record of land protection is second to none. It’s Earth Day. Let’s celebrate that achievement.

And then ask the question: Is that enough?

Geoff Plant was British Columbia’s attorney-general from 2001 to 2005. He is a member of the Board of Directors of the Resource Works Society, a registered British Columbia non-profit. He practises law with Gall Legge Grant & Munroe in Vancouver. 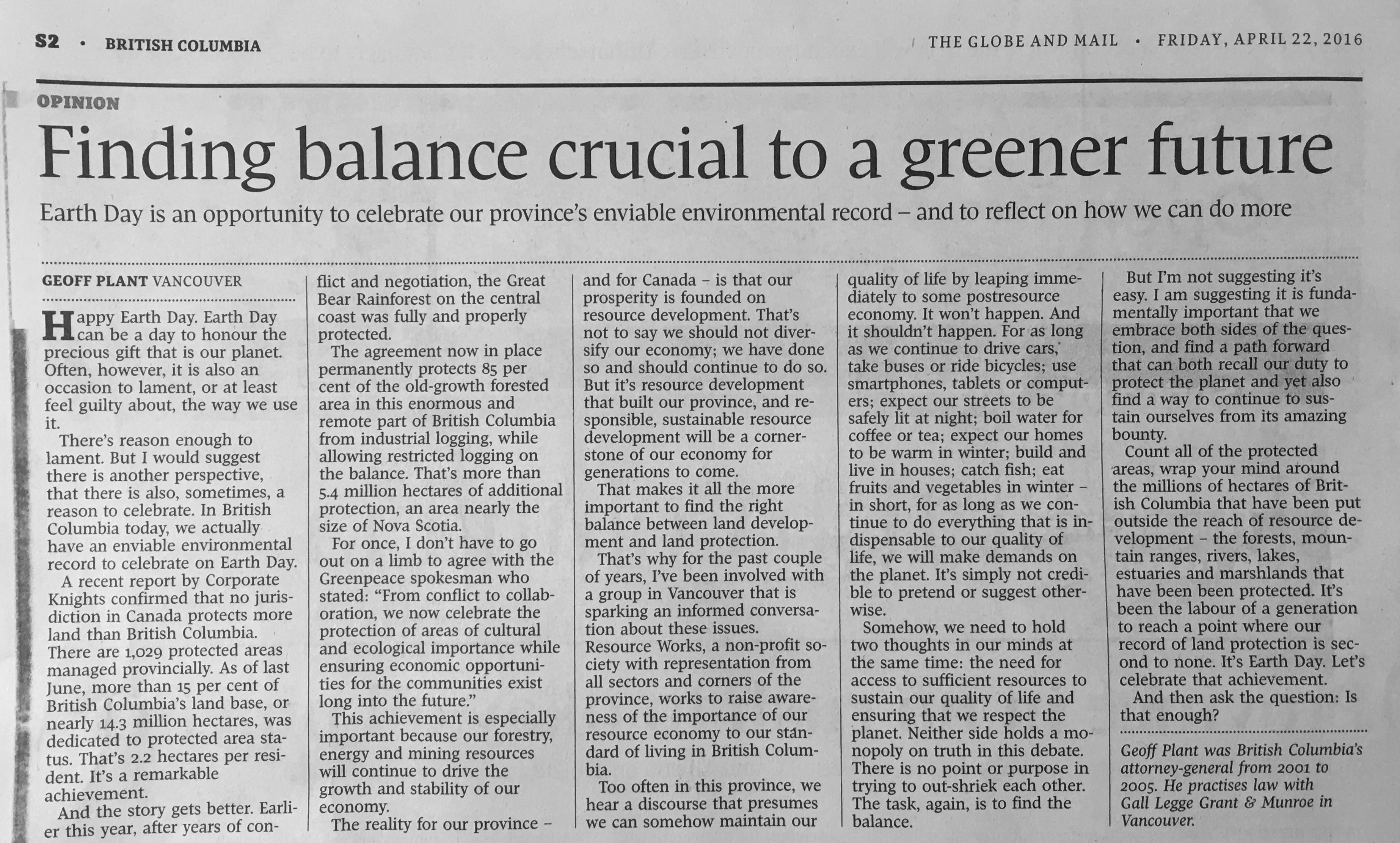