First Nations and development: 5 things you need to know

The highlights from our groundbreaking report, Becoming Partners

In our report Becoming Partners, we gathered insights from business and First Nations leaders in BC’s resource industry. We asked participants in the study to describe what motivates them to seek partnerships, what their experiences have been, and how to build on the progress that has been made.

Here are the 5 key points British Columbians should know:

Major projects are moving ahead in BC, and First Nations are playing a meaningful role in many of them. While the media focuses on instances of opposition, over 86 development projects in BC are moving forward with First Nations participation – representing billions of dollars in economic activity and thousands of jobs.

Participants all identified cross-cultural understanding as a critical component of any successful venture. Sally Thorpe from BC Hydro helped negotiate agreements with the Tahltan and Iskut First Nations for a 340-kilometer transmission line project:

“One of the things we’re trying to be much more open to is adopting the aboriginal perspective in our work. We find that … a longer engagement process, a longer consultation process, provides a richer input.”

Businesses directly owned by bands are thriving across the province. The third-largest logging company in the province, Duz-Cho logging, is 100% owned by the McLeod Lake Indian Band.

Another First Nation that has been successful at building resource-development capacity are the Huu-ay-aht, who have successfully built forestry and fisheries enterprises. And you may have enjoyed a glass of wine from NK’MIP Cellars, owned and operated by the Osoyoos First Nation.

4. Overlapping land claims need not get in the way

Overlapping land claims are often cited as a major obstacle to development – but not according to Roger Harris, who helped facilitate an agreement between 15 First Nations bands and Apache Canada for the 463-kilometer Pacific Trails Pipeline:

“The decision was, let’s recognize everybody’s territory; let’s recognize it all. That changed the denominator, so in theory, instead of a one-mile pipeline, we now had a five-mile pipeline. Then we took the total benefits of what the project is, and divide it by the larger number, and then you pay everybody on their territory claims.”

A strong theme emerged among the responses of both business and First Nations leaders: They both broadly want to see BC’s immense resource wealth utilized to generate prosperity for their families, communities, and province.

Although cultural differences and policy challenges remain, building on these shared values offers the most promising path forward to continue forging strong partnerships. 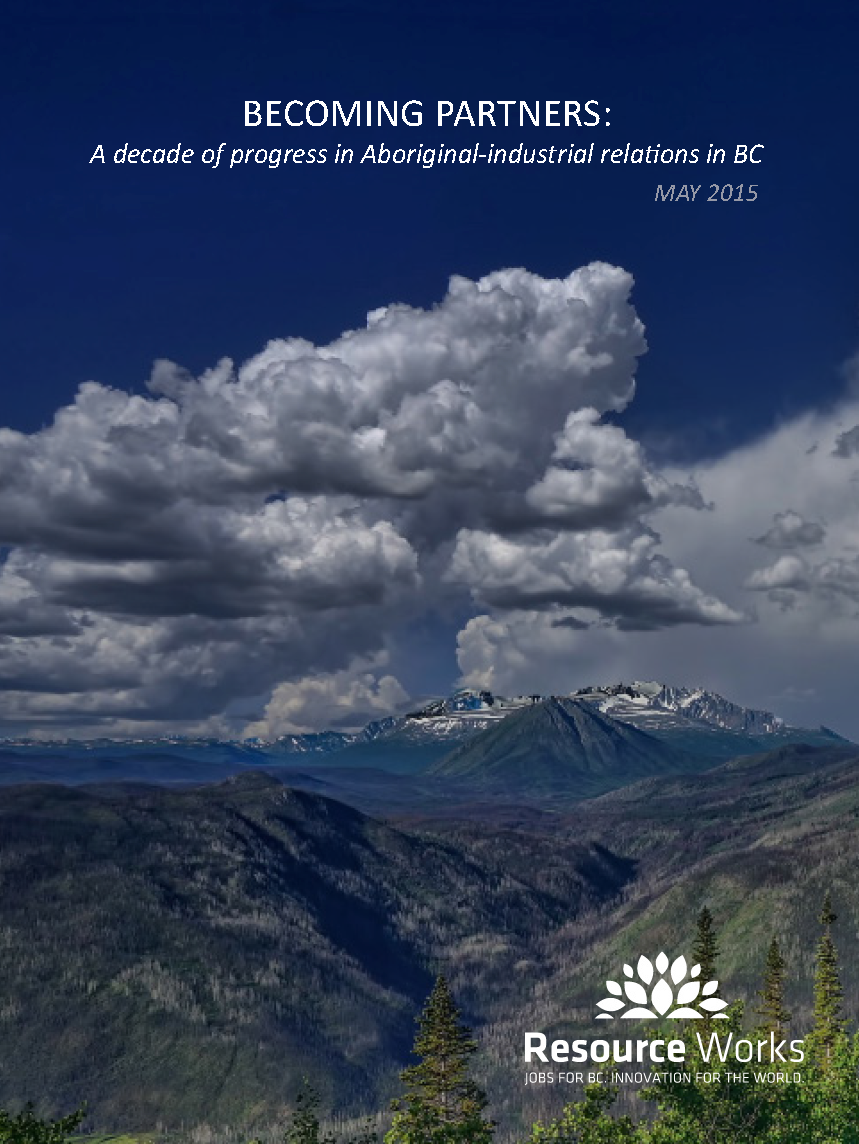