"Grandfather Tree" on the chopping block? No, it is in a protected area

The large cedar tree, located near a major forestry road west of Victoria, B.C., was affectionately dubbed Grandfather Tree by individuals trying to block access to a large swathe of the working forest. Stewart Muir provides the facts.

A large western red cedar tree located in the Fairy Creek area where blockaders have spent the summer defying a Victoria judge's order is not at risk of being cut down, despite widespread claims on social media.

Here is one recent post connected to the Rainforest Flying Squad's campaign to move public opinion against lawful forestry activities in the forest near Port Renfrew: 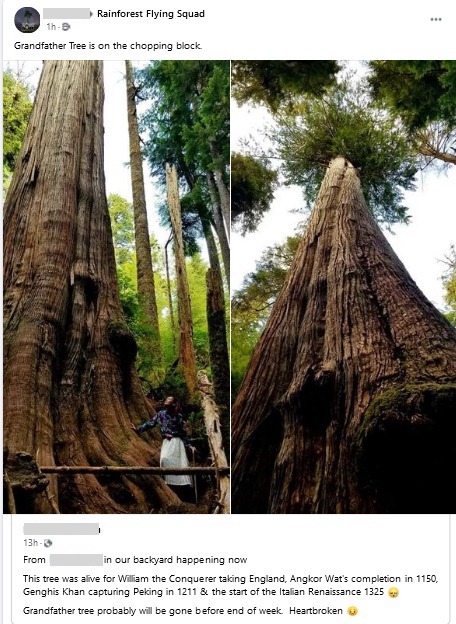 The Sept. 9 post says it "probably will be gone before end of week". A reader drew our attention to numerous other Facebook posts echoing this claim.

The idea that this tree is about to be logged is categorically false.

Resource Works sought to get to the bottom of the story and asked experts to provide information showing the situation as it exists. It turns out the tree is in an area that was previously set aside from harvesting by the local Pacheedaht First Nation. The Pacheedaht First Nation Cedar Conservation Area where it is located is, itself, nestled in with Old Growth Management Areas. Here's the map: 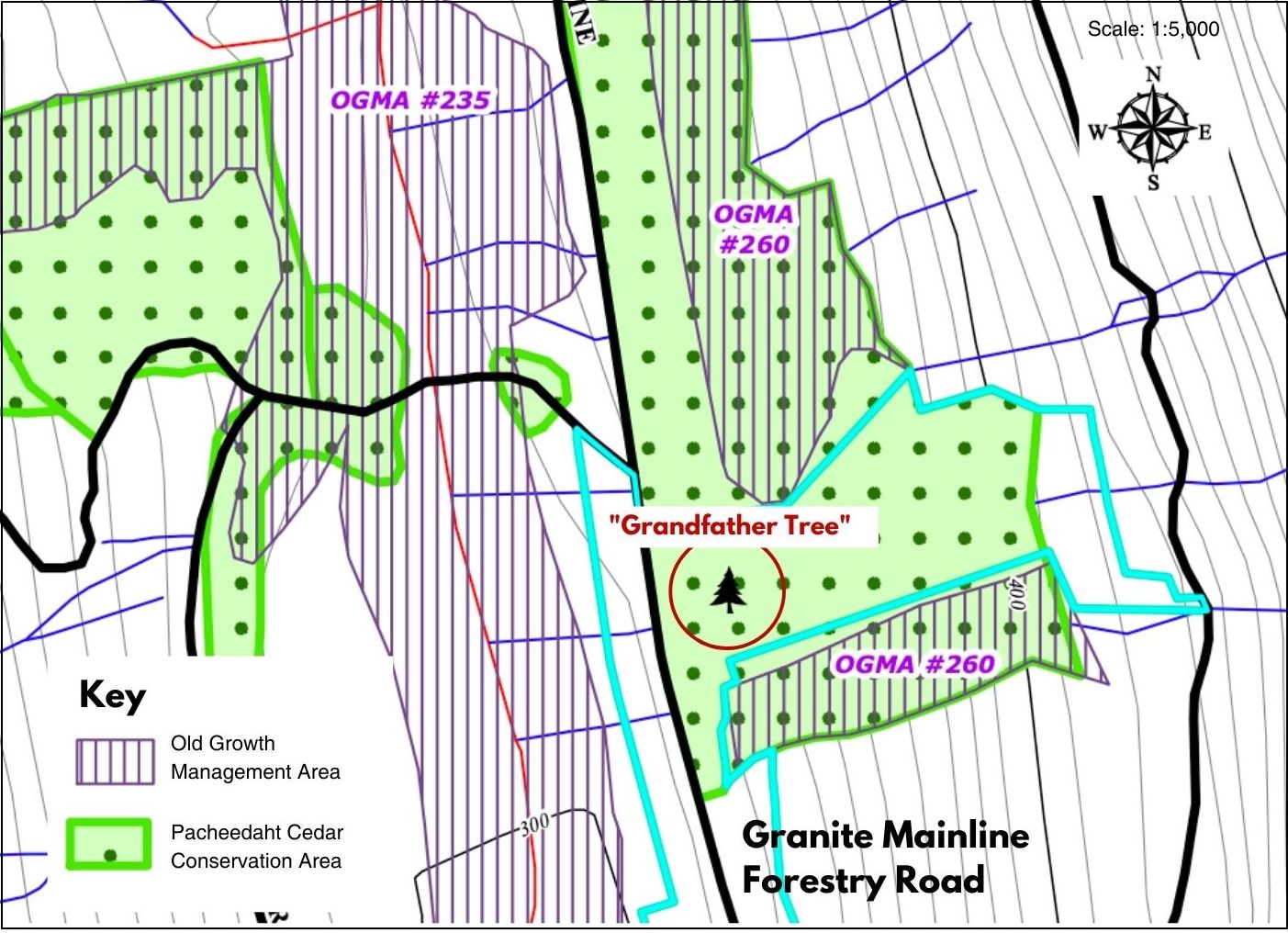 "Grandfather Tree" is not going to be logged. It will continue to provide city visitors with easy access to a heartwarming forest experience – that feeling of peace and contemplativeness, and deep-rooted connection to the world around us, that can come from a visit to the woods. (It's such a universal feeling that the German language even has a word for it: Waldeinsamkeit.)

Grandfather Tree is most assuredly an old growth specimen (i.e., aged over 250 years). However, professional foresters I have spoken to are skeptical that it is 1,000 years old, so there is little chance it was around when Ankor Wat was being built, as some are claiming. One thing  to know about the moist climate of the British Columbia coast is that trees here can grow very large, very quickly.

As with so many of the contested claims relating to Fairy Creek, I have no illusion that demonstrable facts will have much of an impact. Ongoing attempts to sway public opinion behind an anti-forestry, anti-First Nations, anti-industry agenda are increasingly confused.

However, it is still important that forestry issues be managed rationally with conservation and societal issues in balance.

British Columbia has 5.1 million residents. It would be wrong if 0.0002% of the population can strongarm policy direction just because they are defying a court order. The steady stream of misinformation coming out of Fairy Creek is an affront to voters who have given their provincial government clear direction on the need to achieve win-win outcomes for the greater good.

The Grandfather Tree episode is a wakeup call for those in government to support efforts by local communities, worker groups, and non-governmental organizations like Resource Works to ensure that validated information is available to the news media and the general public.