A portrait of our vulnerability

Wildfires across the British Columbia Interior are a reminder that the things we take for granted can be snatched away with hardly a moment's notice. 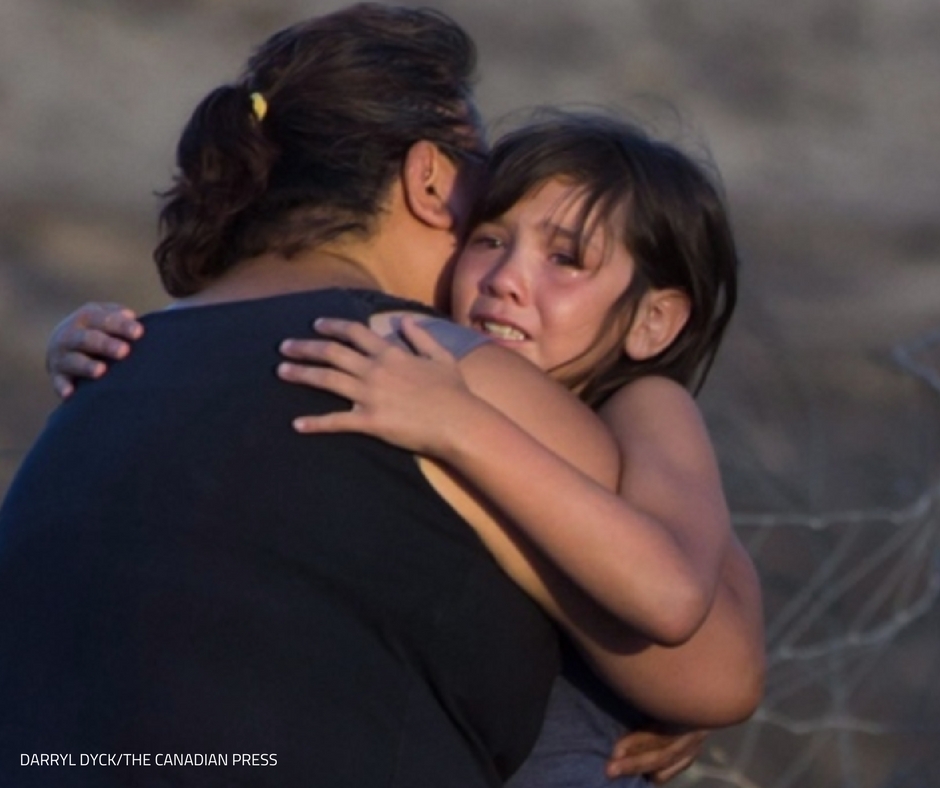 Canadian Press photographer Darryl Dyck captured this image of Nevaeh Porter, 8, comforted by her grandmother Angie Thorne as they view the remains of their home that was destroyed by wildfire on the Ashcroft First Nation this week.

As the fire situation continues to develop, thousands of residents are dealing with losses like this family experienced. And the hardship will continue even after their housing situation is remedied. According to a Canadian Press report, about 30 to 40 logging companies  from Merritt to Williams Lake have shut down harvesting operations. Many workers are displaced from their homes. One major player is Tolko Industries, which reportedly shut down affected operations and stated its top priority is the safety and well being of employees, many of whom have  been displaced from their homes. Mining operations have also been affected.

“Our message to our employees is to stay safe and look after your family and home," said one forest company in a statement. "We are taking inventory of employee location and the status of homes and family safety, so we can determine how best to provide support and assistance.”

Rural residents are heavily dependent on employment in the natural resource sector, which accounts for as much as two thirds of the province's foundational economic activity. A wildfire season in B.C. can cost the economy over $1 billion. Personal safety comes first, and after that it's a matter of starting to rebuild.

At Resource Works, we're hoping that as the ashes cool the needs of rural residents won't be forgotten. Forestry, mining, agriculture and the safe transportation of Canadian oil and gas are all essential elements in our national and individual prosperity. Now, more than ever, those who care about Canadian people and the environment must stand up for Canadian resources.