They packed the room in C.K. Choi Building at UBC on a snowy Friday afternoon looking for insights into energy policy and climate change. And Resource Works Executive Director Stewart Muir delivered a fresh perspective on Canada's sometimes-puzzling public policy on pipelines. 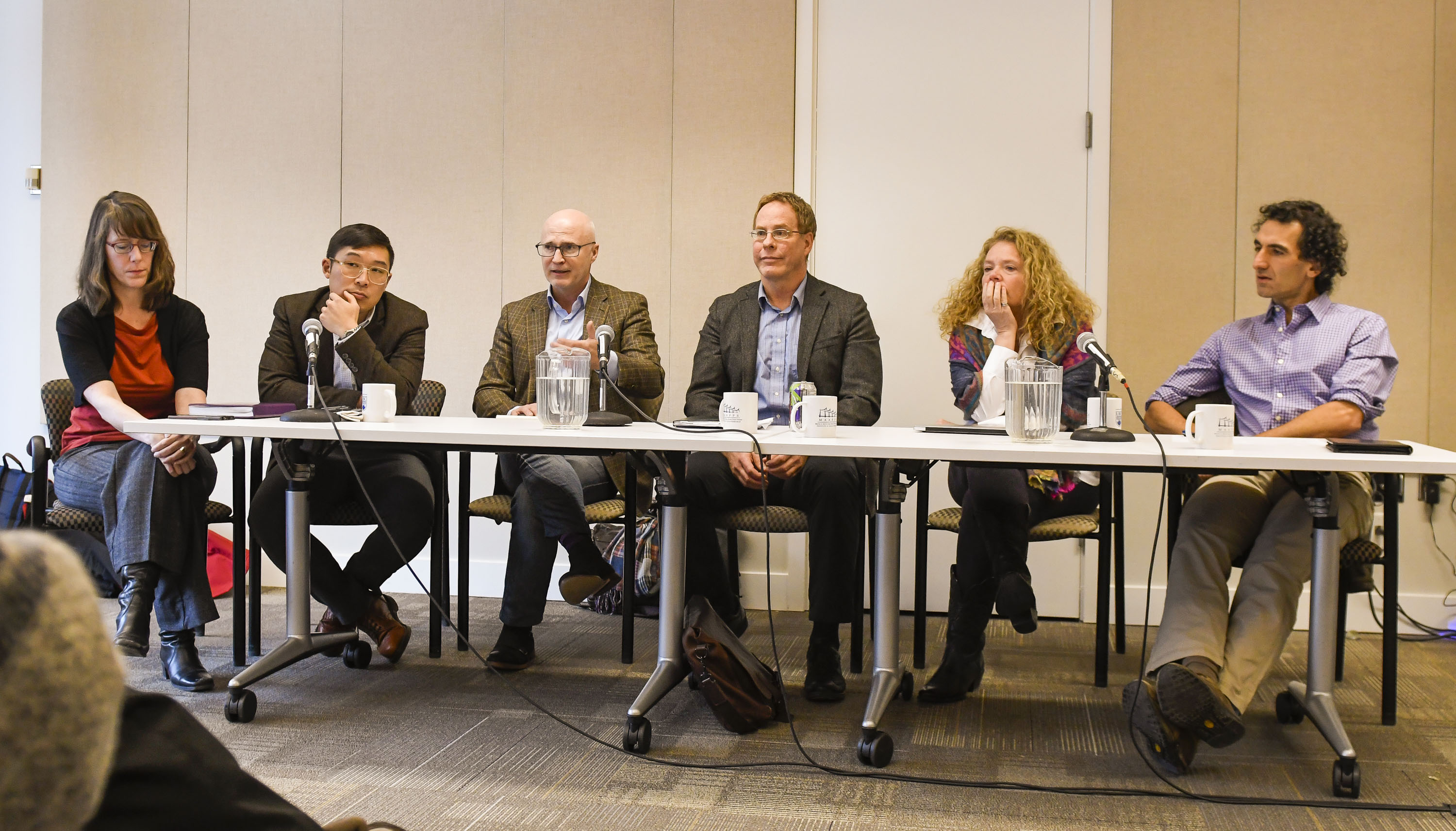 "Pipelines are not a climate issue," Muir told the audience of nearly 100 who braved the winter weather to attend the "Pipelines and Climate Policy – Where are We Now?" panel.

It was an unexpected statement given recent public discourse on linkages between oil pipelines and climate.

Muir was part of a panel of experts including academics, environmentalists and community representatives assembled by the Liu Institute for Global Issues and the Pacific Institute for Climate Solutions (PICS) to discuss the implications of the federal government's recent decision to approve the Kinder Morgan Trans Mountain Pipeline Expansion Project. The $6.8-billion project was given conditional approval in late November.

Muir used the forum to urge the academic community to lead the way in developing the innovative technologies that will make the consumption of Canada's energy resources more efficient and less impactful to the environment.

"What can people at the universities do about this to be more creatively and productively engaged in building a better future?" said Muir.

"It's a place of innovation, it should be a place of free speech and expression of ideas and I think this is the place where we can see those changes. And they are happening."

It was a homecoming for Muir, who holds a Master of Arts in History from UBC specializing in environmental topics. As a public educator and founder of Resource Works, he brought to his former campus a broader citizen's perspective on the development and transportation of Canada's energy resources.

At the PICS event, he focused on describing the case for shipping oil via a new pipeline along an existing route within an improved safety and climate policy framework.

Instead of putting up opposition to the Kinder Morgan expansion, Muir said now that politicians have made their decisions, Canadians looking to the future would be well served focusing on how energy is consumed.

"The focus is on choking production and transportation, but really where the emphasis needs to be is on consumption, and that's why the carbon tax we initiated in B.C. in 2008 has been celebrated and recognized around the world," he said. 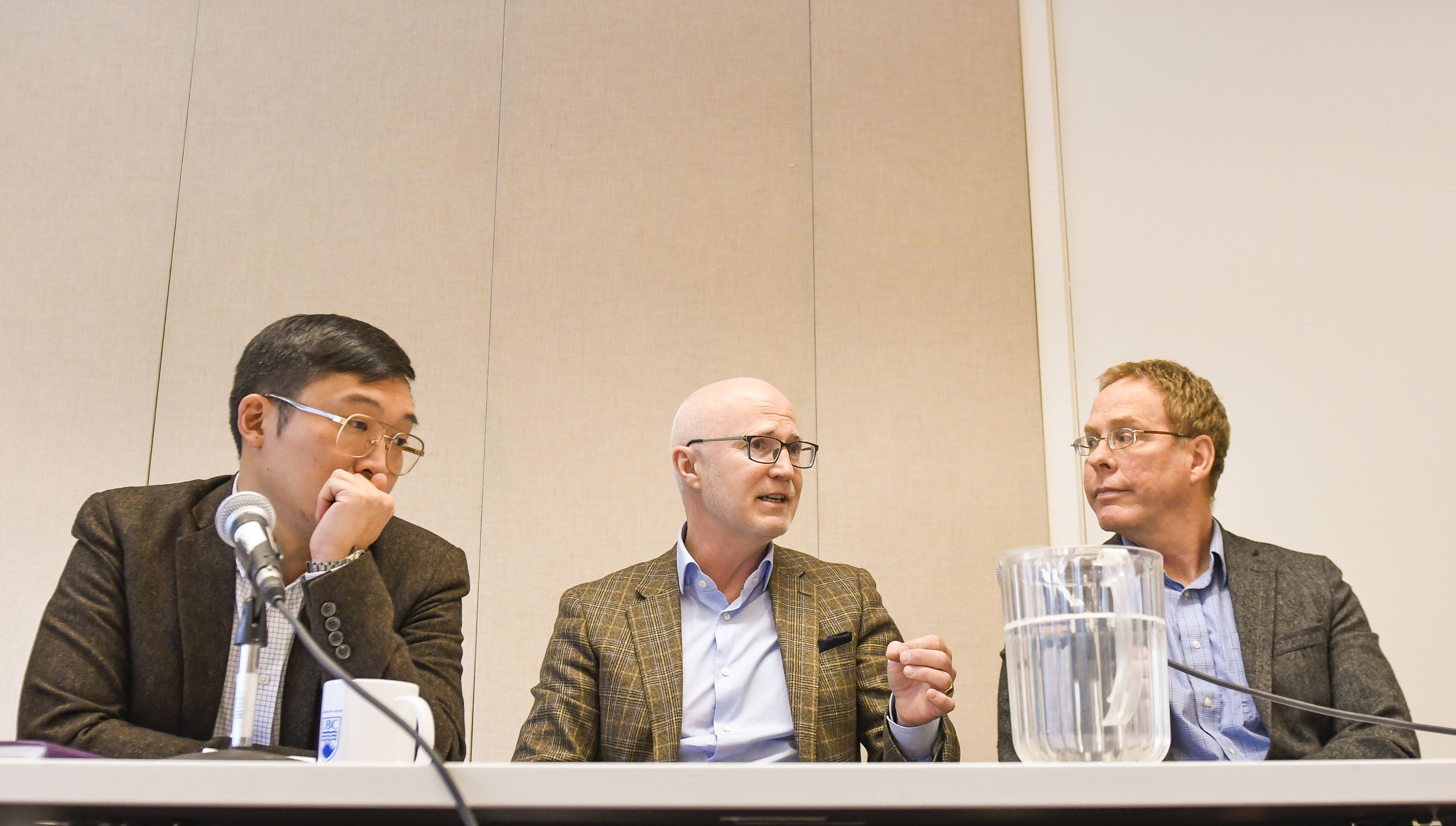 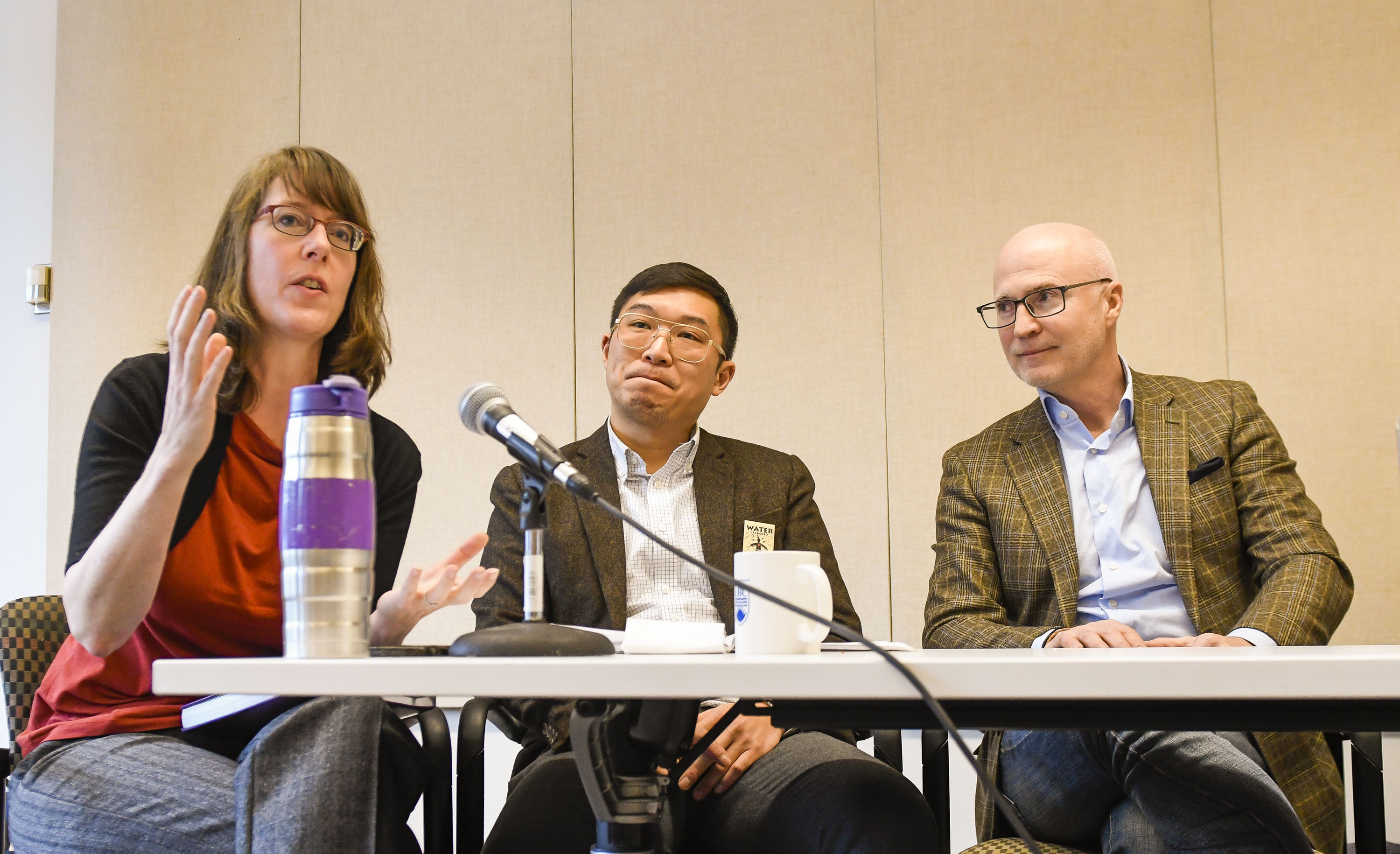 Muir's practical approach had resonance with some of his fellow panelists and the audience. Some on the panel who disagreed with the approval decision said while they were opposed to the pipeline expansion, they understand the logic behind it.

And there were members of the audience who agreed, saying it was time to accept the decision and move on to finding ways to minimize the pipeline expansions impact on the environment and the associated reduce risks.

David Grieg from Vancouver said British Columbians would be better off accepting the pipeline approval decision and focusing on ways to minimize its impact on the environment.

"How could we make this better? This is what the university should be looking at," Grieg told the gathering. "How can we introduce less chance of a spill? I think we should be looking positively and how to make it better rather than trying to fight an old fight."

That's the sort of middle ground approach Muir advocated during the two-hour long discussion. He framed the debate from the point of view of average Canadians living in a democracy who depend on getting the country's goods to market to maintain their standard of living.

"My group is interested in the social issues, the economic issues, what it means for citizens in Canada to have a functioning economy that they can raise families in and have a future in, that is on a par with their expectations and what the nation claims it has promised for them," Muir said.

"A progressive federal government and a progressive Alberta government have landed on a position that obviously not everybody is happy with, but the majority of Canadians are convinced that this is a thing they need to do." 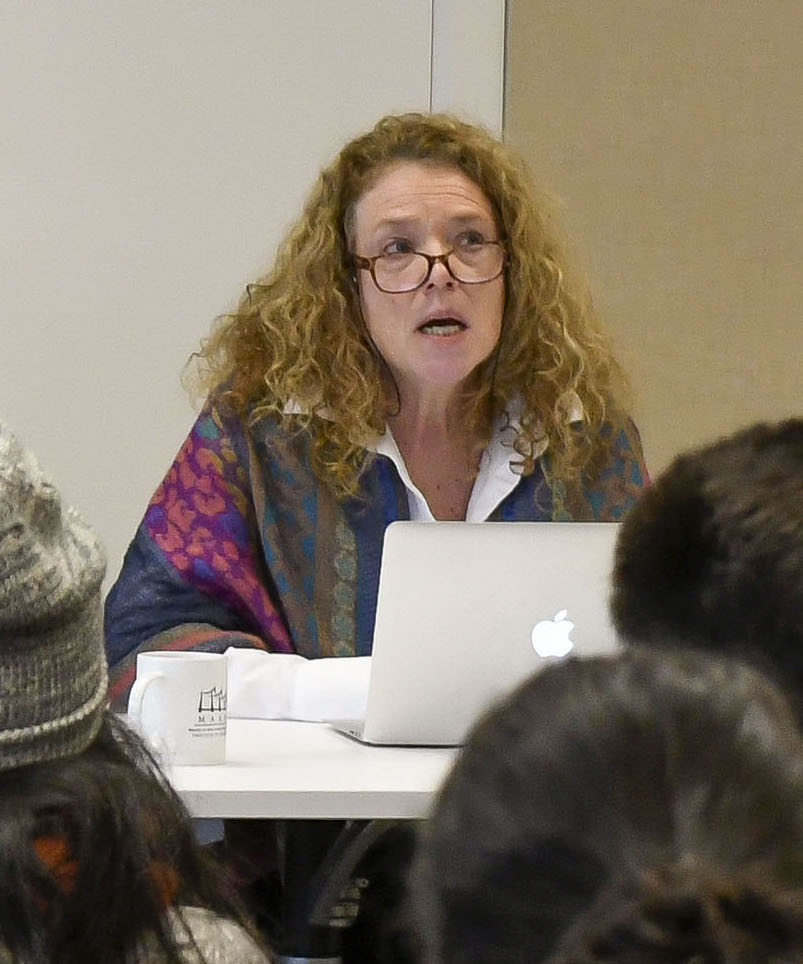 British Columbia's universities have been handed a number of goals including fostering "knowledge development to support the creation of new ideas and solutions to a range of economic, social, scientific and environmental issues." Resource Works, which is an independent group, remains committed to bringing forward new ideas and innovative practices that align to these goals and create rewarding jobs.