From Russia, with oil

EXCLUSIVE: This week saw a loaded oil tanker arrive from Vladivostok at the refinery port of Anacortes, Washington. What does this surprising event mean for the Trans Mountain pipeline project? Stewart Muir looks at the situation. 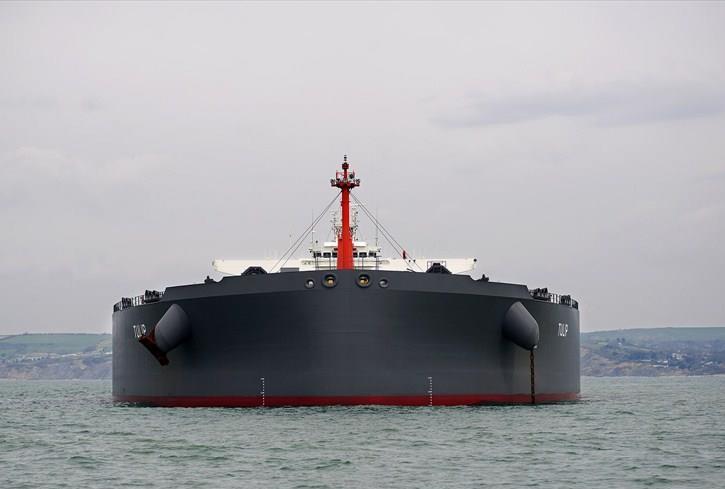 On Tuesday July 31, the oil tanker Nordtulip arrived, loaded, at the Washington State port of Anacortes.

It's almost bewildering to absorb news of Nordtulip's arrival and realize that Russia, a nation that continues to violate Ukrainian sovereignty, could become a prime supplier of crude oil to the Pacific North West.

The Portuguese-flagged ship was coming directly from the port of Nakhodka near Vladivostok, Russia, which it departed on June 22. The 229-metre Nordtulip is likely able to carry 600,000 to 650,000 barrels of oil.*

Anacortes is the location of two oil refineries. One of them is owned by Andeavor, formerly known as Tesoro. The other is a Shell property.

Both refineries are listed as delivery locations for Kinder Morgan’s long-existing Trans Mountain Pipeline, via the Puget Sound spur line from Sumas. The Andeavor refinery, however, is much more intimately tied up in the fortunes of the upcoming Trans Mountain expansion project, since it is also one of the shipper companies supporting the controversial venture.

According to Trans Mountain, Andeavour has made a “significant" 15 to 20-year commitment to be a customer for the expanded pipeline.

Andeavor is the only company among those shippers that is exclusively in the refinery business. At Anacortes, its primary products are gasoline, jet fuel and diesel predominantly for consumers in Washington and Oregon.

It will come as a surprise to many that Anacortes is the destination for oil from Russia to supply Pacific North West motorists. Don’t they have Alaska, North Dakota and Canada for that? Isn't America now a major oil exporter that doesn't need to depend on imports?

For a long time Alaska and the Trans Mountain pipeline met a lot of the demand, but we know that Alaska is in decline as a producer. The TMX commitment is clearly part of Andeavor's plan to make up this shortfall.

Those who follow tanker movements closely are aware that it's by no means the first time we've seen such a shipment between Russia and Puget Sound.

In July 2012, Bloomberg News reported on the phenomenon, stating: "Vladimir Putin, a frequent opponent of American foreign policy, is sending more crude than ever to the West Coast, a region all but cut off from the biggest U.S. oil-production boom since the end of the Cold War." In June 2012, over 5 million barrels of oil arrived at United States west coast ports, a 17-year high.

Bloomberg reported that Russian crude supplies were gaining “market acceptance” in the U.S. as they competed with other imports, according to David Hackett, the president of Stillwater Associates in Irvine, California, an independent fuel consultant.

In 2018, the Pacific North West region remains just as geographically isolated as it was in 2012, and the pipeline capacity issue still has not been solved. As a result, consumers in Washington, Oregon and British Columbia are at risk of higher fuel prices, at least until such time as the Trans Mountain project is complete.

The arrival of Nordtulip serves as reminder of the ultimate pointlessness of the long-running anti-Trans Mountain campaign to try to persuade Canadians that the world doesn't need Canada's oil. In perspective, it's easy to see that our energy governance system is designed to accommodate stakeholder inputs. Response to environmental demands are definitely part of why the new pipeline will be the safest and most technologically advanced in the world. That should be a satisfying enough accomplishment for activist groups. At a certain point, the work needs to begin and we are long past that point.

It's clear to see that the nice people of the Evergreen State cannot go a day without oil, even if they have to purchase it from a nation under the despotic leadership of Putin.

Washington State Governor Jay Inslee, a frequent critic of Canada for daring to exercise its sovereign right to ship the commodities of its choosing, has not commented on the Nordtulip's Russian-sourced cargo. If he is in favour of shipping in Russian crude, but still opposes shipping out the Canadian equivalent, even his own followers may begin questioning his troubled judgment on this issue.

Canada is one of few countries to have voluntarily adopted carbon pricing policies. It protects the environment in many other ways. Here's a photo I took on a visit to Fort Mckay in the Alberta oil sands, showing buffalo grazing on reclaimed grassland that formerly was an expanse of grey sludge. 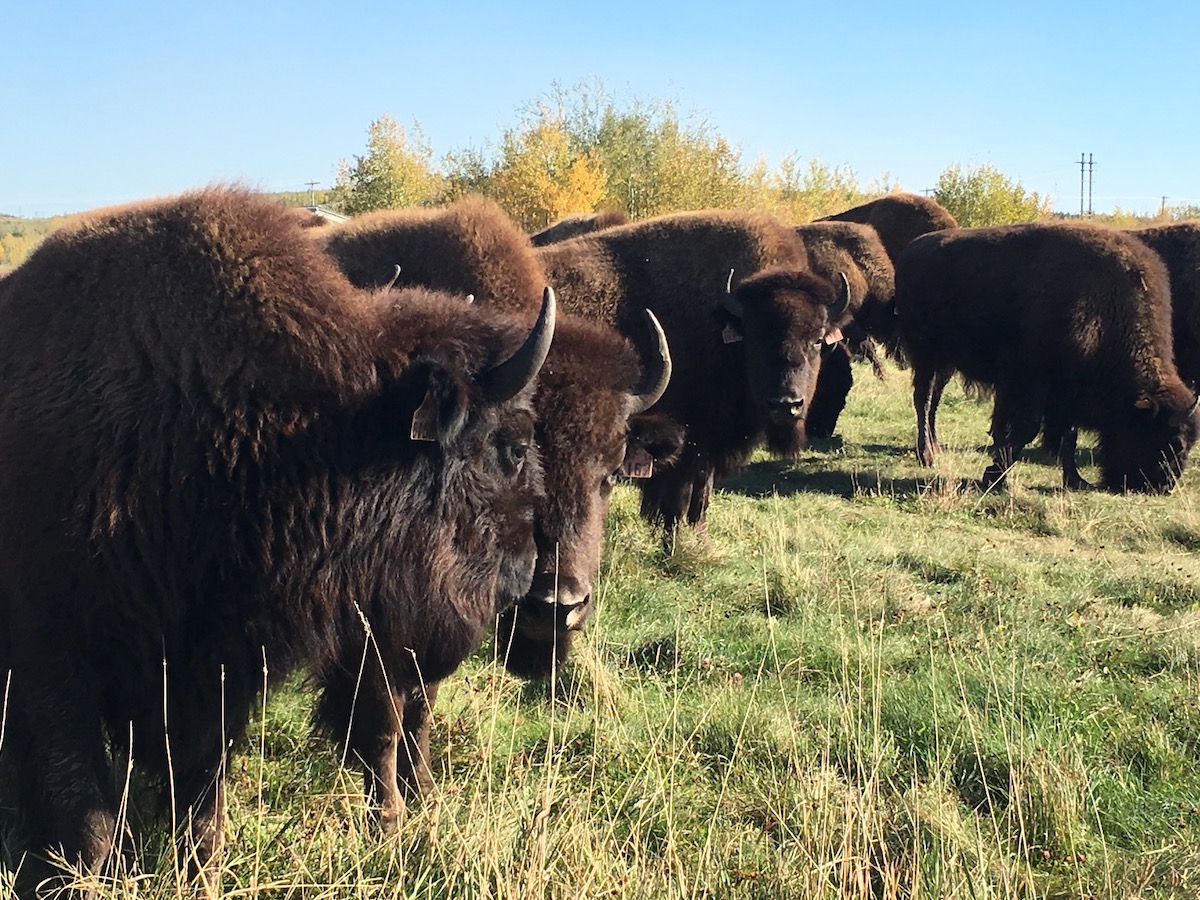 Set aside the images of doom promoted by some: scenes like this are the actual future of oil sands mining sites as the result of reclamation.

For those who truly care about the environment, supporting the development of Canadian oil production should be understood as a badge of honour. The greenhouse gas (GHG) emissions intensity of production at Canada’s newest oil sands mine Fort Hills is currently on par with the average refined barrel in the United States, according to Suncor's sustainability report for 2018 released this week.

How does all this compare to Russia? We have no idea, because Russia isn’t concerned with issues like environmental protection.

Meanwhile, Canadians watch their most valuable national export become landlocked and marked down due to foreign-funded protest actions.

As if that wasn't enough, Canada's own federal government has grossly overreacted to foreign pressures by trying to legislate severe limitations to Canada's future energy sovereignty with its bills C-48 (banning oil tankers on BC's north coast) and C-69 (dismantling the widely admired National Energy Board). Certainly, the system isn't perfect and can always be improved. The Nordtulip's arrival is a reminder of how these reforms could serve mainly to create advantages for our competitors.

Why reject the evidence that innovation is working to reduce oil sands climate impacts, when Russia is ready and able to advance where Canada retreats?

Oil sands revenues are used in Canada to help pay for medical operations and other social needs. Yes, we could listen to the various proxy organizations of San Francisco-based Tides and shut down the oil sands. But the oil will still come from somewhere.

Construction of the Trans Mountain expansion is set to be finished by the end of 2020. The original timeline called for construction starting in 2017 toward a December 2019 completion. Despite all of the protest hullabaloo, at present it appears only one year has been lost in this schedule. Even if the project had proceeded smoothly from the start, it's quite possible this week's Russian cargo might still have been needed to fill demand.

Here's further evidence of the quicksand that American-funded critics of Canadian energy sovereignty are standing on.

On the same day that the Nordtulip closed in on the west coast, it was closely following two other oil tankers bound for Washington State ports. Both of those vessels were coming south from Alaska. Three oil tankers in one day is just normal business on the American side of the Salish Sea.

The prospect of one tanker a day, if it comes from the Canadian side of the exact same body of water, is claimed to invite certain catastrophe. Eco-political campaigners, when pressed on the double standard, simply clam up.

After I tweeted the above image on Tuesday, it was retweeted over 300 times – an indication that I'm not the only one to be struck by the peculiarity of the situation.

Maybe the summer 2018 voyage of the Nordtulip will help bring about a more informed conversation on how to plan the future of energy, both locally and globally.

Stewart Muir (@sjmuir on Twitter) is executive director of the Resource Works Society.

*An earlier version of this post misstated the ship's carrying capacity.