Tax fairness demanded by union leaders, along with a raft of environmental and market development measures, is BC government's idea of recognizing resource sector needs. 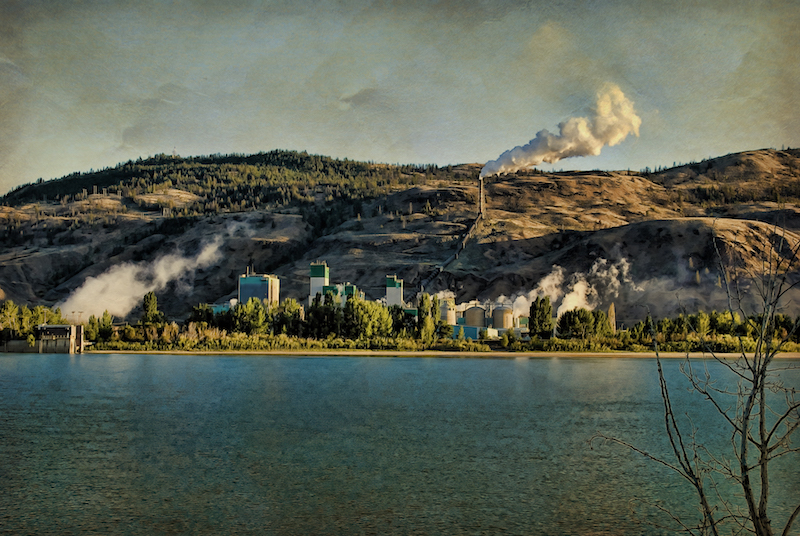 Fiscal measures aimed at the average voter dominated the headlines out of the Feb. 21 British Columbia budget release. It fell to a handful of lower-profile, yet still important, items to fascinate resource-industry and affiliated stakeholders gathered at the Victoria Conference Centre's 2017 budget lockup:

The most widely welcomed was the province's decision to accept a recommendation from the Commission on Tax Competitiveness to exempt electricity and energy for industrial and business use from the Provincial Sales Tax (PST). It means businesses such as the Domtar Pulp Mill in Kamloops (pictured above - photo by Travis Huyghebaert - Flickr) join commercial and residential customers in enjoying this exemption. As a result, many resource industries will be better able to compete in global commodity markets against other producer nations that are not weighed down by excessive energy expenses. (We provided the full background in this recent post.)

The measure will also encourage LNG proponents to use electric drive, rather than natural gas, to run plant compression. The province says this will buttress the province's claim to be able to produce the "world's cleanest LNG". Mining companies and manufacturers also expressed relief. 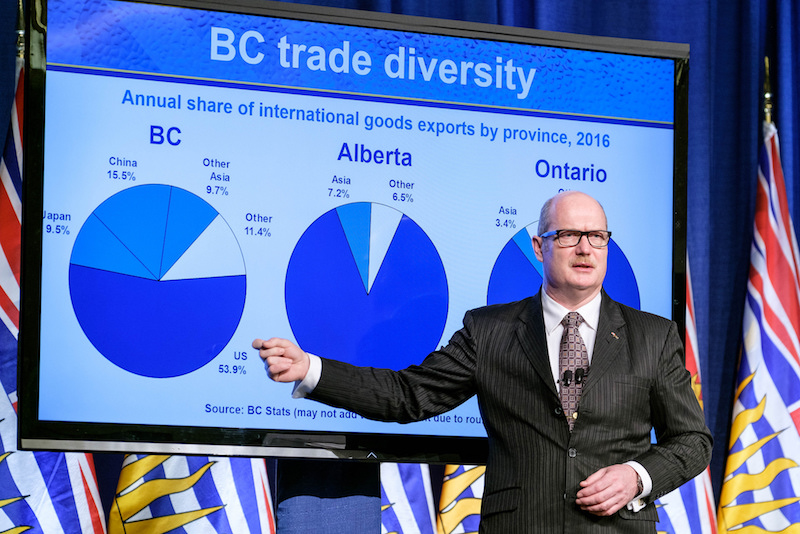 It did not require a President Trump for British Columbia economic planners to look abroad for export markets that offset the risks of the USA relationship. The shift has been underway for years, as evidenced in the two images above – Finance Minister Mike de Jong with a chart exhibited during budget lockup; and a chart showing the marked contrast between BC and other provinces.

Seven of BC's top 10 export markets are already in Asia and Australasia, and in 2016 they accepted $14 billion worth of BC exports in contrast to the $22 billion sent to the US and the two European nations on the list.

Specific news was that BC is to fund a new trade office in Malaysia joining others already in South East Asia.

Yet in a larger sense, all the resource-industry measures were targeted at making the commodity export sector more competitive on a global scale.

Measures to assist industry competitiveness on the innovation front should be taken as good news by those watching the resource sector. Highlights:

And a reminder of the heft of resource exports...

Last year when metallurgical coal exports surged because of market conditions across the Pacific, British Columbia got a huge boost and companies like Teck reaped the benefits. After years of low metal, mineral, and petroleum prices, it serves as a timely reminder of the reason why it's essential to provide stable conditions for companies so that they remain on the scene to provide jobs in both good and bad times. Another big BC export, copper, is seeing soaring prices again following a six-year hiatus, and prices are forecast to rise by one third to 2020.

This chart presented in budget documents shows the dramatic story of merchandise export growth in 2016, a true resource story since about three quarters of these exports consist of resource commodities: 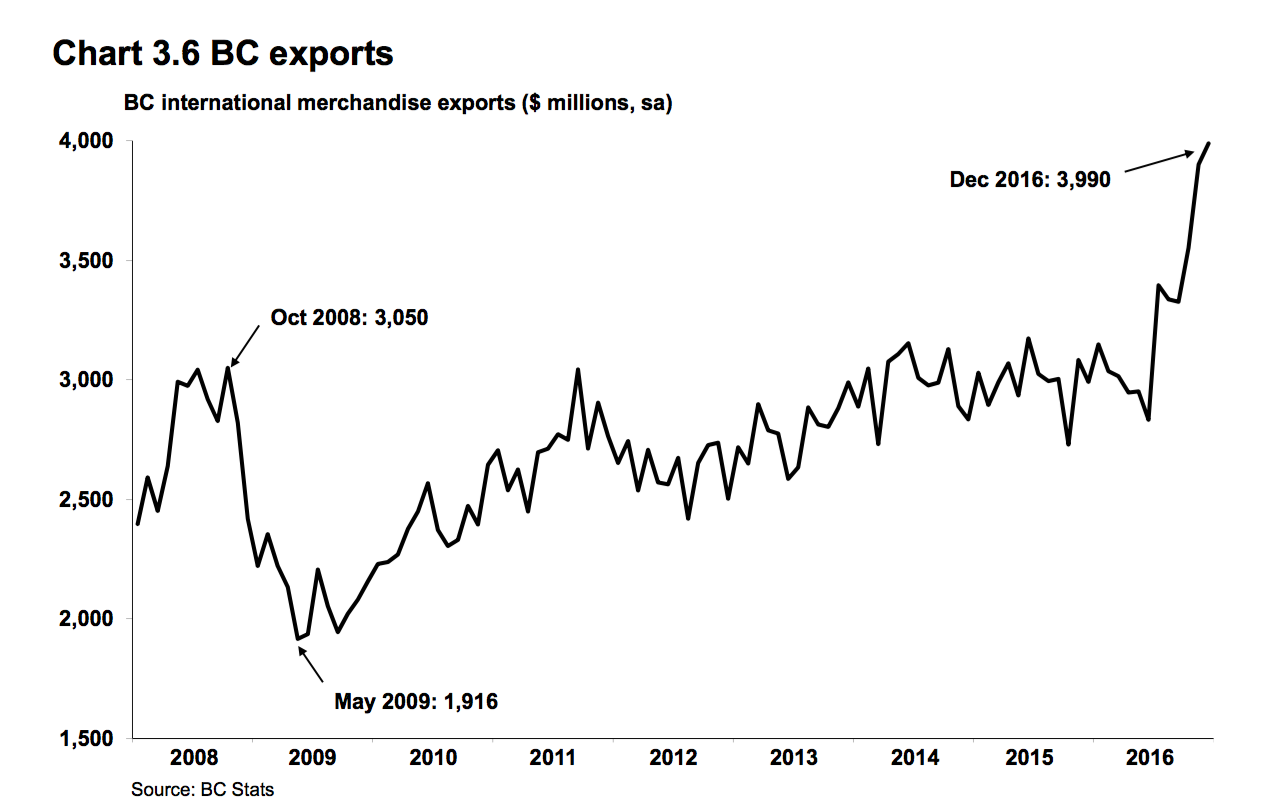