Greener and more efficient use of our precious natural resources can only come from harnessing technology. In the Naturally Resourceful series, Resource Works writer Don Hauka looks at the British Columbia companies that are on the leading edge of this transformation. Sixth in the series. 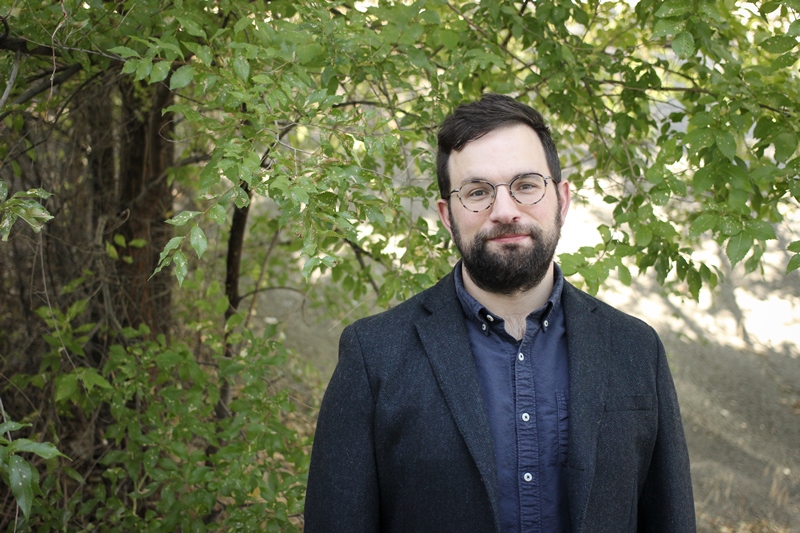 Back when he was working in the oil patch wearing a hard hat, Jaethan Reichel would run into problems created by people in boardrooms who had implemented software that had made their lives easier and his more difficult.

Now as CEO of Lightship Works Inc., Reichel is the guy in the boardroom, head of the team implementing the software. But this time it’s making the worker in the hardhat’s job easier, safer and more productive.

“The story of Lightship is just trying to build the thing that we wish we had had in those previous jobs,” says Reichel.

“We’ve used that experience to create a management system that allows companies to navigate their data to find the actions that will make their workers safer and more efficient. We're trying to find a way to send it back in time, actually,” he adds with a chuckle.

Lightship Works’ software system connects everything on a worksite, including employee mobile devices, sensors and safety systems. It allows company personnel to respond to any incident quickly and intelligently using real time and spatial information. And it can connect new and existing sensors to increase the effectiveness and speed of response to environmental and equipment damage.

The system is also cloud-based so it can be accessed from anywhere, no matter how remote the work site, even below-ground. That makes it especially valuable to resource companies like mining and forestry operations.

Reichel uses the example of a pipeline company having a small spill event. Using Lightship Works’ three applications, Works, Map and Collect, a manager could be immediately pull up a map of the infrastructure affected as well as what vehicles, equipment and workers were in the area to respond.

“You could also sort personnel by their skill-set and see live updates with photos of what things actually look like on the ground,” says Reichel. “It gives a cohesive picture that allows you to respond in a manner that wouldn't be possible otherwise.”

Not only can Lightship Works’ technology enable companies to send the right people with the right skills and equipment to the right place quickly and safely, the Kamloops-based firm can also do it cost-effectively.

Right now, Lightship Works’ system is helping fight the devastating B.C. wild fire crisis. Their software is being used for evacuation tracking, damage assessments and information- share between the agencies and non-government organizations (NGO's) involved in the recovery process.

Lightship Works client list includes local companies like KGHM International (developers of the Ajax Mine), governments across Canada and resource firms in North America and South Africa. They even have interest from companies in Mongolia.

Part of Lightship Works’ appeal is its usability, something Reichel and his team take very seriously.

“There's something that's really broken about the fact that if you're buying groceries or going for a run, you use your iPhone get to use these beautiful applications that have great usability,” he says. “Then you go to work where you're doing a job that's difficult, skilled and potentially dangerous and you're using something that’s from the 1980s or looks like it's from that era.

Reichel says BC is uniquely positioned to be a technology leader, especially in the resource sector. He believes a better understanding of how our tech-sector is making resource development safer and more efficient would improve the debate around these contentious issues.

“People look at the infrastructure that was built 30 years ago and assume the new things that are to be built are going to have the same problems. I challenge them to take a look at some of the technology development that's happened in the last 10 years,” he says.

“A Gremlin is not the same as a Tesla and the same thing applies to new and old pipelines.”

For more information on Lightship Works, visit their website.