Greener and more efficient use of our precious natural resources can only come from harnessing technology. In the Naturally Resourceful series, Resource Works writer Don Hauka looks at the British Columbia companies that are on the leading edge of this transformation. Third in the series. 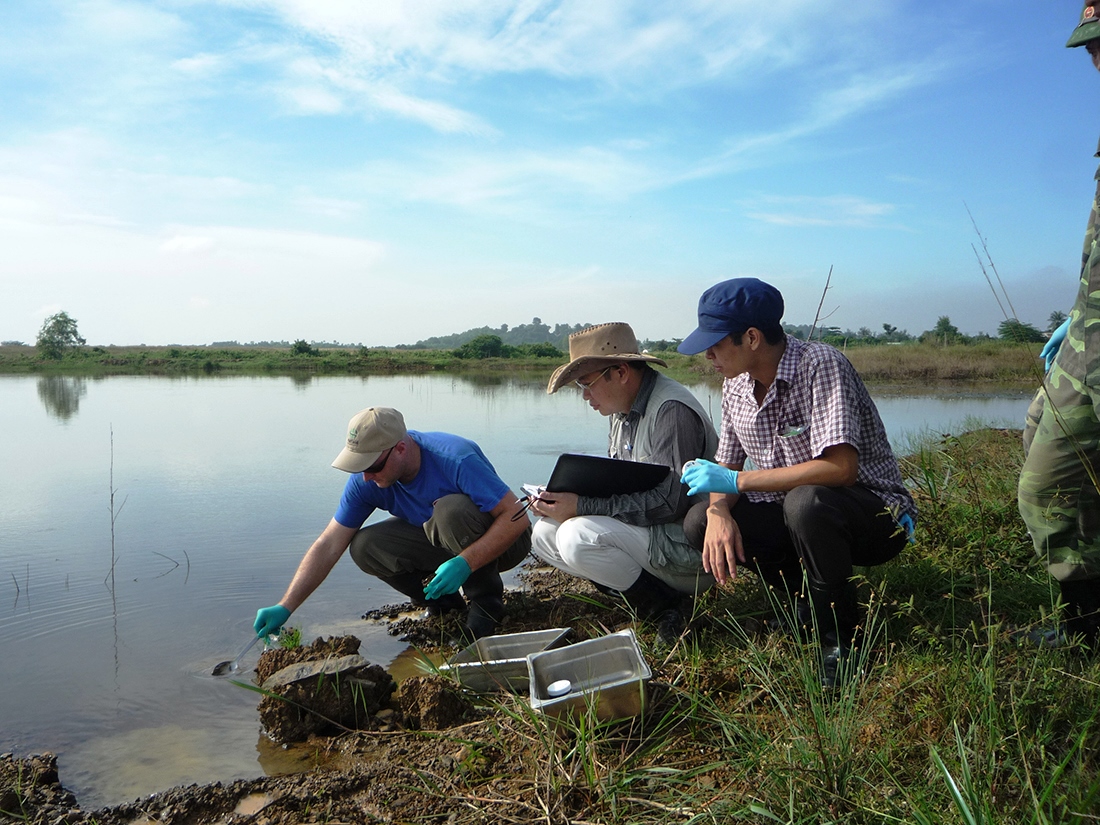 Think the cold, grey waters of Howe Sound and the sunny, tropical fishing ponds around Danang, Vietnam, have nothing in common? Grant Bruce can show you how these two spots on opposite sides of the globe are connected by the thread of BC innovation. And he can tell you how the province’s high-tech firms are exporting our environmental protection regulations as well as cutting-edge technology.

That expertise gave Hatfield Consultants the edge during the 1980s when BC pulp and paper mills were faced with new regulations to deal with the dioxins produced by the paper bleaching process of the time. Highly toxic, dioxins accumulate in the food chain and can cause multiple health problems, including cancer.

Concerns over dioxin contamination closed fisheries on the West Coast, including the famed Dungeness crab fishery in Howe Sound. The public, industry and government needed to know if new technologies aimed at eliminating the dioxins were working.

“What Hatfield did was to verify the effectiveness of these treatment options and it showed very conclusively that the technologies that were being implemented were successful,” said Bruce. “So we gained that knowledge here and became experts in environmental monitoring for trace levels of things like dioxins."

Fast-forward to the mid-1990s and Vietnam, where the government was grappling with the legacy of Agent Orange, a powerful defoliant sprayed over about 10 per cent of the country by U.S. forces during the war in Indo-China.  Among the contaminants in it were dioxins. So the Vietnamese turned to Hatfield Consultants.

“We were able to leverage the experience we’d gained in BC to work with the Vietnamese to understand the environmental and health impacts related to that spraying campaign,” says Bruce.

“Now, partly because of all the evidence that Hatfield and others were able to amass over the last couple of decades, the Americans are have recognized they have an obligation to clean up the mess they left behind.”

Hatfield Consultants are part of the clean up around Danang, site of a large U.S. Air Force base during the war. Working with an engineering company, they designed an innovative facility to remove dioxins from the contaminated soil and prevent further leeching into the environment. Hatfield is about to start a similar project in Bien Hoa near Ho Chi Min City.

“That was kind of cool, going from monitoring Dungeness crab in Howe Sound to monitoring breast milk in residents around a fishing pond in Danang,” says Bruce.

It’s just one example of how B.C. firms who service the natural resources sector take innovations developed in this province around the globe. But Bruce says BC is also an exporter of leading environmental rules and regulations.

“I would argue that we’ve played a leading role in some countries in helping to establish these environmental standards,” says Bruce.

“The Indonesian environmental assessment process, which is reflective of what we do here in Canada, was largely developed by Canadians, including one expert who is still with our company.”

Bruce says the public is largely unaware of BC’s leadership role in developing, implementing and enforcing some of the highest environmental protection regulations in the world. He says industry and government have to play a larger role in getting that message out.

“We need to do a much better job in general of promoting a pretty good news story despite all the doom and gloom you hear in the newspapers and the press,” he says.

“Based on my experience of working around the world, I think environmental compliance and environmental standards in Canada are extremely high."

Find out more about Hatfield Consultants - including how they're now using space technology to protect the environment and help resource industries - by checking out their website.