Why resources are here to stay

Canada's strength as an export nation is based on natural resources. The facts speak for themselves. Here are two infographics that tell the story

One of the myths we often hear at Resource Works is that the resource industry in Canada and British Columbia is somehow "over", or trivial in scale, or about to be surpassed by the brewing industry.

(Yes, we actually did hear an actual elected politician in British Columbia state that the brewing industry – which we love, by the way – contributes more to the economy than the oil and gas sector. We hope it comes as no offence to the good people who make our beer that it is not even close.)

As far as we can tell, such claims are fanciful thinking based on a state that some folks wish was the case.

You've probably heard these statements too. It's time to talk common sense on this important topic. If people who make their livelihood in natural resources don't speak up, the heart of Canadian exports will continue to be at risk.

So we thought we'd provide a couple of talking points for resource-aware people to cite next time the topic comes up. These two infographics tell the story. 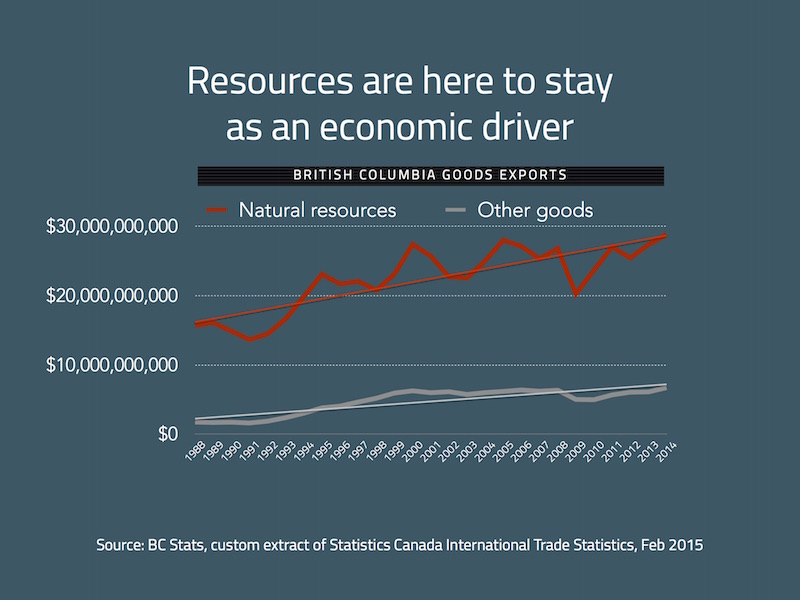 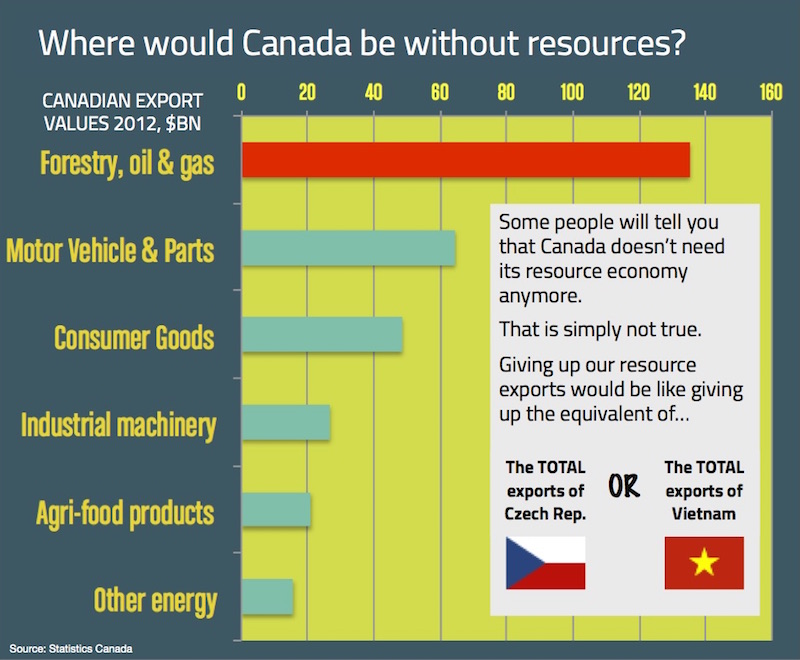