Want to afford Vancouver housing? Aim for a well-paying job in natural resources

Although we constantly hear about the scenic city's affordability problem, almost never are its embarrassingly low salaries flagged as a causative factor.

According to Bloomberg News, Vancouver is in an ignominious class of its own amid a larger and growing urban affordability crisis.

It has Silicon Valley housing prices but Rust Belt incomes.

The characterization arises from a study of home prices and earnings across more than 100 major U.S. and Canadian metropolitan areas.

"You need one of two things: either Vancouver real estate prices need to halve to attain a certain level of affordability, or you need to double incomes," said Andy Yan, director of Simon Fraser University’s City Program. His study accounted for the difference in buying power of a dollar across geographies and currencies. 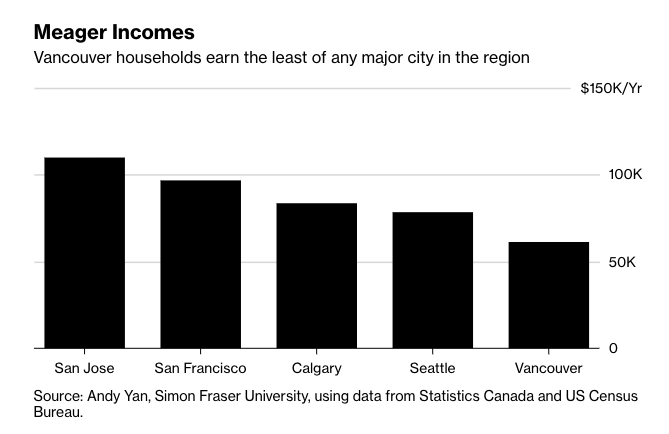 While British Columbia's policymakers look at various levers to control prices and supply, nobody is talking about opportunities Vancouver has to grow income in the most realistic area the city has access to. That would be the natural resource sector, which is uniquely resilient to many global trends that cause low incomes in the first place. Not only is it impossible to offshore Canadian-based resource jobs that are linked to Canadian-based natural resources. Unlike other jobs such as in manufacturing, occupations attached to forestry, agriculture, mining, aquaculture and energy all come with high wages.

According to the BC government's Earnings and Employment Trends bulletin for July 2018, occupations in forestry, fishing, mining, quarrying, oil & gas carry the highest wages of any industry group, at $1,552 a week. That is more than double the weekly earnings of a retail worker and triple what is paid to accommodation and food services workers.

One small thing Vancouver could do is embrace and celebrate the two industries that most exemplify its resource strengths: forestry and mining. Every year, Vancouver hosts the mining exploration Roundup conference in January. Although this event attracts upwards of 7,000 business tourists to the city, which is a global capital for exploration fundraising and technical expertise, I've yet to see a figure like the mayor of Vancouver come out to a Roundup event.

Recently, I visited Denver, location of the Colorado School of Mines. This institution is consistently ranked as the world's number one educational institution in its field, above universities such as MIT, Stanford, Cambridge, and Oxford. It was impossible to even walk through the airport without seeing signs celebrating Denver's pride in its mining supremacy: 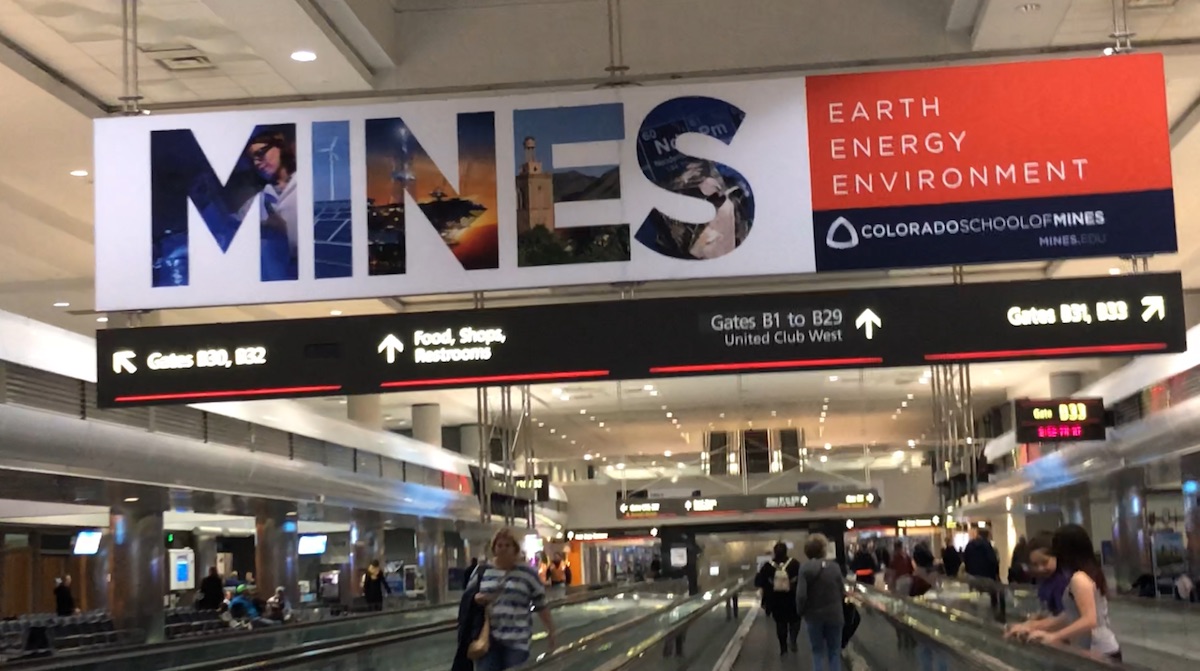 Denver is a mining city and loves it. There is no reason why Vancouver can't acknowledge that it is not just a mining town but a forestry town as well. As the recent Business in Vancouver Top 100 public companies list confirmed, for another year the majority of those top companies are in natural resources, mostly in those two industries.

Although the University of British Columbia isn't in the very top echelon of mining educators, its 14th place ranking is more than just respectable - it is something we too can be very proud of. UBC's forestry program is also highly rated, tied for 15th place among forestry/agriculture programs globally. Taken together, mining and forestry are a nearly unique strength for UBC. The only university that ranks higher in both streams is the University of California at Berkeley. That's a pretty good basis for a signage campaign at YVR, or whatever ideas might come along.

Embracing these rural-based sectors doesn't mean we all move to rural areas. Far from it. The mining and forestry are sectors rich in technology, administrative, marketing, financial and academic jobs – in other words, urban jobs.

A strong resource sector helps to make British Columbia strong as it relies on dependable infrastructure wherever it operates. Roads must be kept up, there has to be broadband service, and without basic services delivered by municipalities, there is no way to operate mines and mills in rural areas. It so happens that these are the same conditions required for the general population to thrive, and for industries like tourism to grow.

Industry could probably do more to promote itself to the public, but there is a role for governments too. Embrace and celebrate the sources of our best-paying jobs, and over time it's possible that the embarrassment of being a low-wage town with unaffordable real estate might begin to abate.

Stewart Muir, founder and executive director of Resource Works, is a former business editor of The Vancouver Sun and was managing director of a new Toronto-based business venture of The Canadian Press.