Innovation for a turbulent year

From battling misinformation during the Wet’suwet’en crisis to launching the Resource Innovation Forum, Resource Works proved itself a critical advocate for Canada’s resource sectors. We look back on 2020, a year of adapting to meet new challenges and emerging opportunities. 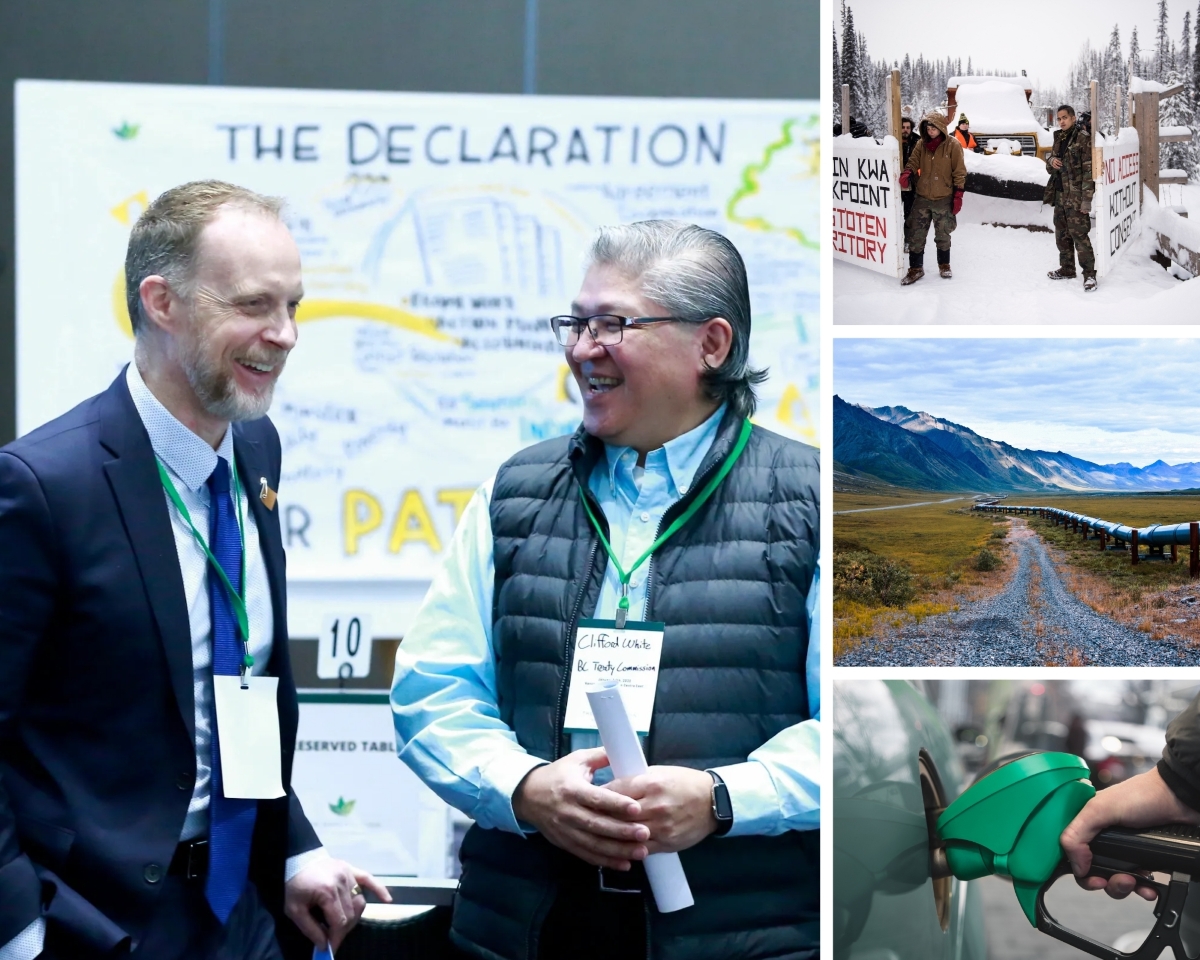 2020 was so tumultuous that it’s easy to forget just how much happened in the world of Canadian natural resources.

The year began with good news: in January, LNG Canada started constructing its LNG export facility in Kitimat, BC. And in February, the Federal Court of Appeal dismissed four challenges to the federal Cabinet’s approval of the Trans Mountain Pipeline Expansion Project.

But as February progressed, Teck Resources pulled the plug on their proposed Frontier Oil Sands project, citing the absence of "a framework in place that reconciles resource development and climate change." For many, this was a sign of a turbulent year ahead for Canadian energy.

Meanwhile, Canadians were surprised to find their highways, bridges, and railways blockaded by protesters, and "Wet’suwet'en" became a household name. Quebec nearly ran out of propane and other goods as trains failed to arrive at their destinations. Debates raged as protesters attempted a citizen’s arrest at Premier Horgan's home, and the "Extinction Rebellion" came and went, making news in Canada and around the world.

As April rolled around, British Columbians started hearing about a new virus on the other side of the world, and before long, we stopped shaking hands and started bumping elbows. And then everything shut down. Cruise ships were stranded at sea, and students fled their campuses. The price of oil crashed and ended negative for the first time in history.

Soon, we were all inside tuning into Dr. Henry or watching the Prime Minister’s updates on the steps of Rideau Cottage. As spring turned into summer, we got used to masks, and some of us had some fun with sourdough starters and watching the Conservative Party's leadership race resume.

There was some good news in the resource world. On July 2nd, the Supreme Court of Canada upheld the Federal Court of Appeal's decision on approving the TMX pipeline expansion, providing an important legal precedent on what constitutes adequate First Nations consultation. 120 out of 129 Indigenous groups potentially impacted by the project supported the project, which Canada's Energy Regulator forecasts will play an essential role in the years ahead.

After a challenging year, our forestry industry also received some welcome news. On August 24th, the World Trade Organization ruled in Canada’s favour, that the US duties on softwood lumber are inconsistent with WTO obligations. While the US appealed the decision, it conducted a First Administrative Review on November 24th, which reduced most companies' tariffs to 8.99% from 20.23%.

Meanwhile, Saskatchewan, Ontario, and Alberta brought their case against the federal government’s carbon tax to the Supreme Court on September 22nd in what’s sure to be an important case for energy producers and producing provinces. As the case unfolds, the federal government has introduced its updated climate strategy, Healthy Environment, Healthy Economy, which outlines a planned increase of the carbon price from $30 per tonne to $170 per tonne by 2030. The government also gazetted the liquids portion of the Clean Fuel Standard, which the Canadian Chamber of Commerce says will raise fuel costs by 30%. (The previously planned gaseous fuels component of the CFS has been quietly left behind in favour of the much higher carbon price.) Not only will an increased tax burden be imposed on consumers, but carbon-heavy industries like mining may be jeopardized as they compete against competitors in countries with lower carbon taxes or none at all. Both the increased carbon price and Clean Fuel Standard are intended to get Canada on-track to meet its 2030 commitments under the Paris Agreement and its goal of net-zero emissions by 2050.

As winter began, BC's fishing industry took a hit when the federal government announced that 19 fish-farms on the Discovery Islands must close, against the government's own scientific advice and without consulting Vancouver Island mayors—leaving 1,500 Islanders out of work and $379.7 million of economic output lost for the Northern Island. This comes after a challenging year for BC’s fishing industry, struggling from the Big Bar landslide's effects on the migration of wild salmon in the Fraser River.

With 2020 coming to a close, the federal government announced two significant developments to help Canada reach zero emissions by 2050. On December 16th, Minister O'Regan announced the creation of Canada’s first-ever Hydrogen Strategy. Two days later, the Minister released a national SMR Action Plan responding to the recommendations of the 2018 SMR Roadmap. Both strategies highlight the emerging opportunities for clean and economically viable energy and are sure to be of great importance in the new year.

With new movements, taxes, and policies following the pandemic, 2020 shifted the paradigm for natural resource development in Canada. Resource Works adapted to meet new needs as they arose, and our organization showed itself able to turn on a dime.

With BC adopting the United Nations Declaration on the Rights of Indigenous Peoples in late 2019, we saw a need to bring together Indigenous leaders and business people to find a path to shared prosperity. Our January 14th, 2020 event, Finding the Path, was the first major conference where the economic and business impacts of UNDRIP-related legislation were explored, as over 600 attendees converged at the Vancouver Convention Centre to discuss Indigenous economic development. With the federal government promising to introduce UNDRIP on the national level, Resource Works plans to return for a second event in 2021, public health conditions permitting.

In February and March, we observed that organized pressure groups were drowning out Wet'suwet'en voices, pushing an anti-development agenda inconsistent with the hopes of many Indigenous communities for economic development and shared decision-making. We rapidly mobilized to Northern BC and spent weeks on the road interviewing Indigenous community leaders and amplifying local voices and their hopes for the future. Our work resulted in a tangible shift in the national conversation around Coastal GasLink and LNG Canada, with publications, information, and viral Twitter stories. 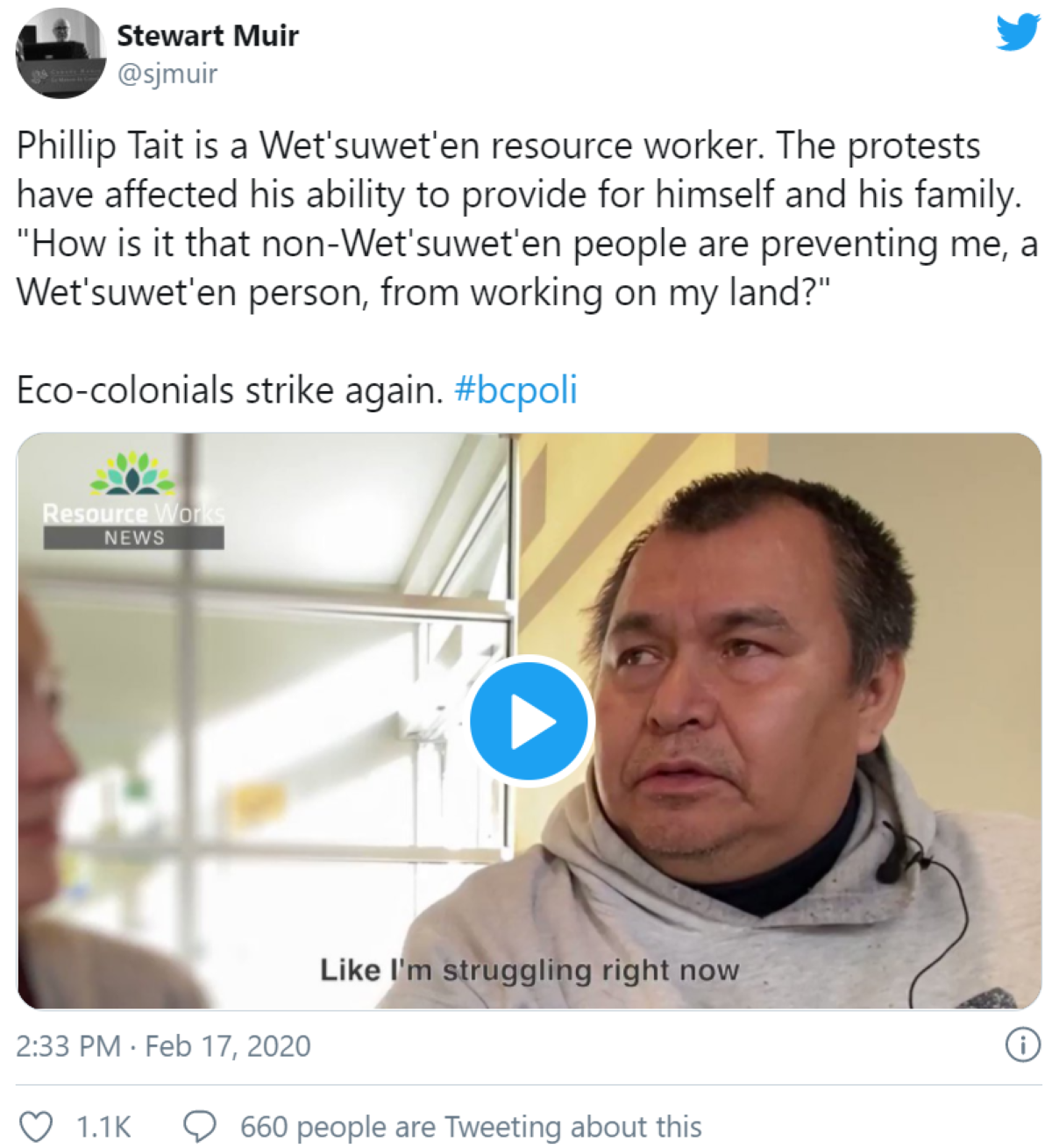 We sought out the voices of the silent majority, interviewing Indigenous resource workers, community leaders, and business people. We also sought to ground our work in authentic perspectives on Wet'suwet'en governance, listening carefully to matriarchs and hereditary chiefs within the community. 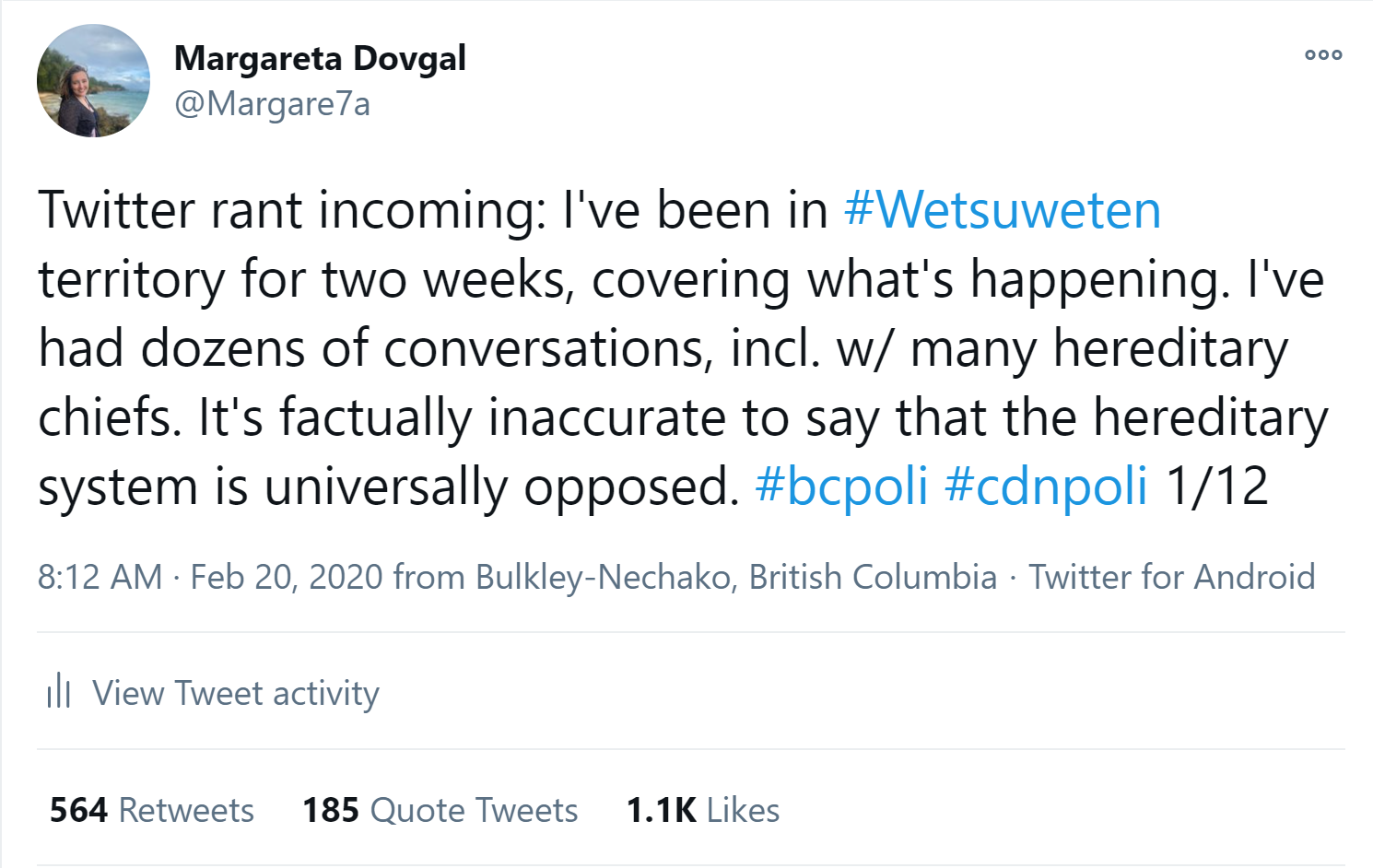 As the pandemic emerged, we launched Resource Works From Home, bringing energy, mining, and industry experts to our advocacy community through participatory Zoom webinars. This series has transformed into the Resource Innovation Forum, sponsored by Cenovus Energy, drawing speakers from Canada's top thought-leaders and innovators in the resource, environment, and investment industries. This webinar series has been recorded and can be found here.

Resource Works' work over the summer was a continuation of its policy advocacy work for economic recovery in "the next normal" with its report, Team Canada For the Rebuild. The report recommended investment in workers; innovative linkages between sectors; accelerating the application of new technologies; establishing strong partnerships between government, industry, and First Nations; and legal and regulatory reforms to turbo-charge recovery within the context of strong environmental standards, as well as a national Task Force for recovery. When we didn't see it happening, we made it happen.

In October, British Columbians gave Premier Horgan’s NDP a majority government. Following the election, we worked with BC mayors to launch a campaign: Healing the Divide. With leadership from Mayors Lori Ackerman and Walt Cobb, 25 BC mayors from resource-reliant communities reached out to Premier Horgan with a message of unity around jobs and recovery. With ready projects and restored investor confidence, BC's natural resource industry can carry our province into economic recovery. Resource Works saw this positive message of unity and prosperity reach thousands of Canadians through publications including the Vancouver Sun and Toronto Star.

Finally, by year's end, we published 69 articles to our website—keeping Canadians informed on natural resource news and championing responsible development.

If 2020 was anything, it was unpredictable. It was a year of adapting to changed realities and new paradigms, both in BC and around the world. Resource Works is proud to have risen to the occasion, and we look forward to responding to the needs of 2021 with the same speed, agility, and expertise for which we are known.