Inventys: Saving the world by braving hi-tech's "Valley of Death"

Greener and more efficient use of our precious natural resources can only come from harnessing technology. In the Naturally Resourceful series, Resource Works writer Don Hauka looks at the British Columbia companies that are on the leading edge of this transformation. Fifth in the series. 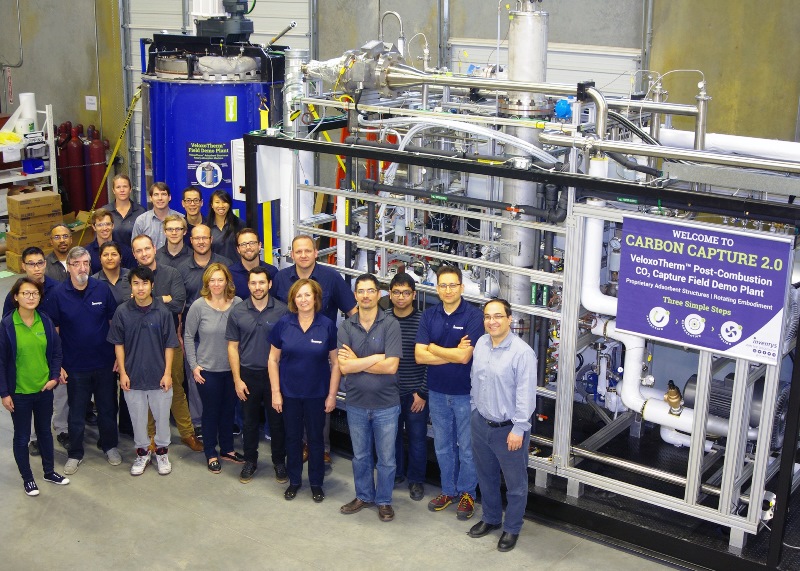 If you want to save the world through carbon dioxide capture, you have to brave hi-tech's "Valley of Death."

To do that, you need a killer idea that leads to a game-changing innovation. And Burnaby-based Inventys has just that.

To capture the CO2, which is often very diluted within a huge volume of gas, Inventys has created a collection system that's just 10 metres by 50 metres on the outside. But inside, it's as big as all outdoors.

"In that small machine, we have the equivalent of the surface area of 1.5 times the size of Vancouver Island," says Claude Letourneau, Inventys President and CEO. "That's cool, eh?"

Letourneau says the process is cheaper than the liquid-chemical based capture systems currently in use, both in terms of capital and operating costs. Liquid-based systems cost between $60 and $90 per tonne of CO2 captured. The VeloxoTherm process can do the job for less than $30 a tonne.

"The major advantage is that we are one-third the capital cost of a liquid-based system and half the price in total cost of operation than the chemical recovery," Letourneau says.

That advantage is opening doors to major firms like Husky Energy. Inventys is working with Husky at their Pikes Peak South heavy oil project in Saskatchewan.

"We're currently testing it on a small scale in the field and we are working with Husky now to shape the design of a 30 tonne a day plant to be installed at the end of this year," says Letourneau. "That will be the first large-scale demonstration of this technology in that particular application."

The process also has application around the globe, whether it's a coal-fired power plant in the United States or a natural gas plant elsewhere, the potential market for the VeloxoTherm process is massive. And that's because the scale of the carbon capture challenge is huge.

"The amount of CO2 that needs to be captured total from today to 2050 is 82 gigatonnes -- that's 82 billion tonnes of CO2 to be collected," says Letourneau.

"If we were to equip the world with our equipment over the next 30 years, our sales would be $450 billion. That's a big, big market."

This is the kind of innovation that has B.C. and Canada at the forefront of carbon capture technology development. Letourneau says the public is largely unaware of these and other resource-based hi-tech innovations because they "don't see them in the consumer market or in their day to day lives."

But the real challenge facing hi-tech innovators is much bigger than a lack of profile.

"A commercial success requires a lot of funding and development time to bring it to market and that’s what many companies are struggling with. We call this 'The Valley of Death,' and getting through it is always a big challenge, but I think what we're trying to do here at Inventys is to partner with the right financial partner and end-user that will allow us to develop a product where there's a need for it."

Asked why take such a perilous journey and Letourneau has a simple answer.

"We're trying to save the world."