If the world has lots of natural gas, why does Japan want Canada's?

A presentation by a Japanese company at a Canadian LNG conference shows that Japan wants Canada's LNG for very specific reasons related to its own energy strategy. 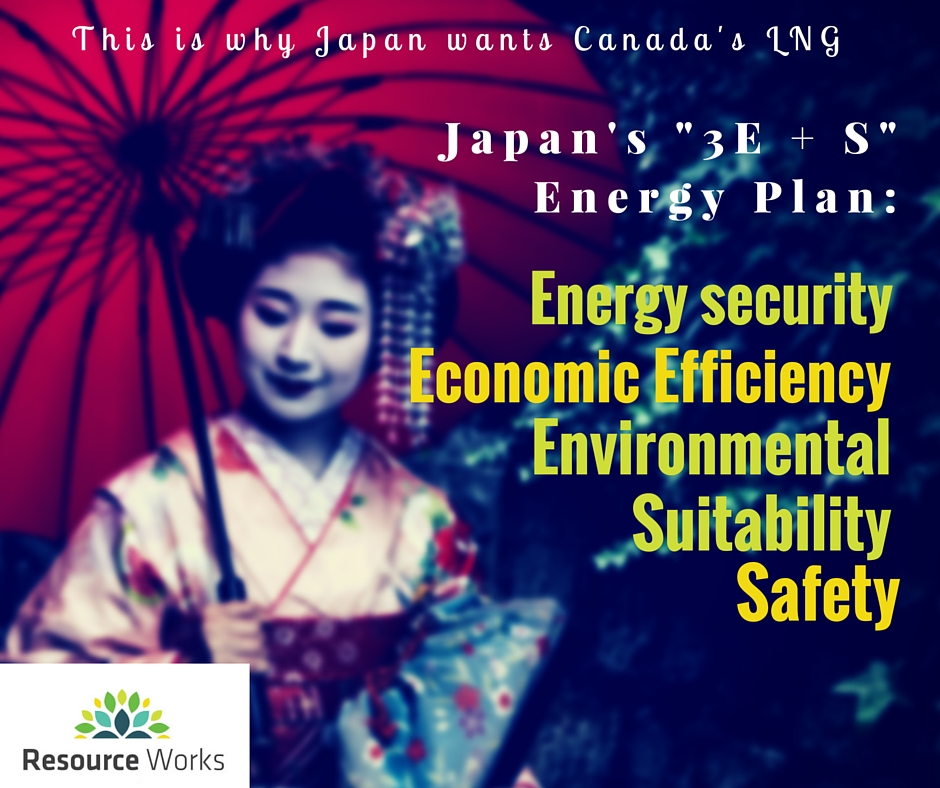 It's well known that a number of state-owned energy companies from Asia are part of the numerous liquefied natural gas proposals along British Columbia's west coast. The question that seems never to be asked is: why?

In a presentation to a Calgary LNG conference, one Japanese energy executive attempted to explain this appeal. Takashi Yamada, general manager of the Vancouver office of JOGMEC (Japan Oil, Gas and Metals National Corporation) demonstrated that Japan is more dependent on oil and gas imports than any other nation, and this dependency is increasing.

For Japan, this policy pointed very clearly to a shift toward natural gas that would satisfy the Safety strategy in the wake of the Fukushima nuclear disaster. Gas, imported as LNG, is seen as enabling energy security because it also allows Japan not to be too dependent on a small number of suppliers, since multiple countries are today exporting LNG.

Cost reduction is also core to the strategy, and Canada's abundant and relatively inexpensive supplies play well into this need.

Too often, Canadians seeking to understand the cloudy LNG future fixate on domestic factors – how much gas do we have, are proper safety precautions being used in production and transportation, is natural gas as virtuous in climate terms as its boosters say it is.

Without this Japanese perspective, we can forget that Canada is not merely a commodity producer. It is also a manufacturer of geopolitical security at a time when transparency, environmental stewardship and the rule of law are primary values for a country like Japan seeking to expand its trade relations.

When Japanese decision-makers look at Canadian opportunities, these are significant factors in their thinking. As Canadian trade in the Pacific Rim matures and becomes competitive with savvy resource-exporting nations like Australia that have outcompeted us in multiple Asian markets, a more nuanced perspective here at home will aid broad understanding of our prosperity options.