Where is Canada’s “just transition"?

With thousands of jobs on the line and challenges meeting its net-zero emissions goals, Canada needs to get serious. That means being realistic, and it means having a plan for energy workers. 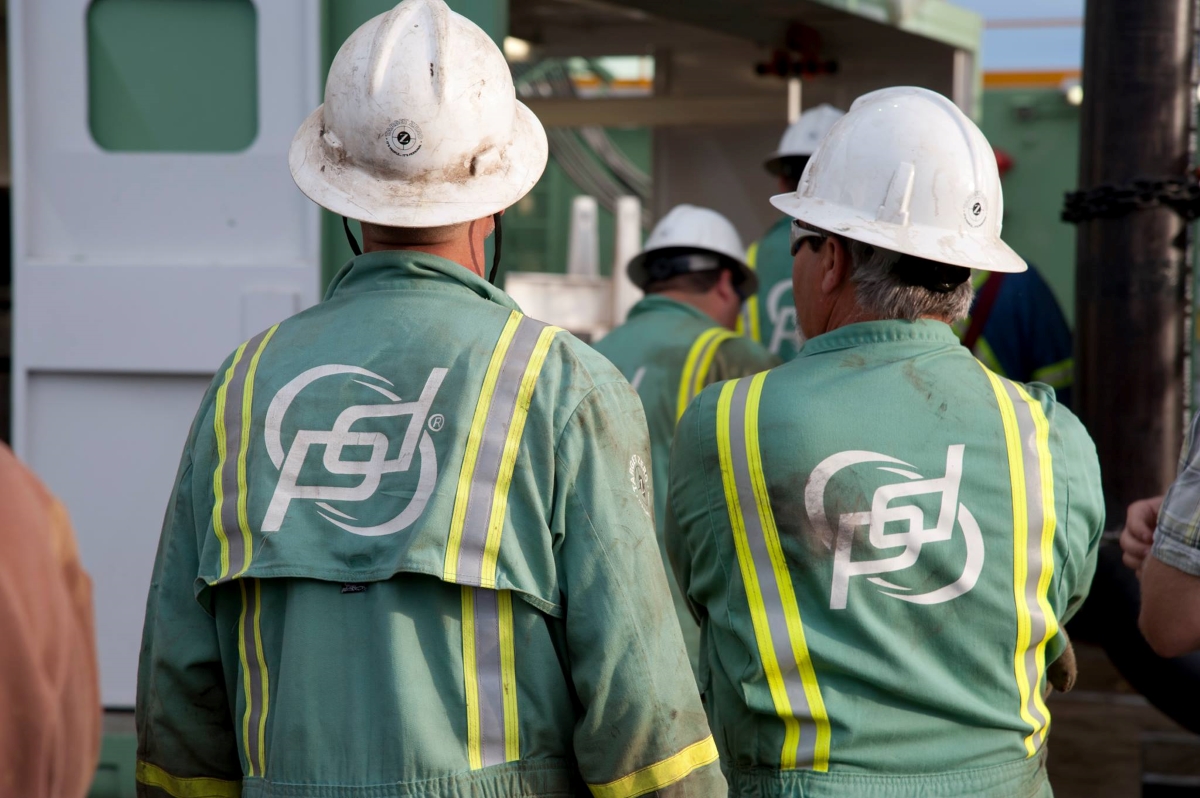 As the world slowly transitions to renewable energy, what will happen to oil and gas workers in Canada?

The severity of the question was underlined when the Toronto Dominion Bank came out with this outlook in April:

“The belief is that many of those displaced will find a home in the clean energy sector, but we should not assume that the transition will absorb all displaced workers.”

“Union whose O&G worker-members earn $1,820/week avg is cheerleading a move into ‘care services', where pay is $1,038. That should be popular,” wrote Muir.

Unifor’s support for the emissions goals (and for even more stringent ones) was, as we note, conditional — “only if there's a plan for a ‘just transition’ that won't leave workers behind.’

Natural Resources Minister Seamus O’Regan says the transition from fossil fuels is about lowering emissions. He says that needs to happen effectively and urgently — but not leaving the oil and gas sector behind.

“Canada’s oil and gas workers helped build this country, and they’ll be the ones to build our low-emissions energy future.

“They’re engineers, trades workers, scientists, investors and more. I want them to have the well-paying jobs they need to lead the way.”

The latest federal budget included $55 million over the next three years for job-training programs that include workers in “transforming sectors like energy.” It also earmarked another $960 million over three years to train people for clean tech, health, and construction jobs.

But Jim Stanford, an economist from the Centre for Future Work, says Ottawa needs to spend $1 billion per year, starting right now.

Stanford says the transition could be designed so that the vast majority of current employees can work out their careers and retire without being replaced, while younger ones can receive sizable government support — around $250,000 each — to relocate and train to work in new industries.

But where, he asks, is Ottawa’s Just Transition Act? That’s another big question.

The federal government first promised the legislation at a United Nations climate-change conference in November 2019: “We will come forward with legislation that commits us to a net-zero-by-2050 goal, with milestones every five years, paired with a Just Transition Act to make sure we keep people at the centre of our policies. We must address climate change in a way that’s empathetic and sensitive to legitimate concerns about this transition.”

And Prime Minister Trudeau promised it again in the election campaign later that year.

“We will ensure energy workers and communities can shape their own futures by introducing a Just Transition Act, giving workers access to the training, support, and new opportunities needed to succeed in the clean economy.”

But that legislation is still nowhere in sight.

O’Regan says the government is working on it and will consult with workers and industry before it is tabled in Parliament.

Meanwhile, there are no details, no timetable, and no word on when those 600,000 Canadians who owe their jobs to the oil-gas industry will get to see it.

Yet the absence of employment goals has not stopped the government from pursuing its climate goals. On the road to its current target of net-zero by 2050, Canada has set an interim 2030 target: slashing Canada’s greenhouse gas emissions by 40-45% below the levels the country emitted in 2005.

Meanwhile, in a new report, the International Energy Agency suggests that employment across the world in oil, gas, coal, and coal-power plants, could decline by around five million if the world sticks to goals for net-zero emissions by 2050.

The IEA’s “pathway” report will be a shocker to those who work in our fossil-fuel sector.

It paints this picture: If the world truly aims to hit net-zero emissions by 2050, it would require ‘a total transformation' of global energy systems, no new oil/gas/coal, and ‘vast amounts of investment’ and innovation.

Of the IEA’s pathway to net-zero, Stewart Muir writes: “It turns out to be a goal of staggering difficulty. Yet, with a level playing field in place, countries like Canada have the resources to get us there.”

However, he says, “IEA has engineered a document that is a dead letter even before it has been debated.” This is because of a “red flag” proposal that would favour petroleum production in the “dictator regimes” of OPEC countries.

And there’s a basic question for the IEA: Does the world really mean to shoot for net-zero by 2050?

The record of meeting much easier climate commitments is laughable.

The 196 countries that signed the Paris agreement in 2015 pledged to work to keep the world’s average temperature well below rising to 2°C above what it had been before the industrial revolution – and preferably to keep it below 1.5°C. Each country set national targets accordingly.

So how many nations have met their Paris targets?

According to the non-profit Climate Action Tracker, the answer is that only two of 196 countries have met their 1.5°C obligations: Morocco and The Gambia. 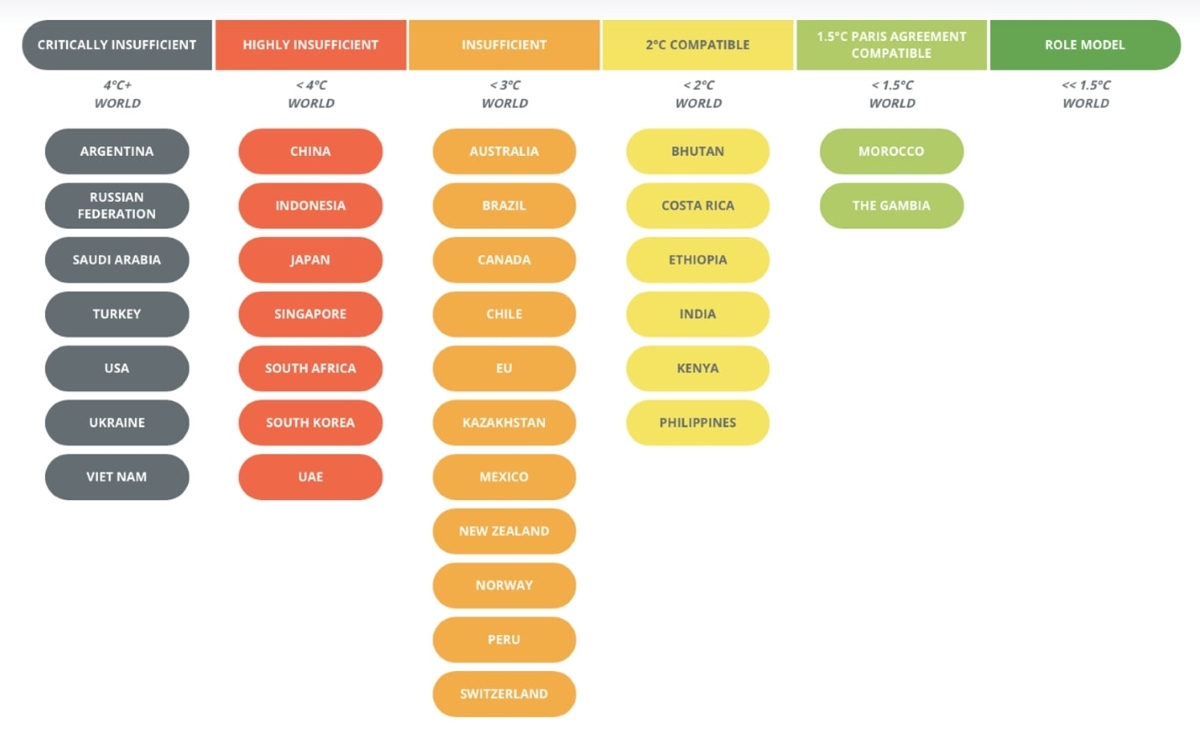 Another six have met Paris goals that would mean a 2°C increase: Bhutan, Costa Rica, Ethiopia, India, Kenya and the Philippines.

As of last November, Canada was listed as one of 11 countries where progress was deemed “insufficient,” more in line with a 3°C increase.

Seven nations—including China—were branded as “highly insufficient,” with emissions on track for a 4°C boost. Seven more, including the US, were labelled “critically insufficient” with an increase of over 4°C.

He adds: “You have 800 million people who do not have access to electricity. You can’t say that they have to go to net-zero. They want a higher standard of living for their people, and you can’t stop it.”

It’s time for Ottawa to get serious about its climate goals, and that means being realistic. And if it does, it needs to act on its commitment to offer meaningful help to the workers transitioning out of the industry it’s attempting to deconstruct.